The Shin Bet requested recently Russia to help block any hacking attempts of the upcoming general elections in Israel. 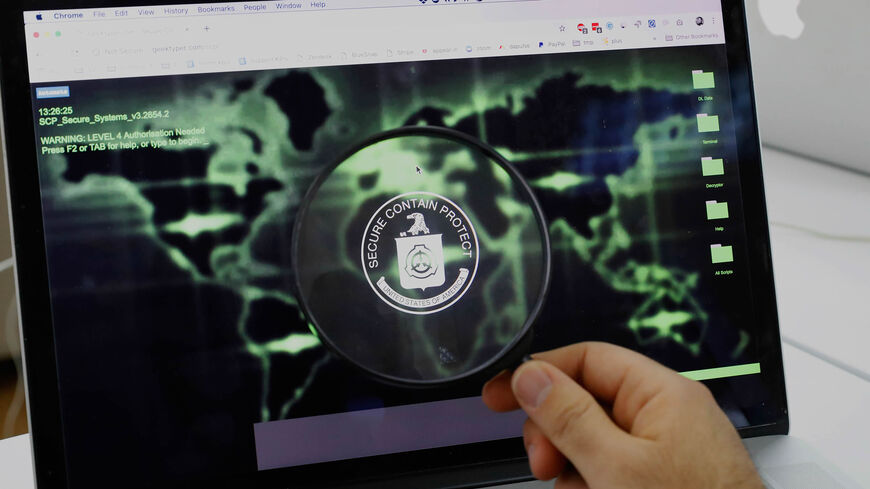 General elections in Israel are just 2½ months away. Organizing a fifth election in only 3½ years demands quick organization, but Jerusalem is not neglecting an important aspect — that is preparing for eventual exterior attempts of hacking.

This threat is not new. Ahead of Israel’s April 2019 elections, then-Director of the Shin Bet security agency Nadav Argaman warned that a foreign power would try to influence the voting.

Addressing a January 2019 event hosted by Friends of Tel Aviv University, Argaman said he was “100% [certain] that a foreign state will intervene in the upcoming elections; I know what I’m talking about, I just don’t know in whose favor.” He said that he also did not know the political interests behind the hacking and cyber-meddling plans.

Israeli pundits were certain that Argaman was referring to Russia. Indeed, the Russian Embassy in Tel Aviv denied the report the very next day. The Shin Bet itself issued a statement assuring voters, “Israel and the intelligence community have the tools and capabilities to identify, monitor and thwart foreign influence efforts, should there be any.”

The issue resurfaced recently ahead of the Nov. 1 Knesset elections. Al-Monitor has learned that the Shin Bet appealed to its Russian counterpart in Moscow to avoid and prevent any interference in the Israeli campaign and voting.

Such meddling could be conducted by hackers trying to infiltrate computerized election systems, bring them down at crucial moments or skew the data fed into these systems or transmitted by them. Other tools include fake social media profiles, bots, avatars and additional means used to spread fake news and disinformation in order to sow discord and perhaps influence certain constituencies to vote for certain parties.

Intelligence sources believe such external interference was attempted in election rounds of recent years. Israeli experts recently warned that Iran, too, was trying its hand at such interference, mostly by spreading fake news through Israeli social media platforms in a bid to intensify Israel’s record-breaking social and political upheavals.

Israel’s request/warning of Russia to avoid meddling comes at a particularly sensitive juncture in the two countries’ relationship. Russia is trying to shut down the operations of the Jewish Agency, an organization that encourages and facilitates the immigration of Jews to Israel. Israeli leaders are deeply concerned by this move, especially given that some 150,000 Jews still live in Russia. Israeli President Isaac Herzog discussed the matter last week with Russian President Vladimir Putin in a conversation attempting to warm the recently cooling ties between the two countries.

Also at issue is a chunk of valuable Jerusalem real estate — the Church of St. Alexander Nevsky — that is next door to the Church of the Holy Sepulchre in Jerusalem’s Old City. Russia is demanding control of the late 19th-century church based on historic records. Former Prime Minister Benjamin Netanyahu promised in 2020 to hand over the site to Russian hands, but his promise has become entangled in Israeli legal proceedings, prompting Moscow’s ire.

Israel has many good reasons to maintain good ties with the Kremlin, chief among them Russia's military involvement in Syria, where Israel has been making intense efforts to dislodge Iran’s presence and its project to retrofit Hezbollah’s rocket arsenal into precision missiles. Russia has deployed sophisticated S400 anti-missile batteries in Syria, raising concerns that they could lock onto any Israeli plane taking off into Israeli air space or beyond.

Nonetheless, Israel decided to convey to the Russians a polite request regarding potential election meddling, but not to make it public. The Shin Bet presumably has proof of alleged Russian interference plans this time, too.

Russia is not Israel’s only cyberthreat headache ahead of the elections. An additional, far more immediate and determined threat, emanates from Iran, with which Israel is involved in a long-running shadow war on various fronts, including cyberspace. Iran, according to foreign news reports, recently attempted cyberattacks targeting Israel’s water infrastructure and even its early warning system against incoming missiles.

More significant cyberattacks in Iran have been attributed to Israel, among them the crippling of the strategic Bandar Abbas seaport and a fire that heavily damaged a steel plant owned by the Islamic Revolutionary Guard Corps.

Investigations by various media and other organizations in recent years have turned up proof of Iranian interference attempts in both the United States and Israel. The US media company Vocativ, for example, issued a report in January 2019 saying it had found hundreds of fake Iranian accounts on Israeli social media pages designed to sow social division and influence voting.

“The interference is not politically motivated,” an Israeli cyberexpert and former senior security official told Al-Monitor on condition of anonymity. “The Iranians are not really interested in the success of this or that political party. As far as they are concerned, everyone is the same. What they are trying to do is destabilize Israeli society, and intensify divisions, hatred and anger. In this regard, they have a broad range of targets in an area that is almost completely unprotected.”

Israel is considered one of the world’s top four cyberpowers. The defense cyberarray is under the purview of the military’s Cyber Defense Division.

Israel is expected to invest extensive energy and resources to thwart foreign meddling designed to influence its democratic process. Israel will also try to confront disinformation campaigns, for example those using fake social media accounts, although that is a tougher mission. Israel is in the process of setting up sophisticated fire walls to address such attacks, all the while aware that the other side will always find ways to circumvent them.