Israel will allow Palestinians to travel to Turkey through Ramon Airport on a pilot flight that may expand routes and numbers. 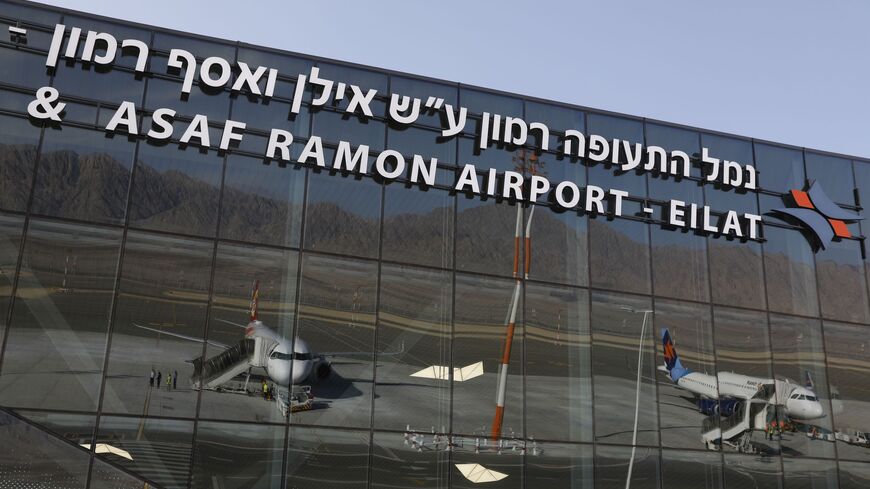 RAMALLAH, West Bank — The first flight for Palestinian travelers from Ramon Airport near Eilat will depart on Aug. 22 to the Turkish city of Antalya. The pilot flight allows Palestinians to travel through an Israeli airport based on an agreement with Turkey-based airlines.

The flight will initially carry passengers from the southern West Bank — in particular Bethlehem and Hebron, given that this area is the closest to the airport. Travelers from this area reach Ramon Airport in a four-hour drive.

Amir Assi, the strategic consultant to Arkia Israeli Airlines, told the Israeli Broadcasting Corporation (Makan) that the first flight will depart on Aug. 22 to the Turkish city of Antalya. Another flight will depart for Cyprus. The first trip will be a starting point for other flights to other destinations, according to Assi.

Assi indicated that Palestinian travelers will have to appear at the Mitar checkpoint near Ad-Dhahiriya municipality south of Hebron on Hebron-Beersheba road, where they will be searched and then transferred to Israeli buses that will take them to the airport.

He also pointed out that travelers were instructed to take a small handbag only, given that the Mitar checkpoint is not equipped for baggage inspection as is the case in airports. However, travelers can bring whatever luggage and bags they want on their return. The number of flights in the final stage is expected to be substantial, with two flights scheduled per week to Istanbul and Antalya — the two most visited destinations by Palestinians. Cyprus was added to the list, and flight routes to Sharm el-Sheikh and Dubai are in the pipeline.

Israel is trying to promote that it is allowing Palestinians to travel through Ramon Airport as part of the economic easement facilities it is offering Palestinians. However, the step — which comes after US President Joe Biden’s visit to the region — would also be profitable for Israel amid the poor popularity among Israeli travelers of Ramon Airport.

Meanwhile, the Palestinian government saw the arrangement as a bypass of Palestinians' rights to have an independent airport. “The government affirmed the Israeli step has not been coordinated with the Palestinian Authority (PA),” spokesman for the Ministry of Transport and Communications Moussa Rahal told Al-Monitor.

“The matter has been included on the Palestinian political leadership’s agenda and is being reviewed. A decision will be taken on how to handle it,” he said, pointing out that allowing travel through Ramon Airport was a unilateral measure not coordinated with the PA.

He added, “Israel ought to abide by the agreements signed between it and the PA and hand over Al-Quds International Airport to the State of Palestine for its re-operation or allow the PA to have a private airport in the eastern West Bank. Israel is obstructing the travel of the Palestinians through the Karama crossing to force them to travel through Ramon Airport. But the PA government is betting on citizens’ awareness not to fall into the trap. Israel will reap economic gains from the recent measure, which violates Palestinian sovereignty and rights of having an airport.”

He further explained that Palestinians would have to drive at least 400 kilometers to get to the airport and would be subject to restrictive and difficult procedures.

Rahal argued Israel is inflating its recent decision to show the world that it has been easing the movement of Palestinians. “If Israel wanted to make our lives easier, why is it banning us from traveling through Ben Gurion Airport, much closer to the West Bank than Ramon Airport? Only a few Palestinians are allowed to use Ben Gurion Airport subject to special procedures, restrictions and permits.”

In order to travel, Palestinians are forced to pass through Al-Karama crossing in the city of Jericho, stamp their passports there, pay an exit tax of about $48, then go on a bus to the Allenby crossing point for a second security check and inspection. Palestinian travelers then are transported to the Jordanian bridge of King Hussein for a third check before entering Jordan and paying another tax of around $14 in addition to the cost of transportation. Travelers will from there need to reach Queen Alia Airport and undergo yet another inspection.

Palestinians have long called on Israel and the international community to allow them to operate Qalandia Airport. Prime Minister Mohammad Shtayyeh urged Israeli authorities on June 25 to open Qalandia Airport in Jerusalem for Palestinians and remove obstacles restricting the movement of people and goods to and from Palestine.

Qalandia Airport is located north of Jerusalem and was built by Britain more than 100 years ago as the first international airport. It was operational during the period of Jordanian rule before 1967, but Israel closed it in 2000. In recent months, Israel started setting up a settlement on the airport's premises.

Regarding Israeli motives behind the opening of Ramon Airport to Palestinians, the Palestinian Forum for Israeli Studies (MADAR) said in a study based on statistics that Ramon Airport was built in 2019 at a cost of 1.7 billion shekels ($515 million) in an area of ​​about 14,000 acres that can be expanded, about 18 kilometers north of Eilat from the south of the West Bank and 340 kilometers from city of Jerusalem.

MADAR argued that the project proved to be economically unsuccessful, as the number of travelers from Ramon onboard international flights in 2019 amounted to about 348,000, and in 2020 it dropped to 126,000, falling in 2021 to only 4,800. In the first quarter of 2022, only 20 passengers on nine different flights used Ramon Airport.