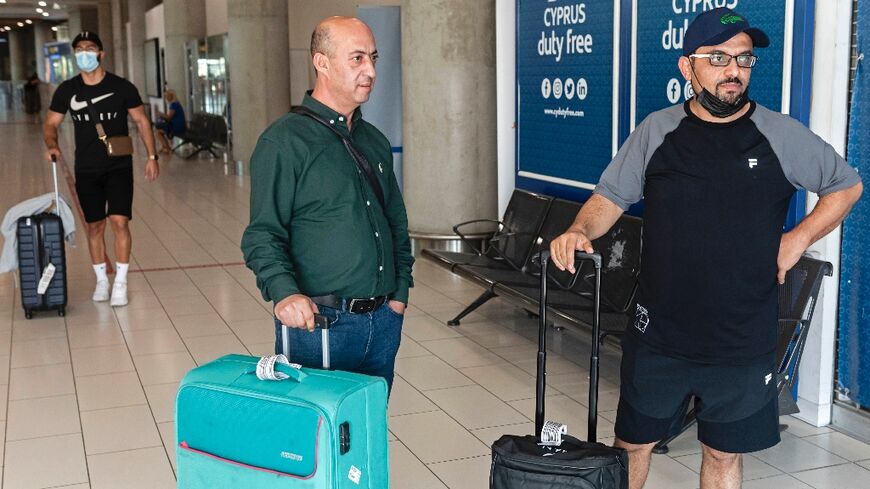 A group of Palestinians from the occupied West Bank flew abroad from an airport in Israel's Negev desert for the first time Monday, arriving in Cyprus under a newly launched pilot scheme.

"This is the first trip for us from Ramon" airport, said Sofiane, a Palestinian pharmacist who declined to provide his surname.

"We got this opportunity for the first time as Palestinians," he said, adding that the group was made up of pharmacists from around the West Bank.

An AFP correspondent said around 25 Palestinians arrived on Israel's Arkia airlines flight from Ramon airport, near the southern Israeli resort city of Eilat, into Larnaca airport on Monday afternoon.

A spokeswoman for the Israel Airports Authority had earlier told AFP that around 40 Palestinians were expected to be on board.

While residents of Israeli settlements in the West Bank can travel abroad from Israel's main international airport near Tel Aviv, the vast majority of Palestinians from the territory are banned from doing so. 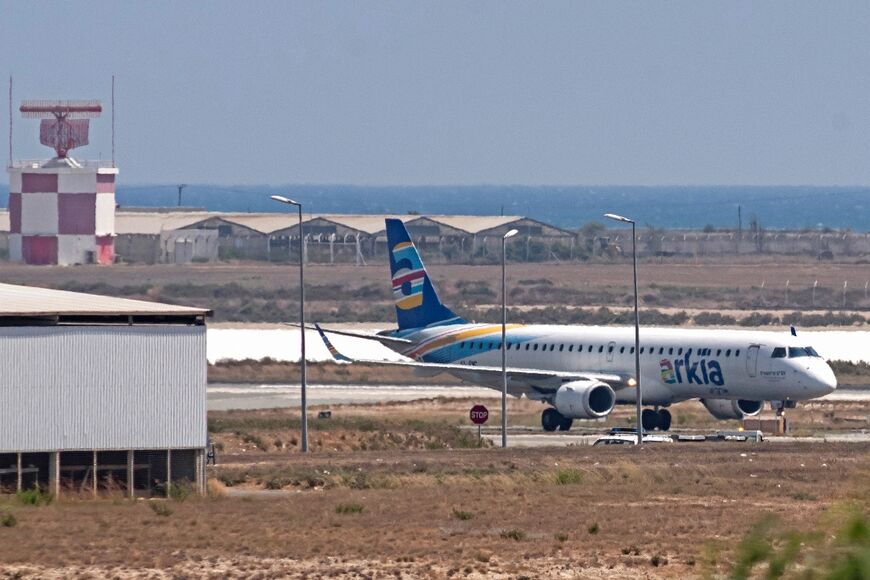 Palestinians must instead make an overland crossing from the West Bank to Jordan, before boarding a flight in the country's capital Amman.

"We were supposed to fly from Jordan but they managed to arrange a flight from the airport in Ramon," Sofiane said, referring to the travel agency that organised the trip.

"The security check was tricky, especially for the women," he added, but "things moved smoothly and here we are."

The King Hussein (Allenby) crossing between Jordan and the West Bank last month saw "an unprecedented rise in the number of travellers", a Jordanian official said.

"We're on an adventure since we are not used to travelling," Sofiane added.

Rather than permit Palestinians to fly from Ramon, some 180 kilometres (112 miles) south of the West Bank, Palestinian prime minister Mohammad Shtayyeh called on Israel to instead reopen Jerusalem airport.

"He demanded these authorities open Jerusalem airport in the Qalandia area, and remove obstacles to the movement of individuals and goods to and from Palestine," a cabinet meeting statement said last month.

The airport in east Jerusalem was used by Palestinians until the 1967 Six-Day War, when Israel captured the area and other Palestinian territories.

Israelis operated the Jerusalem airport until 2001 and it has since been deserted, though there are plans to build a settlement on the site.

The first flights in the Ramon pilot programme were expected to be operated by Turkish airlines, but the Israel Airports Authority said Sunday that the involvement of foreign firms in the scheme had been postponed.

Palestinian president Mahmud Abbas was due to travel Monday to the Turkish capital Ankara, days after Turkey and Israel restored full diplomatic relations.