After submitting its response to the European Union’s proposal on reviving the 2015 nuclear deal, Iran says it's waiting answers on its own “practical ideas and initiatives.” 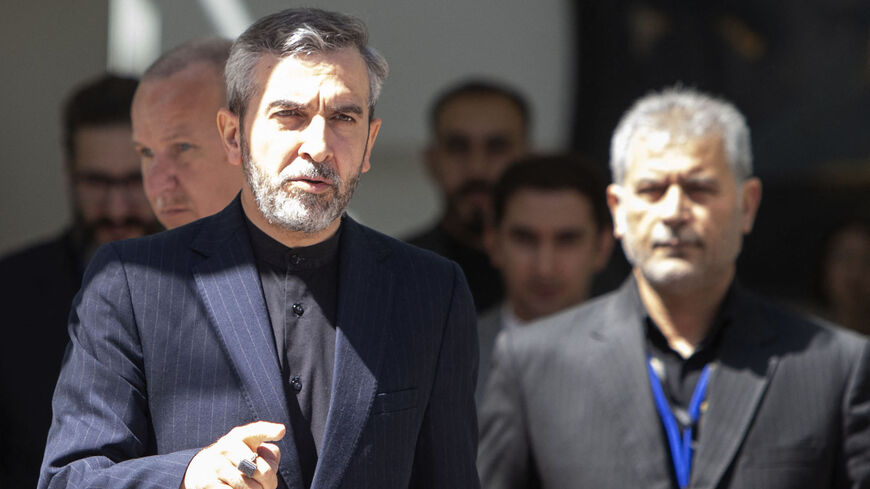 Iran’s state news outlet reported that Tehran’s response to the European Union’s proposal on restoring the nuclear deal carried “practical ideas and initiatives” and that Tehran was now awaiting a response by the end of Wednesday.

The report said the Iranian response was the “conclusion” of the talks that were held over 16 months, mostly in the Austrian capital, Vienna, to reinstate the Joint Comprehensive Plan of Action (JCPOA).

An informed source told the Reformist Etemad newspaper that Iran had brought up some issues but “an agreement was within reach.” It remained unclear what ideas Iran brought up in its response. But the EU proposal reportedly touched upon the so-called safeguards probe regarding concerns of the International Atomic Energy Agency over ambiguities at two nuclear sites.

The US government has already voiced readiness to seal a deal based on the EU proposal given to the Iranian side last week.

Iran’s Foreign Minister Hossein Amir-Abdollahian has said a deal could be signed “in the coming days.” He added, however, that it depends on the American side. “What has to be resolved between us and the United States is the issue of sanctions relief,” he noted. The Iranian minister indicated further that failure to clinch the deal would not the end of the world and that Iran has contingency plans.

In a roundup on the latest, the Fars news agency reported Aug. 16 that after Iran’s answer, “the ball was now in America’s court” and “if the United States shows genuine willingness and the necessary flexibility, an agreement will be reachable in the short term.”

The ultraconservative Kayhan daily, which has been a strict opponent of the JCPOA from the outset, cautioned Iranian diplomats to stay vigilant in the face of “the West’s pressure.” The paper advised the Iranian team against “giving in to a deal that offers no guarantees and refuses to remove sanctions." Such an agreement, according to Kayhan, would be “nothing but absolute loss.”