Egyptian President Abdel Fattah al-Sisi has appointed a new irrigation minister with wide experience in water resources in the context of the Nile crisis. 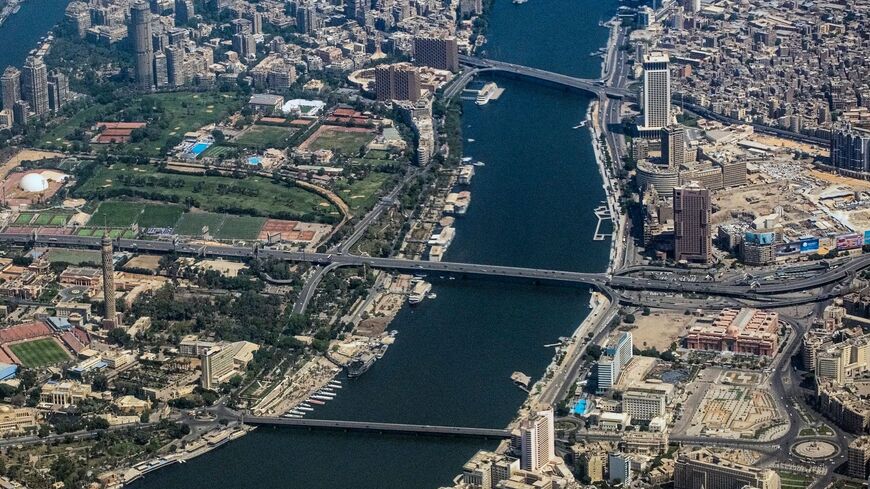 This picture taken on May 6, 2022, shows an aerial view of the Nile island of Zamalek in Cairo, Egypt. - AMIR MAKAR/AFP via Getty Images

As negotiations between Egypt, Sudan and Ethiopia over the Grand Ethiopian Renaissance Dam (GERD) have stalled, Cairo is focusing on rationalizing water consumption and maximizing its water resources.

Swailem has worked as a professor of water resources management and sustainable development and chaired UNESCO's Climate Change and Water Management Department at Aachen University in Germany.

He also established the Middle East's first center for sustainable development and desalination research using solar energy at the American University of Cairo.

Swailem also holds a master’s degree in water resource management from the University of Southampton, England. He worked for the UN as a coordinator of education and training programs in the field of water management.

The new irrigation minister had played a major role in the water crisis before coming to office as he was responsible for the government's strategy for managing water and energy for food production.

Swailem also led a research team to conduct Egypt's first research on the use of solar energy in seawater desalination.

In an Aug. 17 article, Al-Araby al-Jadeed newspaper quoted a government official at the Egyptian Ministry of Irrigation as saying, “Swailem’s appointment came within the framework of the government’s plan to reduce water consumption to a minimum, especially after Ethiopia’s tightened control over the Nile and its completion of the third filling phase of the dam.”

The source added, “Swailem’s experience and work is centered on water desalination and the limited use of water resources,” and “The choice of Swailem as the new minister comes in line with the government's approach to reduce water use, desalinate seawater and treat wastewater.”

In his first statement after taking office on Aug. 14, Swailem said, “The Ministry of Irrigation will use advanced technology in cooperation with all relevant parties at home and abroad in an effort to preserve Egypt’s water and benefit from all available water resources.”

Swailem went on, “The water crisis and scarcity facing Egypt will be dealt with according to well-thought-out plans in cooperation with experts at the local and international levels to benefit from foreign expertise in the field. It is of paramount importance to place Egypt’s water problems on the global agenda.”

In an Aug. 14 report, ASharq al-Awsat newspaper quoted a former official in the Egyptian Ministry of Irrigation as saying, “The new Irrigation Minister, Hani Swailem, was part of the Egyptian negotiation committee in the GERD talks earlier. The government is keen on bringing on new players in the management of the crisis, which could have an impact on the Ethiopian negotiators should the talks resume.”

“Swailem will contribute to advancing the plan to manage the water system in Egypt, at a time when the government is working intensively to launch several projects to overcome water resource shortages,” the source added.

In the same Aug. 14 statement, Swailem said that he has participated in matters concerning the GERD issue over the past four years under Abdel-Aty.

“The GERD file has different, political, legal and technical sides. I am concerned with the technical aspect. Egypt’s position is clear. It wants to preserve Egyptian rights while helping African countries in general to obtain their own rights, without compromising ours,” Swailem added.

The new minister is among some prominent voices that have also raised concerns about the dam's safety.

On July 4, Swailem, who was still executive director of the UNESCO unit at Aachen University back then, said in a statement, “The international committee of experts formed by Egypt, Ethiopia and Sudan to study the GERD in 2013 raised questions about the safety of the dam. Should the water level reach 595 meters, with the existing cracks in the dam’s body, it could risk [collapsing].”

Abbas Sharaki, a professor of water resources and geology at Cairo University, told Al-Monitor that Swailem's appointment makes sense, saying, “Swailem enjoys great foreign relations with international organizations due to his experience, which may contribute to bringing Egypt’s water issue on the agenda of international concerns.”