Egypt continues to implement projects for water management, although some say the third filling of the Grand Ethiopian Renaissance Dam will not affect Cairo’s water supply this year. 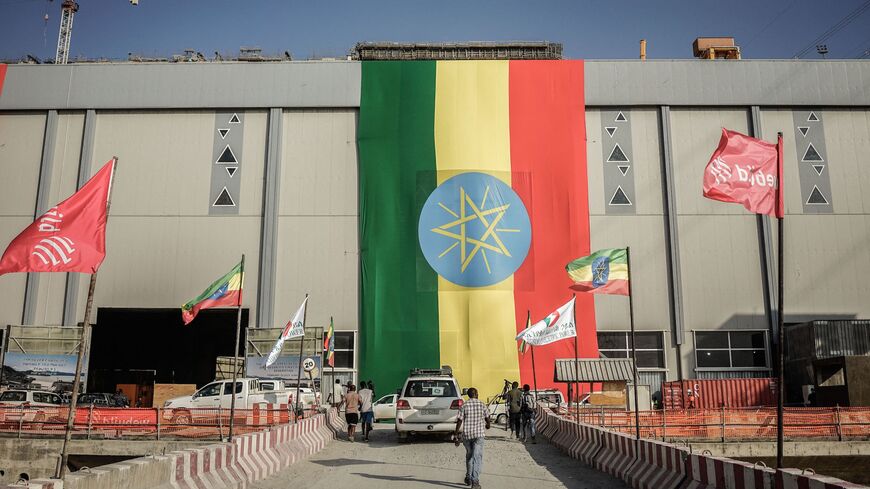 CAIRO — Before the start of the third-stage filling of the Grand Ethiopian Renaissance Dam’s (GERD) reservoir and with the start of the planting season in the summer, Cairo is considering all scenarios related to water resources management for this year.

In a meeting with Minister of Water Resources and Irrigation Mohamed Abdel Aty on April 18, President Abdel-Fattah al-Sisi discussed the water situation in the country and water needs for the agricultural and drinking water projects.

Despite the strict measures adopted to optimize water use in the country, Egypt is facing new challenges imposed by the Russia-Ukraine war this year, namely meeting its local needs in grains amid the increasing local demand for rice and wheat with the population growth — knowing that these crops require large water quantities.

As part of its efforts to limit water waste, the Egyptian state issued a decision in March to limit the land surfaces planted with rice to 1.74 million feddans (1 feddan being equal to about 1.04 acres) in nine governorates only, announcing strict controls and penalties for any violations.

In this vein, a government official familiar with the water file told Al-Monitor on condition of anonymity, “The government has yet to obtain official information from Ethiopia explaining its plan and the volume of water expected to be withheld during the third stage of the GERD’s filling in the upcoming rainy season.”

He added, “We are considering all scenarios in light of the available data to avoid serious damage, but the continuation of the Ethiopian policy to impose a fait accompli related to the filling and operation of the dam is unacceptable in Egypt and violates international laws related to transboundary water management.”

“Meanwhile, there are no initiatives or measures to resume negotiations with Ethiopia,” the official said.

Egypt’s Ministry of Water Resources and Irrigation had started implementing a number of national projects in the last five years to deal with water scarcity as part of the so-called National Water Resources Plan, in a bid to raise the efficiency and ensure optimum use of water resources and to have nontraditional alternatives to meet the increased demand for water and inadequate water supply from the Nile River.

Since the negotiations over the GERD have stalled, Cairo has taken a number of precautionary measures to deal with any emergency events ensuing from the unilateral Ethiopian actions in the dam. They aim at protecting national water facilities, such as the High Dam, and take into account all possibilities including a collapse of the GERD, especially since international studies questioned its safety.

Commenting on the impact of the third filling of the dam on the flow of water to Egypt, Alaa Zawahiri, a professor of engineering at Cairo University and member of Egypt's technical committee for the GERD negotiations, told Al-Monitor, “The GERD’s impact on Egypt will be determined by the circumstances and the situation on the dam’s site. The rainy season will begin in three months while some problems, which could make it difficult to complete the structural engineering work in preparation for the filling, still persist.”

Zawahiri added, “This year, Ethiopia is more capable of controlling the management of the dam and its drainage. There are two lower openings in the dam and one turbine under operation. Therefore, they can be used to complete the construction of the middle passage. At a certain water level in the reservoir, the water will pass through the middle passage. Ethiopia could be able to accelerate the construction works in the next three months so as to store a higher water volume, but the water quantity that would be stored cannot be predicted.”

He went on to say, “In general, we do not expect a large volume of water to be stored during the next rainy season. The experiences have shown that Ethiopia speaks of high numbers, [to boost its image] among the local public opinion, but does not achieve them.”

Commenting on the possibility of predicting the storage volume based on satellite images, Zawahiri said, “The satellite images give a horizontal projection. They cannot provide accurate data that is identical to that on the ground. But the Egyptian state has a clear picture and enough information to assess the situation and develop several plans to deal with it.”

He stressed that “the impact of the third filling on the flow rate to Egypt cannot be underestimated. Any water storage rate [in reservoirs] on the Blue Nile will have an impact [on Egypt]. The presence of dams that prevent water [flow] is a long-term problem and one of the most complex issues in light of Ethiopia's intransigence. The latter is exploiting the GERD project politically at the domestic level, claiming it is a national project unifying all Ethiopian ethnic groups.”

Zawahiri further said that “Egypt welcomes negotiations at any time, but there should be a basis to resume those talks in order for them not to be a waste of time.”

The negotiations between Egypt, Sudan and Ethiopia over the GERD remain stalled since April 2021 after the African Union’s (AU) mediation failed to broker a deal. Meanwhile, Ethiopia continues to reject any international mediation while adopting unilateral moves regarding the filling and operation of the dam.

Ethiopia has not yet officially announced the expected storage volume in the third filling.

Abbas Sharaki, professor of geology and water resources at Cairo University, told Al-Monitor, “The Ethiopian administration may not have specific information about the expected storage volume in the third filling, as the construction method at the dam site is still random and subject to the surrounding conditions.”

Sharaki said, “The third filling may not pose a great danger to the water situation in Egypt this year, but this does not justify the imposition of a fait accompli. Egypt and Sudan have to continue to deal with the GERD file with great caution in the absence of data exchange between the three parties, and to take into account that the water storage quantity is determined by the acceleration of the construction works at the dam.”

Commenting on the current Egyptian political position on the GERD, Ayman Abdel Wahab, an expert in African affairs at Al-Ahram Center for Political and Strategic Studies, told Al-Monitor, “Egypt’s position since the beginning of the GERD crisis has been depending on the level of threat sensed. The technical errors and failure to store large quantities of water give the Egyptian administration time to use its diplomatic means further so as to protect its interests, particularly since the parties that help ease the Ethiopian position have the same impression that there is still time.”

While Ethiopia is not expected to store large quantities of water to the point of posing a threat to Egypt’s water supply this year, Cairo is still cautiously handling the water management file despite the new challenges that require expanding cultivated lands.