Restoring the previously neglected monuments in the Sinai in one way to revitalize tourism, especially religious tourism. 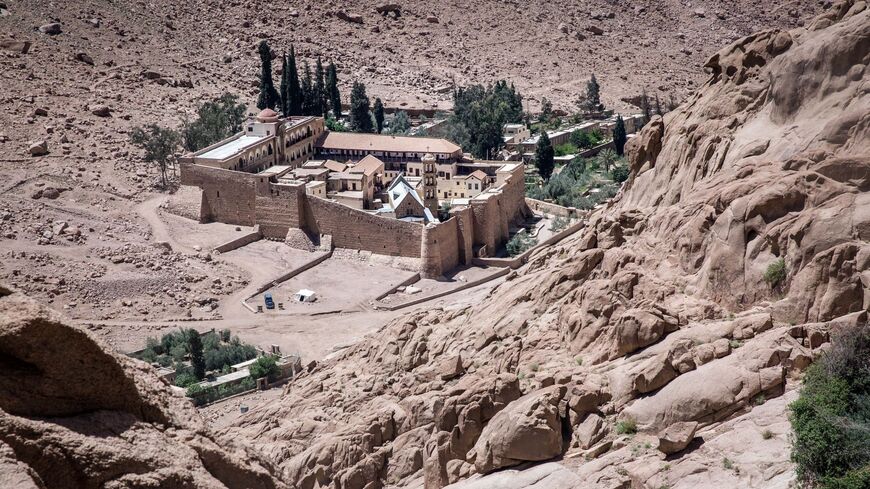 A picture taken on April 16, 2017 shows a general view of the Monastery of St. Catherine in Egypt's south Sinai. - PEDRO COSTA GOMES/AFP via Getty Images

The Egyptian Ministry of Antiquities announced on July 26 the formation of a committee to restore the archaeological area in the village of al-Wadi that is part of the city of al-Tur in South Sinai. The move is part of Egypt's effort to restore its neglected monuments in the Sinai Peninsula to revitalize tourism.

“The area dates back to the 6th century AD and is one of the most important archaeological sites in South Sinai,” the director of the South Sinai Antiquities Area, Ahmed al-Hashash, said in a press statement July 26. He added that the committee will work "within the framework of the state's plan to develop the archaeological sites in Sinai," which includes new infrastructure, beautification of squares and streets, and new hotels and restaurants.

The importance of the archeological area in al-Wadi village stems from the monastery known as Deir el-Wadi, which is one of the oldest monasteries in Egypt and the only monastery in South Sinai that retains all its architectural elements from the 6th century AD. The monastery was built as a fortress against the Persians’ invasions during the rule of Emperor Justinian in the 6th century.

Deir el-Wadi monastery is distinguished by its construction method, as it was built of sandstone, clay stone, square blocks of bricks that were added in the Islamic era, and mud bricks that were used mainly in roofs, ovens and sanitary drains. The walls, towers, columns and arches are made of large blocks of stone.

Deir el-Wadi also houses a main church in the style of a basilica, three smaller churches, and 56 rooms that were used as cells for monks and as halls to receive Christian pilgrims on their way to Saint Catherine’s Monastery and Jerusalem.

A mission of archaeologists affiliated with the Ministry of Antiquities discovered Deir el-Wadi during its work on the site from 1985 to 1993. However, the monastery has been neglected in recent years. In December 2017, the Egyptian newspaper Sada Al-Balad reported, “Despite being one of the oldest monasteries in Egypt, Deir el-Wadi suffers from neglect. ... Nobody guards it, and the state has treated it as an isolated area from life and humans, with no historical importance.”

In press statements in 2017, the mayor of al-Wadi and al-Tur, Hashem Samaha, called for preserving ​​Deir el-Wadi as a historical site.

The Deir el-Wadi restoration falls within the state’s plan to develop and exploit the archaeological areas in the Sinai Peninsula, known as the Great Transfiguration Project. Egyptian President Abdel Fattah al-Sisi has been following up on the plan in the past months, which includes the restoration of Saint Catherine Monastery, registered on the World Heritage List. The plan also includes restoring Deir el-Wadi, as well as the development of St. Catherine International Airport.

Only two sites are open for visits in Sinai, he explained — the St. Catherine's Monastery and the Salah el-Din Castle in Pharaoh's Island in Aqaba — despite the numerous discoveries of antiquities in the area.

He added, “This is where the idea of ​​curating a restoration project for Deir el-Wadi in al-Tur came from, and it will contribute to reviving archaeological tourism in the area, in line with the development plan of the city."

Once Deir el-Wadi area is restored, he said, "the Ministry of Antiquities will have an entire area for displaying Coptic antiquities for visitors. This will greatly help the state financially, as this area will attract tourists as well as Egyptians from outside the Sinai governorate.” 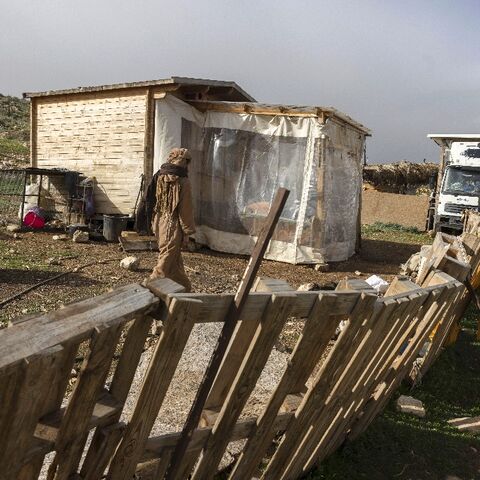