Egypt has established a new fund for the Suez Canal manage its own revenues independently. 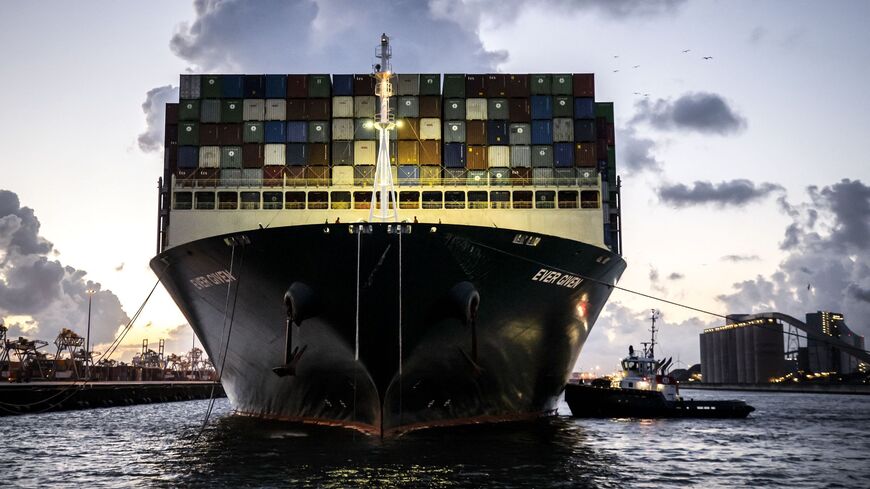 The container ship Ever Given arrives in the port of Rotterdam early on July 29, 2021. - REMKO DE WAAL/ANP/AFP via Getty Images

CAIRO — Egypt has established a special fund to manage and make use of the Suez Canal's revenues, amending Law No. 30 of 1975 to do so.

The fund aims to contribute to the sustainable economic development of the Suez Canal Authority (SCA) facility.

The Suez Canal, which is the shortest and fastest maritime route between Asia and Europe, took in a record seven billion dollars during the fiscal year 2021-2222, an increase of 20% year over year.

Adel Amer, head of the Egyptian Center for Economic and Social Studies, told Al-Monitor that the government’s approval of the Suez Canal Fund goes in line with government's economic vision for the canal, a major source of national income for Egypt.

He added that establishing an independent sovereign fund for the canal will contribute to the optimal exploitation of resources to help develop the canal’s facilities.

Amer pointed out that the development of the Suez Canal includes not only navigational aspects, but also covers the services provided to transiting ships, be they building, financial, logistical or maintenance services.

Ahmed al-Shamy, a former adviser to the Ministry of Transport for maritime transport affairs, told Al-Monitor over the phone that the establishment of the independent fund will help make good use of assets and resources. He said the fund will help provide the channel with technological resources and increase is share of global trade.

He added that establishing an independent fund for the canal will allow the private sector to work with the public sector in order to optimize the use of its resources without depleting the state budget.

Shamy stressed the need to focus on the provision of logistical services to ships transiting the canal while providing other maritime services through partnerships with international companies to offer technical labor training.

Wael Kaddour, a former board member of the Suez Canal, told Al-Monitor that the new independent fund replaces an older fund established when the canal was first built. He warned that the new fund will not solve the canal's administrative deficiencies, which leave it vulnerable to fluctuations in global trade. Kaddour also believes that the administration of the canal must train technical workers to develop the shipbuilding industry, in which Egypt is lagging.