The US welcomed the grain agreement signed in Istanbul but cautioned the devil is in the details. 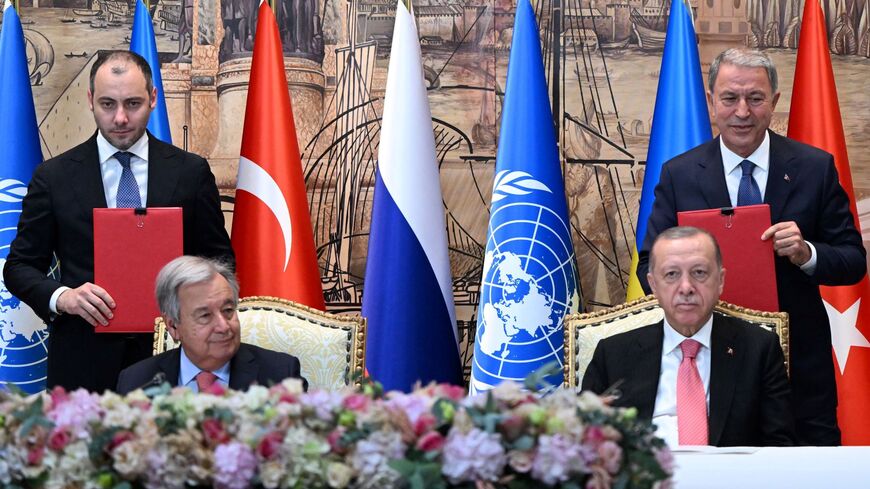 The United States welcomed separate agreements that Russia and Ukraine signed with Turkey and the United Nations on Friday to resume Kiev’s exports of grain through Black Sea ports.

Ministers from Russia and Ukraine inked the deal during a signing ceremony with UN Secretary-General Antonio Guterres and Turkey’s President Recep Tayyip Erdogan at Istanbul’s Dolmabahce Palace on Friday. It marks the first major agreement between countries since Russia invaded Ukraine in late February and comes after months of negotiations led by Ankara and the United Nations.

The 120-day agreement frees up millions of tons of Ukrainian grain and fertilizer held up for months at the Ukrainian ports of Odesa, Chernomorsk and Yuzhny, which have been blockaded by Russia’s Black Sea fleet. UN officials briefing reporters said they expect the deal to be implemented in a few weeks.

On Friday, White House National Security Council spokesperson John Kirby commended Guterres and Erodgan for their efforts to secure the deal, but said its success depends on Russia’s implementation.

“We think it's important to note though, that success, of course, is going to depend on Russia's compliance with this arrangement, and actually implementing its commitments and of course, ending its blockade of Ukrainian ports,” Kirby said. “The devil is in the details here.”

“Russia’s word is never good enough on its face,” he added.

Russia’s war has halted grain exports from Ukraine, one of the world’s top breadbaskets, and driven up wheat-based food prices worldwide. Together, Russia and Ukraine produce 30% of the world’s wheat supply. Fallout from the war has pushed some 47 million people into “acute hunger,” the UN World Food Program estimates.

For weeks after Russia’s invasion, NATO member Turkey sought to mediate a ceasefire between the warring sides. Turkish Foreign Minister Mevlut Cavusoglu described the recent grain deal as the “fruit” of his country’s diplomatic efforts under Erdogan.