The presidents of Turkey, Russia and Iran are expected to focus on the peace process in Syria, but the blockade of Ukrainian ports will top the agenda between Ankara and Moscow. 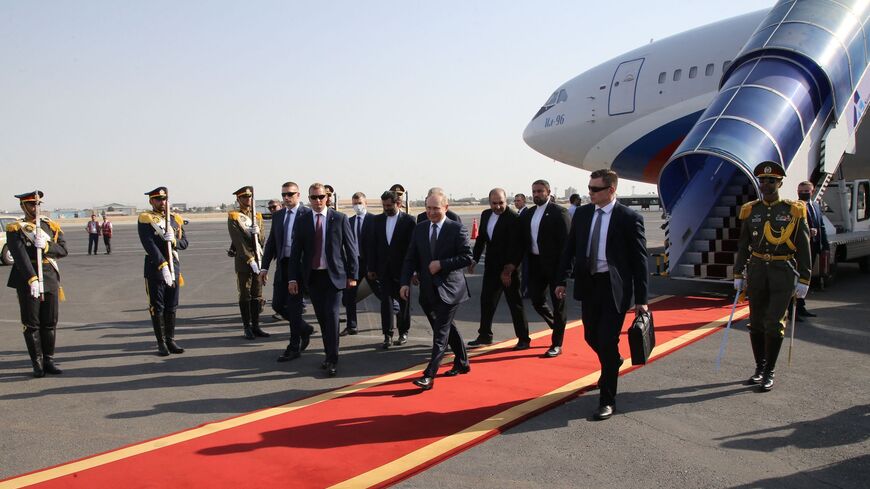 ISTANBUL —Turkish President Recep Tayyip Erdogan arrived in Tehran to meet his Iranian and Russian counterparts as they face growing isolation over Iran’s nuclear ambitions and Russia’s war in Ukraine.

Erdogan met Iranian President Ebrahim Raisi and Supreme Leader Ayatollah Ali Khamenei on Tuesday ahead of the arrival of Russia’s President Vladimir Putin. The three-way meeting between Erdogan, Putin and Raisi is to focus on Syria, where the trio have been engaged in the Astana process since 2017 to pave the way for a cease-fire and political settlement.

Turkey supports opposition forces, many of which are now hemmed in by Syrian government troops in the northwest Idlib province, while Russia and Iran are the regime’s main backers.

The meeting comes after Erdogan pledged to launch another military incursion into northern Syria, where fighters linked to the Kurdistan Workers Party (PKK) hold sway. A previous operation against the People’s Protection Units (YPG) in October 2019 failed to secure Turkey’s goal of a 30-kilometer (19-mile) buffer zone from its border.

Erdogan has identified Tal Rifat and Manbij, two bastions of the YPG in northwest Syria, as targets for the operation. However, both Moscow and Tehran are wary of further Turkish influence in Syria. Ankara has already established a strong foothold to the west of the Euphrates River through proxy militias backed by Turkish firepower.

According to Iranian state TV, Khamenei warned Erdogan Tuesday against attacking Syria, saying it would “harm the region and benefit terrorists.”

Iran also opposes Turkey’s campaign against the PKK in northern Iraq and “will push back firmly to maintain influence in both arenas,” said Galip Dalay, an associate fellow at Chatham House’s Middle East and North Africa Program in London.

Putin will also discuss the planned incursion with Erdogan.

“Moscow is the main power in northwest Syria so Erdogan wants to win Putin’s support,” Dalay said. “The outcome will be consequential for the prospect and timing of Turkey’s next military operation there.”

While Ankara views the YPG as a main terror threat in Syria, Moscow has a different priority, namely jihadi fighters in Idlib, some of whom are supported by Turkey.

In a statement released before the summit, the Kremlin said measures to eradicate “the nest of international terrorism” and “radical Islamic terrorist organizations” in Idlib would be discussed.

In his meeting with Raisi, Erdogan said the two countries aimed to increase bilateral trade to $30 billion, up from the current $7.5 billion. He also stressed the importance of cooperation in fighting terrorism. The two sides signed eight agreements in areas such as natural gas, trade, border security, counter-terrorism and combating drugs.

Like Russia, Iran finds itself increasingly at odds with the West as efforts to revive a 2015 nuclear deal appear to have stalled.

Former US President Donald Trump pulled the United States out of the agreement, which saw Iran agree to curb its nuclear program in exchange for sanctions relief, in 2018 and reimposed economic restrictions.  Since then, Tehran has increased its stockpile of highly enriched uranium in violation of the deal. Last month the UN said it had enough uranium to build a nuclear weapon.

Talks between Erdogan and Putin will also address transporting Ukrainian grain from its Black Sea ports. It is Putin’s second overseas trip since the invasion of Ukraine in February and follows a recent visit to the Middle East by US President Joe Biden.

“Putin wants to relay the message that Russia is not as isolated as the West wants or portrays it to be,” said Dalay. “Meeting with the leaders of two major regional powers serves this purpose.”

Although they have spoken by telephone several times, it will be the first direct meeting between Putin and the leader of a NATO country following the outbreak of war.

The Turkish president will seek Putin’s agreement on lifting a Russian naval blockade that is preventing the exportation of Ukrainian grain during a global food crisis.

“We are ready to continue efforts to facilitate Ukraine’s grain exports,” the Kremlin said in a statement Tuesday.

Turkish Defense Minister Hulusi Akar, who is among the delegation that traveled to Iran, has said Russia, Ukraine, Turkey and the UN will sign an agreement this week on creating a sea corridor for grain exports.

Last week representatives of Ukraine, Russia, Turkey and the UN met in Istanbul and agreed to “a critical step” to resolve the standoff, UN Secretary-General Antonio Guterres said.

Josep Borrell, the EU’s high representative for foreign affairs and security policy, also said an agreement on the grain corridor was close.