One Egyptian media outlet is encouraging people to make McDonald’s food at home in response to the price hike, which comes amid soaring food costs across the region. 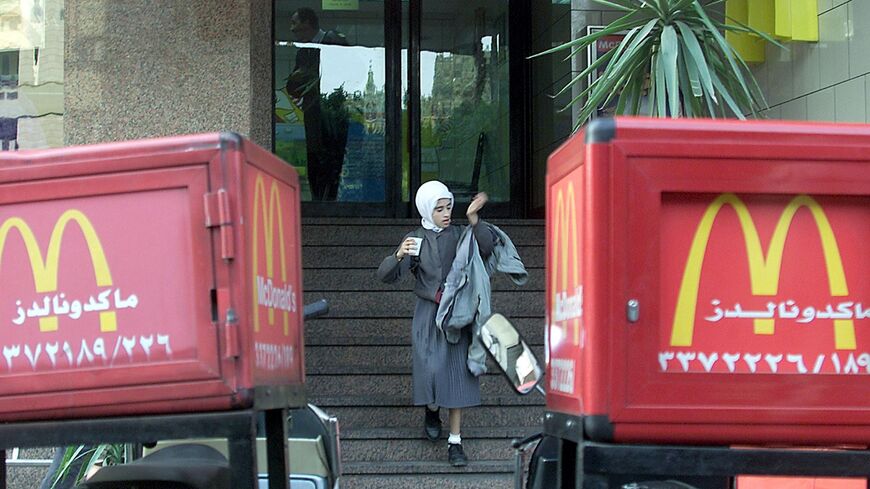 McDonald’s has significantly raised its prices in Egypt, according to local media reports.

The Egyptian news outlet Akhbarak published a graphic July 17 of McDonald’s prices before and after the jump. A Big Mac combo meal, which includes French fries and a drink, previously cost 52 Egyptian pounds ($2.74). Now, a Big Mac meal costs 78 Egyptian pounds ($4.12). This constitutes a 50% price increase.

Other Egyptian media outlets also picked up the story. The state-owned news outlet Al-Ahram reported yesterday that McDonald’s prices have increased numerous times in Egypt this year, which has angered customers.

The Egyptian news outlet ElBalad published a story on July 18 detailing how to make McDonald’s items at home in response to the price increases.

Spokespeople for McDonald’s did not respond to Al-Monitor’s request for comment.

The reported price increase comes as food costs are going up across the Middle East. The Russian invasion of Ukraine has disrupted global supply chains. Egypt in particular relied on both Ukraine and Russia for wheat before the war, and is now scrambling to find alternative suppliers.

Some Egyptians have been arrested for publishing satirical content on the rising food prices in the country.

Unlike in the United States, where it is seen as a cheap option, McDonald’s is considered more expensive and special in Egypt and other parts of the Middle East.

McDonald’s first opened in Egypt in 1994 and now has more than 100 stores throughout the North African country, according to McDonald’s website.