Bread prices in Egypt have increased considerably since the Russian invasion of Ukraine. Egypt receives the majority of its wheat from the two Eastern European countries. 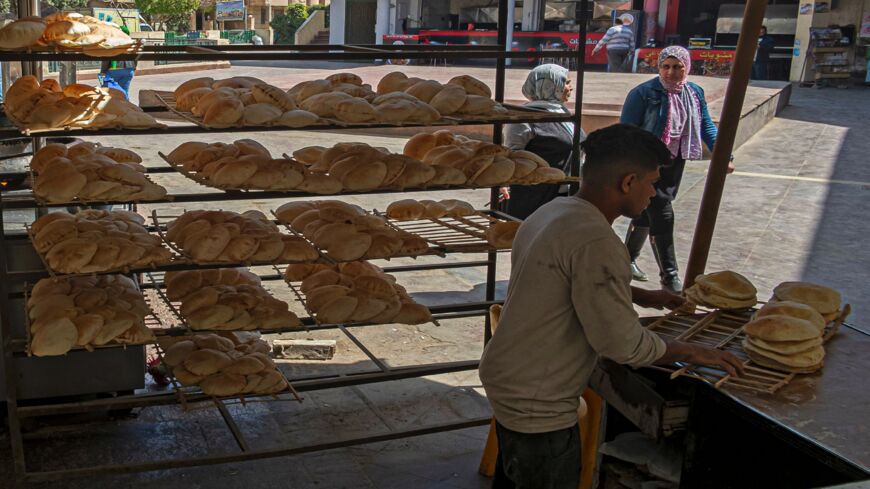 Egyptian men work in a bakery at a market in Cairo, on March 17, 2022. Soaring bread prices sparked by Russia's invasion of Ukraine have bitten into the purchasing power of consumers in Egypt, a leading importer of wheat from the former Soviet states. - KHALED DESOUKI/AFP via Getty Images

The Egyptian government fixed the price of bread today.

Egypt’s wheat supply has been significantly affected by the Russian invasion of Ukraine. Before the war, Egypt received around 80% of its wheat from the two countries, and prices have since skyrocketed. Egypt is one of the biggest wheat importers in the world.

The conflict has prompted the Egyptian government to seek imports from other countries, including the United States. They have also granted wheat farmers incentives to increase their quantities, according to Al-Ahram.

Some wheat shipments from Ukraine and Russia to Egypt managed to ship last week and were scheduled to arrive within days.

The price controls will remain in effect until further notice, according to Al-Ahram.