Israeli reports ahead of US President Joe Biden’s visit last week claimed Palestinians had been promised access to Ramon airport. 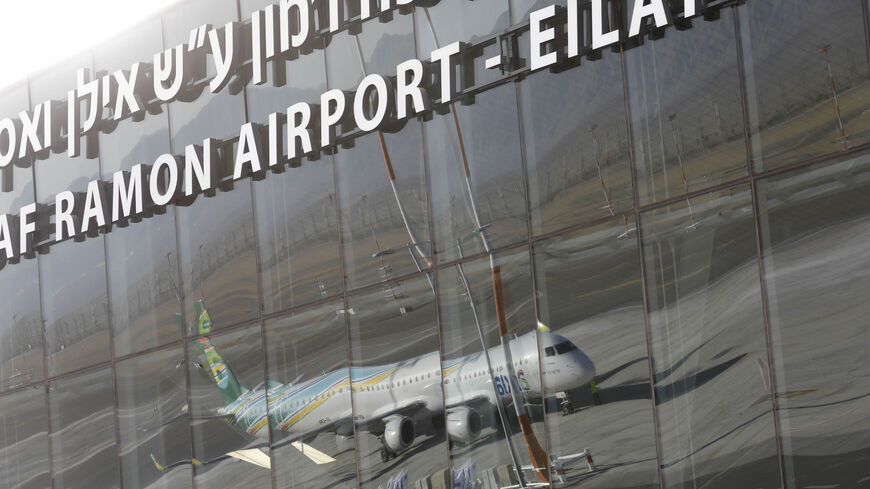 The leading Palestinian official in charge of relations with the Israelis said that press reports in Israel about an offer to allow Palestinians to use an Israeli airport are untrue.

Hussein Sheikh, secretary of the PLO’s Executive Committee and head of the Civil Affairs Ministry, said that no one made the offer. Israel’s Makan Public Service radio claimed that Defense Minister Benny Gantz had offered to allow Palestinians to use Ramon airport near Eilat on the condition that Palestinians withdraw their charge of war crimes at the International Criminal Court. In an answer to a question by Al-Monitor about the offer that Gantz reportedly made, Sheikh gave a short but clear answer: “Not true. Nothing was offered.”

The story of the alleged Israeli offer was distributed on the eve of the visit by US President Joe Biden and as part of the goodwill gestures that Israel was trying to offer to the Palestinians. The airport is 12 miles north of Israel’s southernmost town of Eilat. It would take a journey of 400 kilometers (248.5 miles) for a Palestinian from Ramallah to get to the airport at a cost of at least 600 Israeli shekels ($174).

The issue of travel has been among the most troubling issues facing Palestinians in the West Bank and Gaza Strip. Gazans under siege had to travel to Egypt first, a journey that often takes two full days and includes tens of waits at Egyptian checkpoints because of the volatile security situation in the Sinai Peninsula.

West Bank Palestinians have a single exit and entry point — the King Hussein/Allenby Bridge. While the Oslo Accord had called on Israel to allow Palestinian police presence at the bridge, that changed with the second intifada in 2000.

The Allenby Bridge is open Sunday through Thursday from 8 a.m. until midnight and from 8 a.m. to noon on Fridays and Saturdays.

The number of people trying to cross the bridge this week has been a source of human suffering due to a large number of Palestinians and visitors trying to enter or exit during the short opening hours. A claim that the bridge will be open 24/7 has been said to be a possibility only by the end of September.

The Israeli public Arabic service that broke the story also ran a spoof on the report saying that Israel was interested in the deal because the huge expensive airport has been empty of passengers due to its distance from the center of the country. Mona Abu Shehadeh produced and anchored a video making fun of the Israeli government's attempts. “The real reason behind the offer is that the Ramon airport is a failure," she said.

She quoted the Marker, a Hebrew-language business newspaper, as saying that only 20 passengers traveled to Ramon airport on nine different international flights. The airport that cost 18 billion shekels ($5.2 billion) has been called “Israel’s white elephant in the middle of the desert.”

Palestinians have also rejected the alleged Israeli efforts saying that Israel is trying to deny Palestinian sovereignty by letting them use an Israeli airport. “It is known that running your own airport is a sign of a country’s sovereignty,” one social media activist commented.