Transportation Minister Merav Michaeli was victorious in her party’s leadership elections but has a long way to go to the Nov. 1 elections. 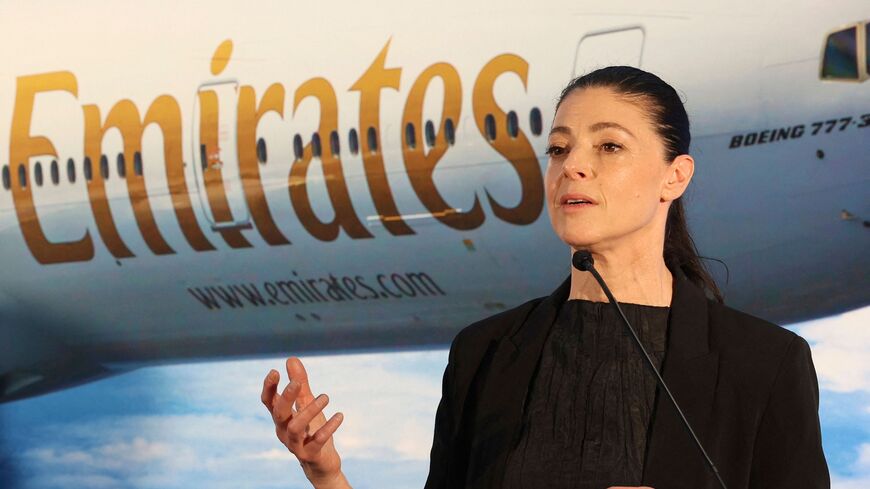 Incumbent Israeli Labor chief Merav Michaeli scored ​​​​a landslide victory yesterday in the party’s leadership primaries, coming out with 82.48% of the votes versus mere 16.6% for her rival Eran Hermoni. It was the first time a sitting Labor chief has been reelected in 30 years, ever since the party started holding open primaries. On Aug. 9, the party is scheduled to hold primaries for its Knesset list ahead of the Nov. 1 general elections.

While Michaeli’s victory did not come as a surprise, it presented an important achievement for her, reasserting not only her leadership of her party, but also her status within the center-left political camp. Her reelection makes for a refreshing change in a party known for turning against its own leaders, as Michaeli’s predecessors Amir Peretz, Shelly Yachimovich, Avi Gabbay and even Israel’s President Isaac Herzog can testify.

Israeli Labor was the first party to hold leadership elections ahead of Nov. 1 and judging by recent polls, Michaeli might find herself the only woman leader. One of Meretz's former leaders — Zehava Gal-On — might very well take back her leadership position, but polls suggest the party might not pass the Knesset entry threshold. The same is true for Interior Minister Ayelet Shaked, now leading Yamina.

Michaeli has little time to enjoy her victory, as difficult decisions lie ahead. The electoral system in Israel, requiring at least four Knesset seats for a party to enter the Knesset, makes for very simple math. If any of the center-left parties do not pass that threshold, opposition head Benjamin Netanyahu stands a greater chance of winning. Currently, the center-left camp is divided into several parties and the split could spell political disaster.

Some leaders in Meretz, such as Yair Golan, have called publicly for the party to merge with Labor. Golan said June 23, “My position has always been that Israel needs to have a strong Zionist left that works together.” But Michaeli has resisted. In the 2020 elections, the two parties run under one ticket, but the joint venture produced unimpressive electoral results. With Meretz doing poorly in the polls, Michaeli is adamant that the 2020 electoral catastrophe not be repeated.

In an interview yesterday with Israel Hayom, Michaeli said, "The connection of the Labor Party with Meretz had failed. It cut the number of seats of the two parties by more than half."

Michaeli stated that she is confident she can increase the party’s power at the Knesset. Should her rejection of the merger prove to be the wrong choice, Michaeli will surely pay a steep political price.

Michaeli has to clarify what the party currently stands for.

In the interview yesterday, Michaeli also responded to accusations by her rival Hermoni that she was taking the party to the left. "The Labor Party is a center-left party, a Social Democrat. There is no basis for accusations that I'm taking the party to the left. I am not in favor of connections with the center. He offered to pack up the party and give it away. The Labor Party must return to being a ruling party for the State of Israel."

Still, for many voters the question remains: What is the agenda of a party that sat for the past year with right-wing parties in the coalition? Clearly, anyone but Netanyahu won’t be enough this time around. On the other hand, the two-state solution might also not be a winning slogan in Israel today.

Michaeli has a strong personality who never inspires indifference. Her years of addressing listeners in pointedly feminist language, her outspoken opinions on parenting and her unapologetic manner have earned her many admirers, but also quite a few opponents. In addition, opinions are divided on her performance as transportation minister in this government. At the peak of the summer holiday season, Israelis find themselves stuck in long queues at the airport and with flights being cancelled. Her critics say she excels at PR (her success on Tiktok rivals that of social media master Netanyahu), but is far less impressive on delivering tangible results.