The way things look now, joining the coalition didn’t do any good for Meretz and the Labor parties, who have so far failed to enlarge their electoral support. 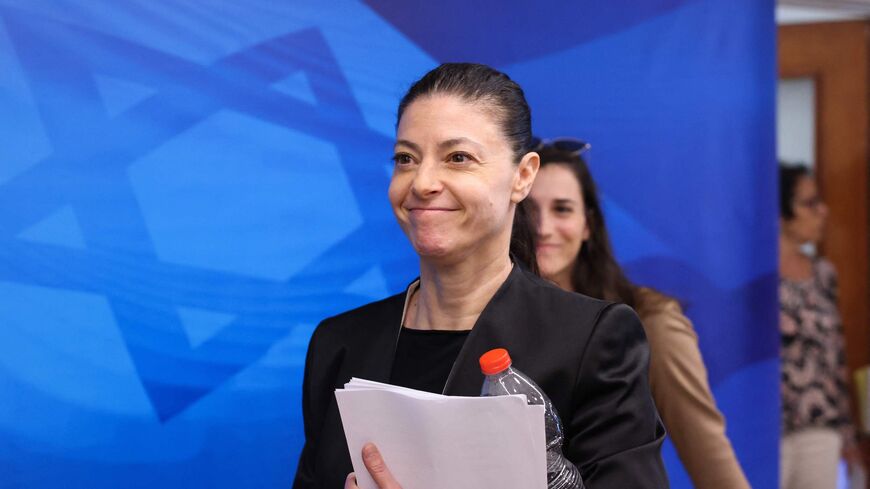 The decision to call an early election caught the Israeli left in one of the most difficult situations it has ever faced. The historic sociopolitical movement, for decades the largest one in the country, found that it had lost most of its supporters.

After many years in which the left took no part in government, the decision to join the coalition in May 2021 took a steep toll on Meretz and Labor. Both were forced to make major ideological concessions because the other parties that formed the coalition identified with the ideological right. Furthermore, they were sitting in a coalition in which the office of prime minister was held, at least temporarily, by the leader of one of those parties, Naftali Bennett of Yamina.

The concessions that Meretz and Labor made centered mainly around the peace process. For years, both parties argued that Israel was gambling on its future because negotiations with the Palestinians were deadlocked, and former Prime Minister Benjamin Netanyahu did not believe in a two-state solution. Then, when the opportunity to remove Netanyahu appeared, the two parties said that they were temporarily willing to put aside their commitment to a two-state solution and their call for an end to the occupation if that would lead to Netanyahu’s removal from power.

Meretz faced more than a few embarrassing situations in the year that they were part of the coalition. Mostly, key members of the government, led by Minister of the Interior Ayelet Shaked, opposed the evacuation of outposts in the West Bank and opposed negotiations with the Palestinian leadership. Meretz and Labor were willing to look aside and put their ideology on hold, but now that is taking a toll on the parties.

According to opinion polls, Meretz, led by Health Minister Nitzan Horowitz, is teetering on the electoral threshold, while the Labor Party under Merav Michaeli will likely win just five or six seats.

In the four previous elections, Meretz and Labor each faced the risk of disappearing from the political map entirely, only to be saved at the very last moment. Now, the fear that they might disappear has resurfaced, along with concern in the center-left bloc led by caretaker Prime Minister Yair Lapid that if Meretz does not pass the electoral threshold, Netanyahu will win 61 seats and return to the Prime Minister’s Office. In other words, paradoxically, it could be Meretz that returns Netanyahu to power.

This poses a complicated dilemma for the party. Should they withdraw from the race all together, if polls show that it will not pass the electoral threshold or should they keep fighting to the bitter end, even if it means putting the entire center-left bloc at risk?

As if that was not enough, a rocky and often emotional dispute is emerging in Meretz over who should lead the party.

Last week on July 5, Minister of Regional Cooperation Issawi Frej announced that he was withdrawing from political life and then called on Meretz leader Nitzan Horowitz to resign. Frej accused Horowitz of lacking basic leadership skills, which resulted (so claimed Frej) in his failure to manage the party’s Knesset members. Frej believes that this is the reason why Knesset member Ghaida Renawie Zoabi quit the coalition, contributing to the collapse of the coalition. Zoabi is a Muslim Arab woman recruited by Horowitz and granted a safe spot on the party’s list.

Frej’s departure from politics, especially now, is bad news for Meretz. In the past few election campaigns, Frej, an Arab, was able to convince enough members of the Arab public to cast their ballots for a Jewish/Arab party like Meretz. His departure and Zoabi’s slamming the door on the party means that Meretz could lose many of those same Arab voters.

Despite calls for Horowitz’s resignation, so far he has shown no indication that he intends to give up his position. Instead, he plans to run again for the party’s No. 1 spot against Minister of Economics Maj. Gen. Yair Golan (res.). Golan is something an outlier in a party that is so critical of IDF activities in the territories. If he wins, it would be the first time that the party was headed by a general.

The fight over who will lead a party that might not even pass the electoral threshold reflects the tough situation facing Meretz. It is a sign of the confusion facing a party that has always stood on principle.

The last time Meretz was a member of any coalition was back in 1999 when they were part of Ehud Barak’s government. Now it seems as if their recent stint in government and all the benefits this entails have caused the party to forego its strict commitment to certain key political principles, especially the peace process. That is apparently why so many voters have abandoned it.

The future of the Labor party is not that bright either, and for similar reasons. Like Meretz ministers, ministers of Labor did not insist on pushing ahead with the peace process, making do instead with removing Netanyahu from power. The problem is that this is not the kind of ideology that can stand on its own.

And so, the insistence on sticking to an “anyone but Netanyahu” agenda at the expense of other objectives is taking a toll on the two left-wing parties. According to opinion polls, many of their voters are expected to migrate to Yesh Atid, the party led by Yair Lapid. He is emerging as the unchallenged leader of the center-left camp. Lapid is a popular figure on the left. Many voters who would otherwise disagree with him, mostly on issues like settlements, might actually support him on Nov. 1. They feel it would be safer to cast their votes in favor of a large party and in favor of someone who actually stands a chance to establish a coalition. Pollsters call this “strategic voting.” If this happens, Meretz could pay the price. Not only could it see the end of its political life, but it could face the blame if Netanyahu returns to power as a result.

One person who realizes that the left needs a facelift and a new beginning is Frej. Ever since his resignation, he has called for the formation of a single, large social-democratic party. He said, “The vision of forming a large center-left party based on Labor and Meretz should be implemented quickly.”

The problem is that this consolidation of forces, as happened in an earlier election, was rejected this week by the leader of the Labor party, Merav Michaeli. She said recently that together with other Labor members, they are building a reliable center-left party. Then she added that past experiments to join forces with Meretz had failed.