What Israel's left could learn from the Arab Joint List

The leadership of the left-wing democratic-Zionist camp should follow the example of the Arab Joint List's approach to the September elections if they want their parties to stand a chance in the March 2020 balloting. 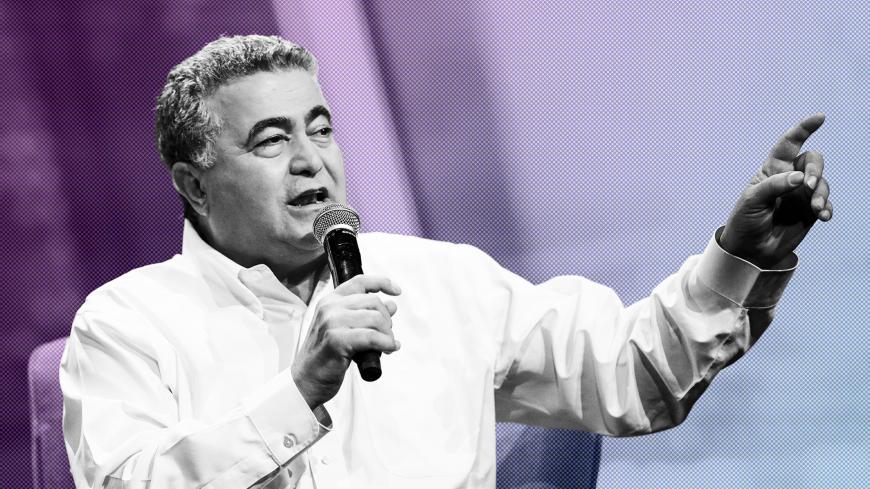 In a back-page op-ed in Haaretz on Dec. 18, Knesset member Ilan Gilon of left-wing Meretz presented his party’s three goals: an equitable distribution of wealth, the division of land between Israelis and Palestinians, and the separation of religion and state. Former Knesset member Mossi Raz, the Meretz leadership’s far-left standard-bearer, had the day before listed the party’s central goals on Facebook, in this order: ending the occupation, avoiding an escalation with Gaza, revoking the Nationality Law (which discriminates against Arab citizens), creating a social-democratic society, and halting the expulsion of asylum seekers’ children. The latest opinion polls indicate that at best, Gilon and his colleagues will cross the electoral threshold, obtaining the requisite 3.25% of votes, to send four representatives to the 23rd Knesset in March.

In the September 2019 elections, running under the banner of the new Democratic Camp with Ehud Barak's latest party, Meretz’s key agenda items — peace, equal rights and social justice — barely got them 4.3% of the eligible votes cast. At that time, Israeli voters went to the polls with one goal in mind — to determine the fate of Prime Minister Benjamin Netanyahu — and that will be the case even more so on March 2, 2020. In other words, voters have been and remain less concerned about ideologies than voting to keep Netanyahu in power or to get rid of him.

Pro-Netanyahu voters have declared all-out war on anyone who dares challenge their leader. That includes national institutions, such as the police and state prosecutor's office, and of course the media. Even Knesset member Gideon Saar and the Likud members backing him ahead of the Dec. 26 party leadership primaries against Netanyahu have been hanging on by the skin of their teeth from their challenge of the leader. Meanwhile, the opposing camp led by the centrist Blue and White draws most of its support from the revulsion engendered by Netanyahu and the need to defend state institutions and the rule of law against the attacks of Netanyahu and his friends on them.

Ahead of the March elections, the question is not which party but which bloc will pick up enough votes for a 61-seat Knesset majority. One small party on the margins of either the left or right that fails to cross the electoral threshold could determine the outcome of the elections. To prevent such an event on the right, Netanyahu is willing once again to play matchmaker for a marriage between the messianic right and the racist Kahanist right. On the other hand, the leadership of the centrist Blue and White is looking for an elixir to soothe the stomach pains that strike Labor leader Amir Peretz every time someone mentions a possible union of his party with the Meretz-dominated Democratic Camp.

A political figure involved in contacts with Peretz told Al-Monitor that Blue and White leader Benny Gantz and his friends have promised to support Peretz if he runs for the presidency in 18 months if he lifts the veto he imposed on a union with the Democratic Camp. The renewed alliance between Labor and Gesher, the small party led by Orly Levy-Abekasis with which Labor ran in September, does not bode well for a deal with Meretz, as the two are trying, so far unsuccessfully, to convince Blue and White to run with them on a single ticket in March.

As if this were not trouble enough for the center-left, the Democratic Camp itself is threatening to split apart. Raz wrote in his Facebook post that the top four Meretz leaders — Nitzan Horowitz, Tamar Zandberg, Ilan Gilon and Issawi Freij — have to retain those spots on a candidate list. “Important other understandings [for slots] with excellent Knesset members, such as Stav Shaffir, Yair Golan and others, can only come after the top four.” Raz had been dropped from fifth to 12th place on the list of Knesset candidates for the September elections after Golan and Shaffir defected from Labor to ran on the newly formed Democratic Camp ticket with Meretz. He nonetheless holds considerable sway in the party and is a member of the “linkages team” — along with Horowitz, Zandberg and Meretz secretary Tomer Reznik — which is exploring unions for Meretz with potential left-wing partners.

Meretz fears that the failure of Freij, the top hightest-ranking Arab in the party, to return to the Knesset in September after he was pushed aside to make way for Shaffir and Golan could drive away thousands of Arab voters in March. “Meretz will no longer be Meretz if, once again, it gets into the Knesset without an Arab,” Raz wrote. He added that “we [in Meretz] will never agree” to a demand to place this or that other Knesset member from outside Meretz or Democratic Camp on the list at the expense of the Arab representation in Meretz.

Shaffir, who defected from Labor to the Democratic Camp after the April elections, struck back, dubbing Meretz leaders “dinosaurs of the left” and demanding that the Democratic Camp’s Knesset list for the March elections be determined in open primaries by all the members of the alliance. “In order to determine spots on the list, you do not sit in a closed room, where a bunch of wheeler-dealers arrange spots for themselves,” she lashed out at her partners. The mutual mud-slinging is damaging to the fragile alliance, which can ill afford crises and divisions. One false move by the Democratic Camp or Labor-Gesher in the next elections could bury their most cherished values.

The leadership of the democratic-Zionist left-wing camp should take a page from the book of the Arab Joint List and learn a lesson in political pragmatism. The heads of the four Arab parties — Islamists, nationalists and socialists — swallowed many bitter pills in order to unite to ensure that they pass the electoral threshold so they can provide strong Knesset representation of the country’s Arab minority and advance its interests.

Once the Zionist-democratic left puts its house in order, it will still take time to forge unity with the Arab camp. The common denominators have already been laid out on the table by Gilon and Raz as noted above. None of them will be achieved as long as Israel is ruled by a government that crushes the pillars of democracy and undermines the rule of law.