Polls indicate that the election of gender-equality activist Merav Michaeli to head the struggling labor party was a good pick. 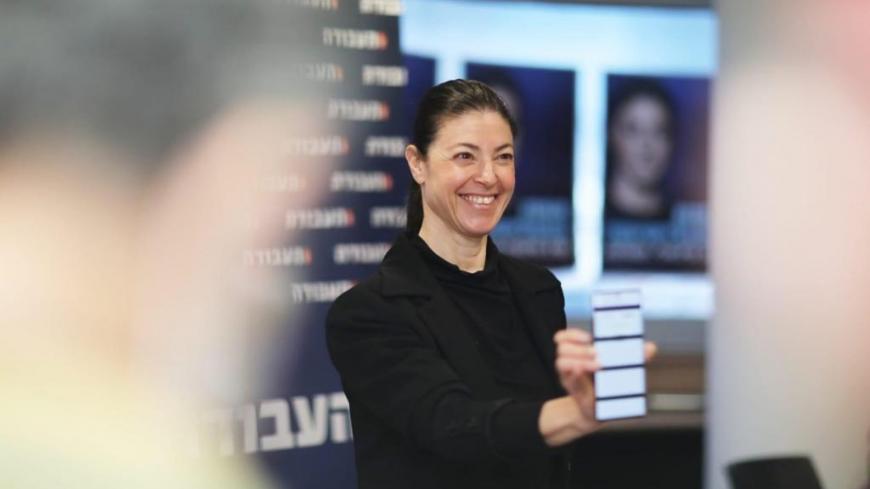 Before she was elected as chairwoman of the Labor Party, it seemed that Knesset member Merav Michaeli lived in a dreamland. For many months her party, which was the beating heart of the Israeli left for decades and once ruled the country, had faded such that its disappearance from the map in next month's elections seemed practically an established fact.

Attempts to recruit politicaly-attractive candidates to save the party focused on male candidates such as former Justice Minister Avi Nissenkorn, but they did not succeed. It seemed hardly anyone believed in the party anymore, and certainly few thought that Michaeli — a woman most identified with feminist battles — would be the one to resuscitate the political corpse.

But then a miracle happened that no one expected. Michaeli saw the potential and waged a battle in court that forced the party to hold primary elections. It was the first step; 10 days later she won big in the primaries to lead the party.

Since then, Michaeli has been the most interesting item in the center-left camp and in the political system. A poll conducted by Channel 13 this week found that she could bring in eight Knesset seats while Defense Minister Benny Gantz’s party might barely win four seats and indeed might not even cross the 3.25% vote threshold. The poll showed Michaeli is taking his seats.

Thus, Michaeli has become the person most sought after by all the male heads of parties on the left, some of which probably won’t pass the vote threshold if her numbers stay high. Former Israel Defense Forces Chief of Staff Moshe Yaalon announced his retirement from politics after he couldn’t muster support for his party. Tel Aviv Mayor Ron Huldai, a celebrated fighter pilot who created a new party, appears on his way out because his poll numbers are well below the vote threshold. Huldai announced that he is willing to be No. 2 on Michaeli’s list, but it turns out that she is in no rush to accept the offer, just the opposite.

It seems that Michaeli wishes to forge an independent route and rehabilitate the party into an alternative ruling party in the coming years. She hasn’t spared harsh criticism of Gantz for joining Netanyahu, so there’s no chance she would connect with him. Regarding former Yesh Atid Knesset member Ofer Shelah — who was Yair Lapid’s No. 2 until recently and created a new party, which then crashed in the polls — she said in an interview published on Ynet, “We’re talking.” The prevailing assumption by Israeli pundits is that nothing will come out of it, but what remains is Michaeli’s use of the plural feminine in this statement, as is her practice in every speech or press interview since she became a member of Knesset more than a decade ago.

Speaking in the plural feminine, which seems like an amusing gimmick, is a conscious act that emerges out of a feminine battle tied to the grammatical rules of the Hebrew language, which conflict with her worldview. Michaeli explained in the past from the Knesset dais that she speaks in the plural feminine because “I protest that the Hebrew language is so gendered and that according to its rules of grammar, even if there is one man in the room the plural becomes male — that is that I’m erased entirely.”

Michaeli, 54, has been a well-known figure in Israel for more than three decades, since she was a star broadcaster during her military service on Army Radio. From there she continued to thrive on television and radio, and on these platforms led a feminist agenda long before the explosion of social networks. On one news talk show she presented on television, she took off her shirt and remained in her bra, to the shock of the channel’s owners. She did so in protest of a radio interview by one of Israel’s senior journalists that she thought was conducted in a manner insulting to women. The uproar was loud — ultra-Orthodox politicians protested — but Michaeli was not moved and did not apologize; it made for an iconic moment in the history of television and gender in Israel.

At that time she created the feminist organization Ezrat Nashim to advance the establishment of support centers for survivors of sexual assault. In her personal life she is also a considered a fervent feminist: She has never married or had children out of a conscious choice. She has been with her partner, the well-known television personality Lior Schleien, for more than a decade, living in separate homes. In 2012 she gave a Ted talk in which she explained why the institution of marriage should be wholly abolished, since it is an economic and status arrangement that benefits men.

Perhaps because of all this, Michaeli has never been considered for leadership in a country that worships militarism and in which governments are composed with the support of the ultra-Orthodox. She has gained great respect as an articulate and diligent politician who stuck with leftist policy agendas and has not folded these flags, but was thought of as a strange bird. The worship of generals in politics as well, as part of Israel’s challenging security situation, has helped keep Michaeli in the feminist box, although she served for a time as a member of the prestigious Foreign Affairs and Security Committee of the Knesset.

This has all changed in recent days. It seems that Michaeli was more or less the only person who believed that this voice has a place in the crazy political system, in which the left has been crushed and hasn’t succeeded in posing an alternative to the right. She correctly identified that in Israel there’s a public on the left that seeks to find a real political home, especially after the trauma when the promising center-left party Blue and White ended up joining Prime Minister Benjamin Netanyahu.

From the moment she won the primaries to head the Labor Party she made several brave moves. The first was to demand that Labor ministers — Trade and Economy Minister Amir Peretz, whom she replaced as chairman, and Welfare Minister Itzik Shmuli — immediately resign from the government. They refused and left the party. Both said that with the March elections, they’ll take a break from politics.

It’s not clear how the election in Israel will end up, whether Netanyahu will continue to survive or who would replace him, and what results the Labor Party will achieve. What we can say already is that Michaeli has saved the party from certain death, and won herself a central place in the leadership of the reviving left.