Tribes loyal to former rebel Khalifa Hifter shut down oil fields and ports in eastern Libya recently over a dispute with the transitional government. 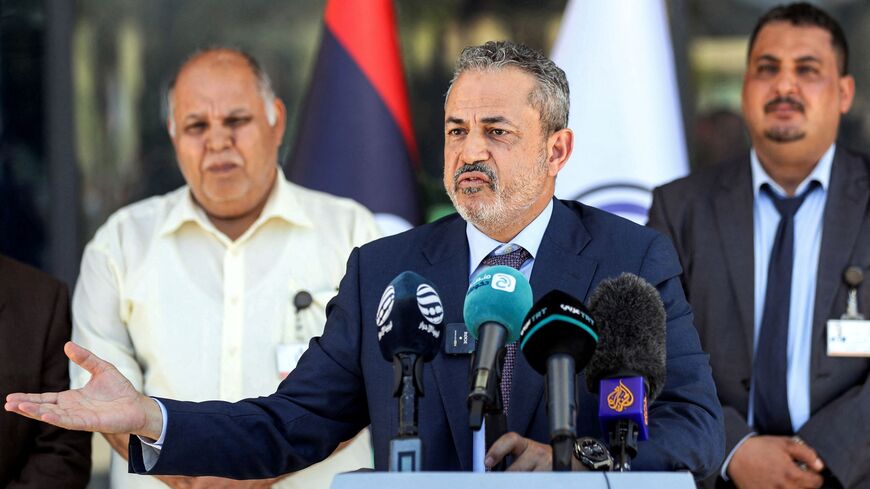 Farhat Bengdara, the new chief of Libya's National Oil Corporation who was appointed by the Tripoli-based Prime Minister Abdulhamid Dbeibah, gives a press conference outside the corporation's headquarters in the capital Tripoli on July 14, 2022. - MAHMUD TURKIA/AFP via Getty Images

In an interview with the Qatar-based Libya Al Ahrar TV, Oun said he expects Libya’s oil production to return to its “natural level” within a week or 10 days. When pressed by the presenter to provide a numerical figure, he said more than a million barrels per day. The Ministry of Oil posted the interview to its Facebook page.

Why it matters: In April, tribes affiliated with Khalifa Hifter, who headed the National Liberation Army during the civil war, shut down oil fields and ports in eastern Libya. The tribes demanded the head of the transitional government, Prime Minister Abdul Hamid Dbeibeh, step down. The shutdown ended last week when the government appointed a new head to the National Oil Company. Libya marked the end of the controversy with a new oil export to Italy.