An Egyptian court has asked that the execution of a man who stabbed a student to death be broadcast on television. 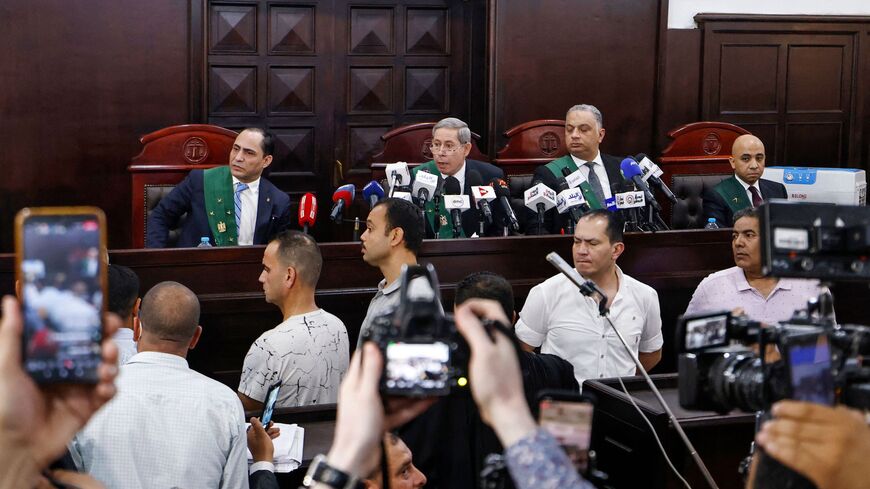 CAIRO — An Egyptian court has called for the execution of a young man to be broadcast live. The condemned was convicting of stabbing his classmate at Mansoura University to death.

In a July 24 letter to the Egyptian Parliament, the Mansoura criminal court requested a legal amendment be made to allow the execution to be aired live on television.

“A broadcast, even if only a part of the start of the proceedings, could achieve the goal of deterrence, which was not achieved by broadcasting the sentencing itself,” the letter read.

On June 20, chilling video footage showed Mohamed Adel kill Naira Ashraf at their university campus. According to local reports, she had been about to sit for final exams when he stabbed her several times in front of onlookers. The crime shocked Egypt.

The court’s request was met with mixed reactions in Egypt. Some observers have expressed support of the idea to air the execution in the name of retribution and others argue that it would only spread violence in the community.

Ahmed Shawki Abu Khatwa, a professor of criminal law and former dean of the Faculty of Law at Mansoura University, told Al-Monitor, “The court requested the legislature to introduce an amendment to the penal code to allow the broadcasting of the death penalty. It is imperative to have a legal text to allow this.”

He added, “In my opinion, this is not a very pleasant thing to do. Never has a death sentence been carried out in public in modern Egypt since the law of 1937," meaning Egypt's penal code. "I don’t believe that telecasting the execution will deter others but rather leave the public numb to the sight of violence and entrench the idea of revenge. This is not the desired effect that the court wants to achieve.”

Abu Khatwa said that he does not believe parliament will respond to the court’s request, explaining, “It is true that the convict committed a heinous crime, but he will pay his debt to the community by being punished. In this sense, all his rights should be preserved, including "the implementation of the sentence in accordance with the legal procedures.”

According to Articles 473 and 474 of the Egyptian Code of Criminal Procedure, the death penalty is to be carried out inside the prison or in another restricted location, in the presence of the public prosecutor’s deputies, the prison warden, the prison physician or any other physician delegated by the prison, in addition to the convict’s lawyer. Any additional person who wishes to be present during the procedure must obtain special permission from the prosecution.

Abu Khatwa said, “It is possible to broadcast the preliminary procedures prior to the moment of the execution. The convict could be brought from his cell to appear before the executive committee and asked about his last wishes. This does not require any legislative amendment.”

On April 21, 1998, Egyptian TV stations broadcast the preliminary procedures of the execution of three people convicted of killing an engineer and her two children in their apartment in Nasr City, east of Cairo — a crime that shocked the public.

On Nov. 27, 2019, the first steps in the execution of Hashem Ashmawi, who was convicted of terrorism, were also broadcast.

Death sentences in Egypt are carried out by hanging. When the verdict is finalized after consulting with the country’s mufti, the case is submitted to the president and the sentence is carried out within 14 days unless a pardon or commutation is issued.

Hala Mansour, a professor of sociology at Benha University in Egypt, told Al-Monitor, “In this case, broadcasting the execution on air or even parts of it will not deter other crimes. This was a special case, and it is not common in Egyptian society.”

“It is true that the crime was heinous and shocked Egyptians, but this does not require an extreme measure as broadcasting the execution as means of deterrence. The ruling was swiftly issued to reassure society and ensure that the criminal will not escape justice.”

The murder produced one of Egypt's swiftest death sentences, coming just days after the defendant's arrest.

“Broadcasting scenes of violence and execution would fuel and nurture violence, not limit it. This measure would be more appropriate for more frequent crimes such as rape, especially of children. In this event, this could be a deterrent for similar crimes that might happen in the future. But the case of Naira Ashraf is an isolated incident,” Mansour said.