The UAE is investing in an array of green and renewable energy projects. 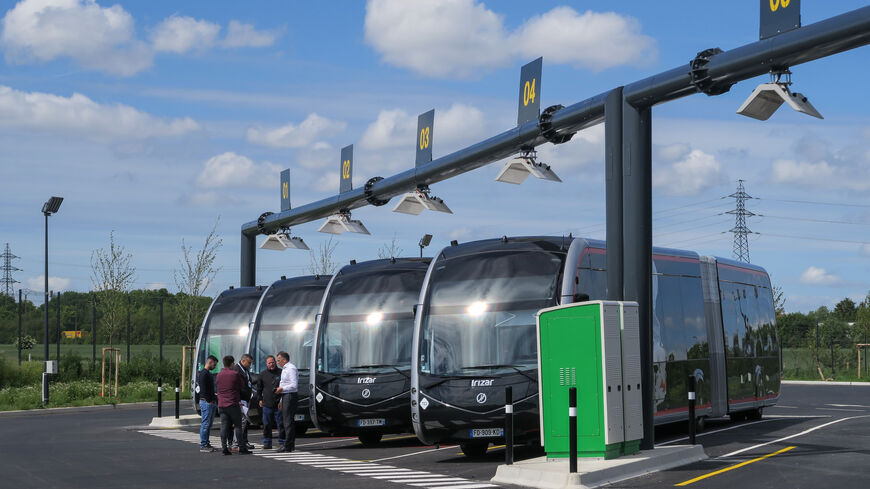 This picture taken on May 27, 2019 shows electric buses parked in their depot in Rivery, near Amiens, northern France. - JEAN LIOU/AFP via Getty Images

The United Arab Emirates’ largest city will soon roll out an electric bus that purportedly does not emit carbon dioxide.

Dubai’s Road and Transport Authority signed an agreement yesterday with Australia’s BusTech Group to test the operation of a “zero-emission electric bus” that will operate as part of Dubai’s mass transit system. The plan is in line with Dubai’s committee to be carbon neutral by 2050, the authority said in a press release.

A Road and Transport Authority spokesman told Al-Monitor that the bus will run trial routes between La Mer and Al Sufouh on Dubai's coastline. The buses are not yet on the road, according to the spokesman.

Why it matters: Oil and gas remain major parts of the Emirati economy, but the Gulf state is increasingly pursuing green technology and renewable energy as it seeks to diversify. In June, state-owned entities sent clean ammonia to Japan and signed a solar and wind power cooperation deal with Azerbaijan, among other endeavors.

An experimental waste-to-power plant also opened in the city of Sharjah in May.

Editor's note: this article was updated to include comments from the Road and Transport Authority.