The announcement of Minister of Regional Cooperation Issawi Freij that he will not run on the Meretz party list in the upcoming election could be a devastating blow to Arab representation in Jewish/Arab mixed parties. 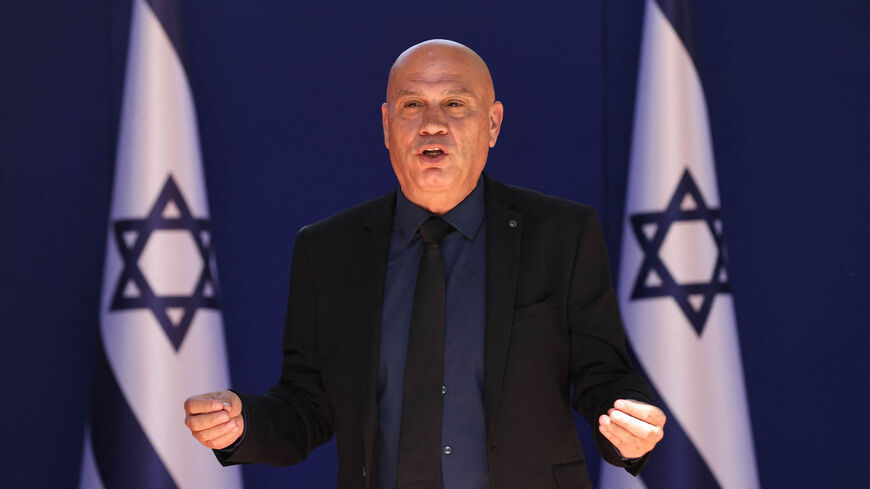 Israeli Regional Cooperation Minister Issawi Freij arrives for a photo at the president's residence during a ceremony for the new coalition government, Jerusalem, June 14, 2021. - Emmanuel Dunand/AFP via Getty Images

With the Knesset dissolved and another election underway, Minister of Regional Cooperation Issawi Freij of Meretz announced July 5 that he will not be running in the next election. His statement on Facebook read, “After much thought and consultations with my family and partners, I announced wholeheartedly that I have decided to take a break from the Knesset, though not from public life.” He continued, “I have informed Prime Minister Yair Lapid — a leader, a friend and a partner — of my decision.”

Sharp-eyed observers noticed that Freij’s post was missing an important name: none other than Minister of Health Nitzan Horowitz, leader of Meretz. It could have been another salvo in the attack Freij launched against Horowitz in an interview with N12 News, in which he called on Horowitz to step down as party leader and make do with being a regular member of Knesset.

Other members of Meretz, including Minister of Environmental Protection Tamar Zandberg and Knesset members Mossi Raz and Michal Rozin were quick to tweet flattering messages of support to Freij. Even Lapid was moved by Freij’s surprising announcement. He took to Twitter and wrote, “Issawi is not only an inspiring leader and true public servant. He is also a friend and partner.”

In contrast, there was social media silence from Meretz party leader Horowitz. Finally, he sufficed with a very curt statement to Radio Kan: “I’m sorry he is resigning. I admire him. That’s how it is in politics. People have all kinds of opinions. I’m not insulted. It’s legitimate to have criticism. We aren’t little children.”

Of course, Freij’s criticism of Horowitz did not emerge in a vacuum. Anyone who swims in the murky waters of Israeli politics and engages in the intraparty dialogues knows that Freij is convinced that he was wronged. He believes bringing Knesset member Ghaida Rinawie Zoabi, an outsider, who was not part of the party’s flesh and blood, into such a senior position in the last election was intended to push him into the No. 5 slot on the list, when no one thought the party would win that many seats. In the end, Meretz won six seats, Freij did enter the Knesset, and he even became a minister.

His criticism of Horowitz aside, Freij’s decision to resign from the Knesset is bound to send long-term shockwaves within the Israeli left. It signals a major shift for Meretz and the other center-left parties, none of which now have an Arab representative in a prominent position. True, Ibtisam Mara’ana represents the Labor party at the Knesset, but she is not yet considered a representative of the Arab public writ large.

This sets her in sharp contrast to Freij, who had widespread support in the Arab public, and who was considered his party’s point man in all matters pertaining to the Arab electorate. In fact, surveys showed that the Arab support generated by Freij was probably the reason why Meretz won quite a lot of Arab votes in 2019 — more than one Knesset seat worth. This helped the party at the time pass the electoral threshold and enter the Knesset. As Knesset member Razi said at the time, “Arab voters saved Meretz.”

This raises the question of what will be the fate of Arab representation in the Jewish center-left parties. In the past, these parties appointed several Arab Knesset members to senior positions in government, including the late Labor party Knesset member Nawaf Massalha, who served as deputy minister of health and deputy foreign minister in the 1990s, or former Knesset member Raleb Majadele, also of Labor, who was chair of the Interior and Environment Committee and later minister of science, culture and sport in Ehud Olmert’s government. And then there was the departing minister — Issawi Freij of Meretz.

The problem is that despite the successes of the past, Arab representation in the Jewish/Arab parties seems to be vanishing. In the past few years, on more than one occasion, we have seen these parties simply foregoing the Arab vote by failing to place an Arab candidate in a realistic position on their lists.

That is what happened with Yesh Atid, which has avoided including an Arab member in its list, or the Blue and White party led by Minister of Defense Benny Gantz, which did not include any Arab Muslim or Christian in his party list, even though he ran three times against Netanyahu for prime minister.

The situation is dire. Once, it was commonplace to find branches of the Labor or Meretz parties in Arab towns and villages. In contrast, Jewish parties have almost no presence in the Arab society today. This is true even though Yesh Atid did try to establish an Arab district for the party and even to open branches in the Arab sector. What they failed to do, however, was to have the good sense to place an Arab candidate high enough on their list to enter the Knesset, or even to start building up such candidates for upcoming elections.

Uri Zaki, chair of the Meretz party management, discussed this in a recent conversation with Al-Monitor. He said, “Freij’s retirement from politics is a devastating blow to Arab representation and a model of how Arabs can be partners in Zionist parties. The main reason for this is that Freij is the only important Arab political figure in the last decade who did not emerge from the Arab parties. Even if Meretz or other parties will choose Arab representatives, it will take them time to build up meaningful public stature. Issawi was popular not only within the Arab public, but with the Jewish public too. He saw himself as a representative of Arab society, but also as a member of Meretz, sharing in its values. This enabled him to stand as an equal with the party’s other leaders.”

Zaki ended his remarks by saying, “I hope and believe that Freij paved a path for other Arab leaders to integrate and lead in the future.”