Veteran Arab activists claim that for the new party Chairwoman Merav Michaeli their support is no longer a priority. 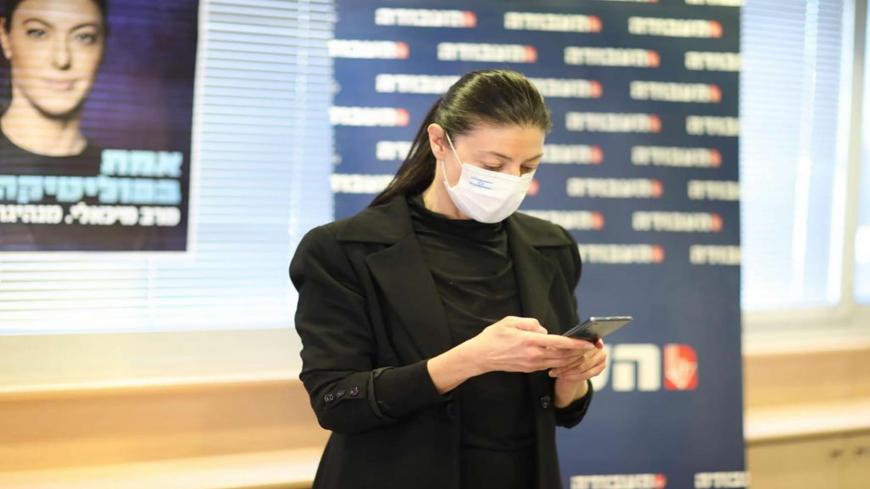 Since her election as leader of the Labor party Jan. 23, Knesset member Merav Michaeli has succeeded in reviving the long-dormant party. For months, people wondered whether it would even pass the electoral threshold, but with Michaeli at the helm, recent polls show that it could win as many as six seats.

This is a remarkable achievement, but things are not all bright and rosy in the party. Since she was chosen as the new party leader, she has had to contend with two waves of defections. It began with an announcement from the head of the party’s Arab Division, Raleb Majadele, that he is leaving the party, along with 20 Arab party activists. Majadele made history in 2007 by becoming the country’s first Arab minister (appointed minister without portfolio). This was followed by reports that several veteran party members had decided to quit Labor for the Blue and White party, headed by Benny Gantz.

It was the Labor party under late Prime Minister Yitzhak Rabin that signed the Oslo Accord with the Palestinians and a separate peace treaty with Jordan. Rabin did this with a government based on a majority of all Israelis, and not just the Jewish majority. He forged a partnership with two Arab parties, Hadash and the Democratic Arab Party, to block the opposition from removing Labor from power so that he could press forward with his agenda. It was a groundbreaking decision. Until then, all Israeli prime ministers had based their support on Jewish parties only, refusing to rely on Israel’s Arab parties.

Nevertheless, while Rabin’s second government is commonly regarded as the “Golden Age” for Israel’s Arab citizens, it now looks as if his party — now headed by Michaeli, a self-proclaimed “Rabinist” — is unable to keep the Jewish-Arab relationship intact within her own party. As aforementioned, a large number of Arab activists quit Labor to protest what they described as Michaeli’s dismissive attitude toward the Arab public. As they put it, they feel “unappreciated” after everything they have done, and are being ignored by the Labor party’s new leader.

More specifically, the Israeli-Arab activists are upset that the electorate they represent was not ensured a safe seat on the party’s list. They contest attributing the No. 7 slot to Ibtisam Mara’ana, an Arab Israel film producer. They argue that she does not represent the Arab public in general and their own Arab Division in particular. She is an outsider who lives in Tel Aviv-Jaffa. She did not rise from the Arab Division or the party.

In response to this first wave of defections, Michaeli responded, “The Labor party is undergoing a process of renewal and moving forward. We are building our house anew, and have seen 10,000 new members join us in the last month alone.”

Majadele discussed the defections with Al-Monitor, saying, “As of now, 46 Arab party activists announced that they have left the party. What we have is a party chair who does not consult with a democratically elected body within the party and does not include the Arab Division and its members in decisions regarding Arab representation. She is focused on what will benefit her personally and not what will benefit the party. She supported the candidacy of people whom the Arab Division did not consider to be authentic representatives of the Arab public. Similarly, she hurt the party’s Secretary-General Eran Hermoni and failed to reach agreements with [former Yesh Atid Knesset member] Ofer Shelah and [Tel Aviv Mayor] Ron Huldai, causing them to walk away, rather than integrating them in the party list and increasing the party’s strength.”

Mara’ana’s candidacy is contested also by others. Many within Labor are angry over a series of posts she had made in the past on social media, including one opposing the standing for the siren marking Israel’s national memorial days. In fact, she has since apologized for her remarks. It should be noted that the Central Elections Committee, which is made up of representatives of parties currently serving in the Knesset, disqualified Mara’ana as a candidate by a single vote, a decision that is expected to be challenged before the Supreme Court. Based on previous rulings, the decision will likely be overturned, and Mara’ana will be allowed to run.

Adding to all that is the feeling among party activists that Michaeli is building a Tel Aviv party, rather than a party representing all Israelis. Critics worry that this will alienate voters from the periphery, or from outside Tel Aviv for that matter.

One person taking advantage of the chaos inside the Labor party and its Arab Division is head of Yesh Atid Yair Lapid. On Feb. 16, he paid a visit to the Arab town of Taibeh, together with Knesset member Yoav Segalovitz and Arab candidate Ibrahim Qassim (26th on the Yesh Atid list). At a press conference there, they laid out their party’s plan to combat crime and violence in the Arab society. Meanwhile, Meretz Chairman Nitzan Horowitz and former Chairwoman Tamar Zandberg visited Nazareth with candidates Rinawie Zoabi and Issawi Frej to launch their own party’s campaign in the Arab society.

The office of Lapid sent a statement to Al-Monitor about his party’s plans to fight crime in the Arab sector, as outlined in Taibeh: “In 2020, there were 113 murders in the Arab society in Israel. It is a record number and completely unacceptable. The situation is out of control. Israel cannot ignore this. It must act quickly and comprehensively, with adequate resources. Our plan will stop this terrible wave of violence.”