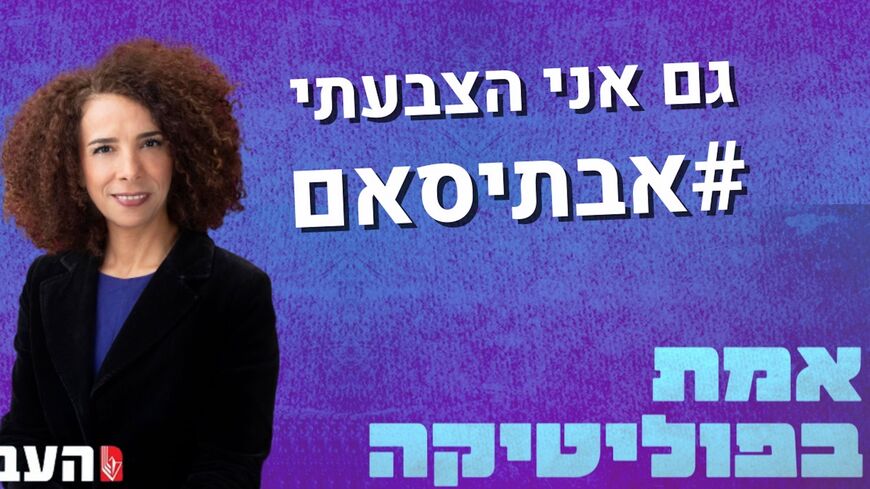 Ibtisam Mara’ana of the Labor Party was a controversial figure even before she was sworn into the Knesset. Parties on the right wanted to disqualify her, claiming that she supports terrorism, citing comments she once made on social media. The matter was brought before the Supreme Court, which ruled that Mara’ana was eligible to serve in the parliament.

Mara’ana remained the target of right-wing attacks on the “post-Zionist” left. Former Prime Minister Benjamin Netanyahu mentioned her frequently by name during his last election campaign, using her as an example of how the parties on the left pose a risk to national security.

Since Netanyahu was defeated and became leader of the opposition, leftist parties are now an integral part of the coalition and this week, Mara’ana became a member of the Foreign Affairs and Defense Committee, the most prestigious of all the Knesset committees.

This committee has always been considered a stronghold of the country’s security hawks. Traditionally, its members include former defense ministers and chiefs of staff. It was only in the last few years that women and Arabs were even appointed to the committee. The only Arab who ever served on the committee was current Minister of Regional Cooperation Issawi Freij, who was chosen by Meretz to be its representative on the committee back in 2007.

Inevitably, Mara’ana's appointment to the committee has raised controversy, particularly among the Israeli right.

Mara’ana, 45, is a highly regarded screenwriter and filmmaker. She is a feminist who grew up in a devout Muslim family from the village of Fureidis near Zichron Yaakov and made a name for herself with her activism on behalf of gender and national equality. Much of her work focused on the struggles of Arab-Israelis and Palestinians. She actively participated in demonstrations against Israeli military activity in the Gaza Strip.

In her personal life, Mara’ana is married to a Jewish descendant of Holocaust survivors and they have a daughter.

Mara’ana's past social media posts have evoked impassioned responses among Israelis. They began to made headlines when the Labor Party put her on its Knesset list before the last election.

In November 2020, for example, she posted in support of Maher al-Akhras, a member of Islamic Jihad, who was protesting his administrative detention with a hunger strike. Then, in July 2020, she wrote, “Another young man from the Gaza ghetto committed suicide last night. There is no hope for the sense of desperation, the brutal occupation and the oppressive Hamas regime.”

In December 2016, Mara’ana posted a photo of Netanyahu and a noose on Facebook. The photo was of a poster that appeared in an exhibit at the Bezalel Academy of Art and Design in Jerusalem that earned its student designer an interrogate by the police.

Mara’ana’s most problematic post for Jewish Israelis was her reaction to Holocaust Memorial Day, one of the most sacred days on the Israeli calendar. Memorial sirens go off across the country and millions of people stand at attention for a minute in memory of the 6 million Jews killed in Europe. Traditionally, the media is inundated with photos of Israelis pulling over to the side of the country’s busiest highways and stopping everything they are doing, no matter where they are — including supermarkets and gyms — to show their respect for the victims. It is one of the most solemn moments of the year, reflecting a shared legacy. In her post, Mara’ana wrote, “I did not stand during the siren; I was driving while the whole country was almost silent. I decided to keep going and there were two wonderful minutes during the siren. The road was empty, I kept thinking about what really interested me at that moment.”

In another post from April 2013, she asked, “How did the Holocaust impact the sex lives of the women who survived?”

Mara’ana apologized as soon as these posts were shared by the press. She even shed tears during interviews about them. Nevertheless, her harsh, defiant comments about her own attitude toward the Holocaust continue to haunt her.

Knesset members on the right were quick to lash out over Mara’ana’s appointment. Former minister Miri Regev released an especially scathing comment: “This is actually a very successful appointment to the Foreign Affairs and Defense Committee by [Hamas leader] Yahya Sinwar. Credit for this should be given to Prime Minister Naftali Bennett.” Far-right Knesset member Itamar Ben Gvir of the Religious Zionist party reacted snidely, “The next step will be the appointment of [Raam leader] Mansour Abbas as defense minister.”

Mara’ana didn’t seem bothered, tweeting, “The foreign affairs and defense of Israel are relevant to me as well. I have the right and responsibility as an elected official to have a say on them.” She also tweeted, “Arab women can also serve on the Foreign Affairs and Defense Committee. My role there, first and foremost, is to be vigilant and prevent unnecessary wars. Enough with all the violence. Enough with all the losses.”

Mara’ana clearly understands the power she wields as a trailblazing lawmaker. As a successful screenwriter, she also has the rhetorical skills needed to relay her messages to the people of Israel and the world at large.

While it is easy to understand why she is so controversial, it is important to remember that she was democratically elected to the Knesset and that she has a right to serve on committees. The way she is being treated by the right may serve its electorate, but it serves her interests, too.

Mara’ana is providing an important service to democratic Israel, and she is doing a great job at presenting Israel to the world. She is a perfect example of how the country is inclusive of different opinions and world views, including the most controversial. It will even allow a Muslim Arab woman to be part of the forum that oversees the country’s military and defense activities.