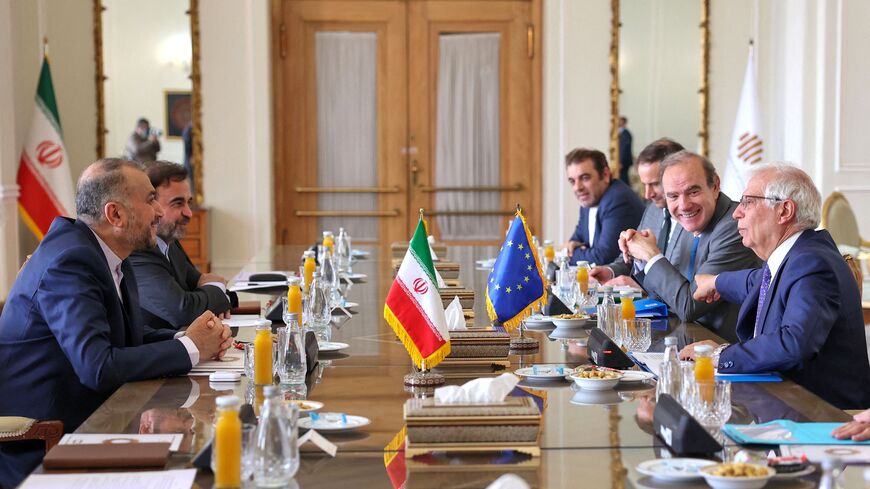 “Today has been a positive meeting because we decided to resume in the coming days the Iranians’ deal negotiations,” Borrell said during a televised news conference. “This visit will be followed by the resumption of negotiations also between Iran and the United States, facilitated by my team, to try to solve the last outstanding issues.”

Borell’s announcement in the Iranian capital followed his two-hour meeting with Iranian Foreign Minister Hossein Amir-Abdollahian. Neither gave an exact date for the renewed talks, which Borell said would take place in a Persian Gulf country.

“What is important for Iran is to fully receive the economic benefits of the 2015 accord," Amir-Abdollahian said, calling on Washington to take a “realistic and fair approach.”

“We are going to break the stalemate in the Vienna talks and end the tension that has existed in recent days,” Iran’s top diplomat said.

Amir-Abdollahian tweeted after the meeting that "a final deal is within reach, if other parties have the will to do so. Iran is resolute on reaching a good, strong & durable deal."

The talks in Vienna stalled in March after nearly a year of indirect negotiations between Washington and Tehran. The two sides were on the cusp of a deal before talks broke down over Iran’s demand that the United States lift its terrorist designation of the Islamic Revolutionary Guard Corps [IRGC]. The Biden administration refused to delist the IRGC without Iran making concessions on non-nuclear issues.

Borell said there was goodwill on each side, but that he couldn’t predict whether the two could clinch a deal.

The Donald Trump administration withdrew from the nuclear agreement in 2018 and reimposed tough economic sanctions on Iran. President Joe Biden has sought to re-enter the agreement, which offers Iran sanctions relief in exchange for curbs on its nuclear program.

White House National Security Council spokesperson John Kirby declined to speak on the talks' status, but told reporters Saturday that “nothing changed about our position that a nuclear deal is the best way to prevent Iran from achieving nuclear weapons status.”