Mohammed bin Salman’s plan to visit Turkey as part of a regional tour shows that the kingdom has no intention to upset Greece and Cyprus while mending fences with Turkey. 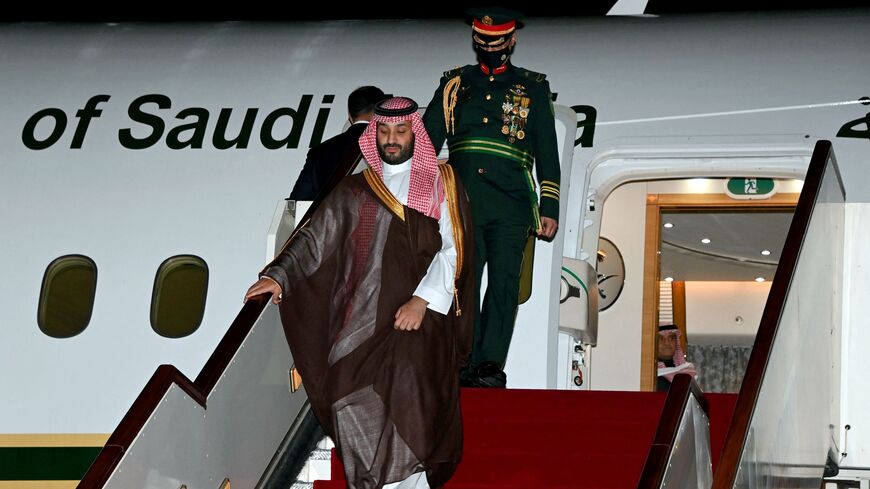 A forthcoming visit by the Saudi crown prince could have made Turkish President Recep Tayyip Erdogan all smiles — had he not added Greece and Cyprus to his tour. At a time of resurging tensions between Turkey and Greece, the prince’s itinerary comes as a message that Saudi Arabia has no intention to upset its friends while mending fences with Turkey.

The planned tour of Crown Prince Mohammed bin Salman, widely referred to as MbS, will take him also to Egypt and Jordan, with the exact schedule still under discussion, according to Reuters. The trip could happen as soon as early June, two sources told the agency.

Riyadh’s perception of a growing Iranian threat, its stumbles in the Yemen war and US policy shifts could all be reasons for rapprochement with Turkey. The notion of a Sunni axis against Iran in Syria, Iraq, Yemen and Lebanon is also drawing Riyadh and Ankara closer despite their collaboration with different local actors on the ground. Ankara and Tehran have clashed over an array of issues in recent months, including the formation of the new Iraqi government, the prospective export route of Kurdish gas, Turkey’s pursuit of Kurdish militants on Iraqi Kurdistan territory and threats to intervene also in Sinjar, the sharing of transboundary waters and the specter of a fresh Turkish military operation in Syria.

Erdogan may have further motives to make up with MbS, whom he had sought to discredit internationally over the murder of Saudi dissident Jamal Khashoggi in the Saudi consulate in Istanbul in 2018. For many observers, his quest to ease Turkey’s financial crisis is the most pressing reason.

Furthermore, peace with the Saudis could ease Turkey’s regional troubles to some extent. Ankara would face obstacles in various Arab countries as long as it bickers with Riyadh. Saudi Arabia can influence those relationships, negatively or positively, thanks to decades of handing out financial aid and claiming the leadership of the Muslim world. Turkey has faced such Saudi influence across the region, including in Egypt, Libya, Somalia, Sudan and Tunisia.

Saudi Arabia and the United Arab Emirates (UAE) have stood by the quartet of Egypt, Greece, Cyprus and Israel, which has isolated Turkey in the energy rivalry in the Eastern Mediterranean, though the two Gulf nations are not directly involved in the issue. A major objective of Turkey’s drive to normalize ties with Egypt, Israel and the Gulf heavyweights is to tip the equilibrium in the Eastern Mediterranean to its favor, which is keeping Greece alert against losing its Arab friends.

The crown prince’s plan to visit Turkey follows Erdogan’s fence-mending trip to the kingdom in April. It may look like a return visit, yet the inclusion of Greece and Cyprus to the same tour might dampen the mood in Ankara, given Turkey’s hopes of making gains against its two historic rivals in the Eastern Mediterranean.

The Saudis have had no direct role in the disputes, but their display of solidarity with Greece and Cyprus has irked Ankara. In March 2021, Saudi Arabia sent warplanes to Greece as part of joint military drills, making it clear whose side it takes in the disputes. The following month, Athens agreed to lend a Patriot air defense system to Riyadh to help protect Saudi infrastructure against missile attacks from Yemen.

The tour of the crown prince is remarkable also for its timing, coming amid rising Turkish-Greek tensions. Last week, Erdogan said he had “written off” Greek Prime Minister Kyriakos Mitsotakis for lobbying against Turkey in the US Congress. The Greek Cypriots, meanwhile, launched gas exploration in an area overlapping with the economic zone that Ankara claims.

Erdogan’s warm embrace of MbS was the highlight of his trip to Saudi Arabia, but he returned without signing any agreements. What MbS’ visit to Turkey could yield remains unclear. Ankara has been unusually tight-lipped about the visit since Reuters broke the news on May 23. A Turkish official quoted by Reuters was laconic, listing the topics of discussion as “bilateral trade, regional development, a possible [currency] swap deal and other investment and energy projects.”

The Saudis – hit repeatedly at home by the Yemeni Houthis -- are reportedly interested in purchasing the Turkish-made Bayraktar TB2 armed drones.

Turkey’s rapprochement with Saudi Arabia follows its reconciliation with the UAE, which happened rather fast but has yet to produce the significant strides that Ankara expects in terms of trade and investments. Ankara has floated rail and land road projects to connect Turkey and the Gulf via Iraq. Its discussions with the Emirates have focused on investment opportunities in various sectors, from renewable energy to healthcare. The two sides aim to seal a comprehensive free trade agreement by the end of the year.

Progress with the Saudis might take longer. Bilateral ties were badly damaged over the Khashoggi affair, which tarnished the reformist and progressive image that MbS was trying to project to the world, with Ankara sharing the details of the gruesome murder with the CIA. Mitsotakis and Cypriot President Nikos Anastasiadis played significant roles in breaking the diplomatic isolation of the crown prince.

MbS’ upcoming tour coincides also with a US quest to mend ties with Saudi Arabia and convince it to increase oil production to offset the impact of the Ukraine war on oil prices. Thus, MbS has a stronger hand vis-à-vis Ankara now, since the chill between Riyadh and Washington helped promote the Saudis’ rapprochement with Turkey.

And by combining his trip to Turkey with visits to Greece and Cyprus, the crown prince highlights his intent to preserve Riyadh’s ties with the two countries. Egypt did the same after launching reconciliation talks with Turkey last year, showing commitment to its ties with Greece and the East Mediterranean Gas Forum, a regional body excluding Turkey. Any expectation to the opposite would have been unrealistic in the first place. Turkey erred in this context during the showdown in the Gulf in 2017, openly taking  Qatar’s side and antagonizing the Gulf heavyweights.

Erdogan hopes Turkey could become a route for alternative gas supplies to the European Union, which needs an alternative to Russian gas. Boosted by Washington’s decision to rescind support for EastMed, a pipeline project to carry Israeli gas to Europe via Cyprus and Greece, he hopes to strike deals with Israel and Egypt before too long. The EU, however, is already working on a deal to import Israeli gas via Egypt, under which Israeli supplies would be liquefied in Egypt before being shipped to Europe.

In sum, the equilibrium in the Eastern Mediterranean is unlikely to easily change to Turkey’s favor in the short run, even if Turkey’s ties with Egypt, Israel and the Gulf continue to improve. And the foreign investments that Erdogan wants to ease Turkey’s economic turmoil ahead of elections next year might not come at the desired pace and scale. With many obstacles, his hopes could be largely reduced to wishful thinking.