Turkey's good relations with Qatar may not be enough for Erdogan

Erdogan’s Qatar visit failed to produce agreements that could help the ailing Turkish economy, but he wants to maintain Turkey’s partnership with Qatar, including military ties, while making efforts to reconcile with Gulf rivals. 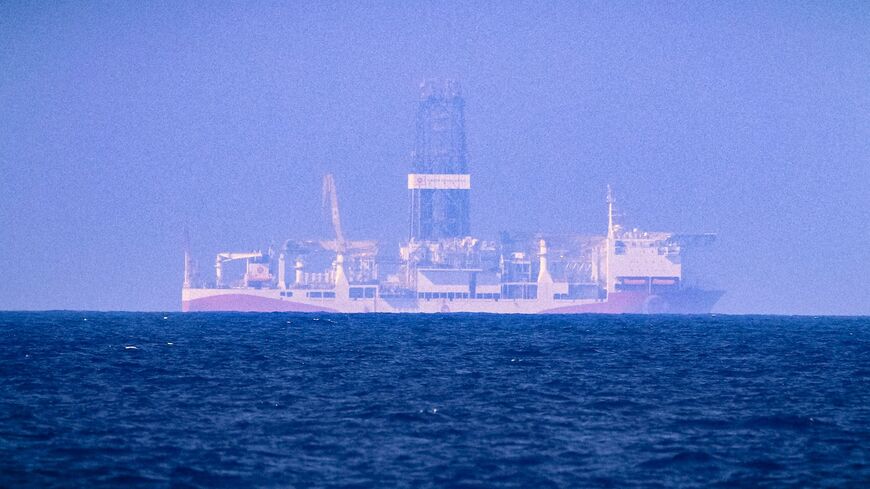 The Turkish drilling vessel Fatih, searches for gas and oil in waters considered part of the EU state's exclusive economic zone on June 24, 2019, in the Mediterranean Sea off Cyprus. - AFP via Getty Images

Turkish President Recep Tayyip Erdogan has paid a visit to Qatar – a country he sees as a foul-weather friend – amid the dramatic depreciation of the Turkish lira, a worsening hard-currency crunch and popular fears of a fire sale of national assets at home. The Dec. 6-7 visit, which took place against the backdrop of Turkey’s efforts to break its regional isolation and mend fences with Egypt, Israel and Gulf heavyweights, yielded 15 bilateral accords.

However, the deals are of little economic worth, envisioning cooperation in areas such as emergency response and civil defense, diplomacy, culture, healthcare, religious affairs, the media and the academy. Although such an outcome may have disappointed Erdogan, it does not eclipse the Qatari investments in Turkey since the country’s currency crisis erupted in 2018 amid political tensions with Washington.

The most recent Qatari investment was in a $102 million zinc plant inaugurated Dec. 4 in the southeastern province of Siirt. The venture plans to establish more mineral plants worth $500 million by 2023. Qatar pledged $15 billion worth of direct investments in Turkey in 2018. In another gesture of support, Qatar last year tripled its currency swap agreement with Turkey to $15 billion.

Speaking ahead of Erdogan’s visit, Turkey’s ambassador to Qatar said Qatari investments in Turkey have hit $33.2 billion, while Turkish investments in Qatar have reached $32 billion. Turkish contractors have assumed projects worth $18.6 billion in Qatar, but their earnings are bound to decline as Qatar completes construction projects for the 2022 FIFA World Cup.

But has the partnership yielded economic gains matching the importance that Ankara has placed on it? Qatari investments in Turkey amount to only 5 percent of the more than $400 billion that the Qatar Investment Authority has invested around the world. And the bilateral trade volume stood at a modest $1.4 billion in 2019, with Turkish exports to Qatar representing 0.1% of the country’s total exports.

Meanwhile, the defense partnership — marked by Turkey’s military base in Qatar — has acquired a new dimension with an agreement signed in March. The deal, which awaits ratification by Turkey’s parliament, would allow Qatar to deploy 36 warplanes and 250 troops in Turkey, using Turkish airspace and bases for training flights.

Given that Qatar’s arsenal contains French-made Rafale jets, some saw the agreement as Turkey’s response to Greece, which has ordered 24 Rafale jets from France following tensions with Turkey. According to Greek media, Turkey is eager to acquaint its pilots with the Rafale jets, which the Turkish army does not own.

The Turkish base in Qatar was Turkey’s way of shielding Doha from tensions with its Gulf neighbors. Closing the base was one of the conditions that the Saudi-led bloc put forward to end the blockade it had imposed on Qatar in 2017. The blockade ended in January, but this hardly means that the continuing Turkish military presence in Qatar is now welcome in the Gulf.

In an apparent acknowledgement of such sensitivities, Erdogan delivered a rather soft message during his visit to the base Dec. 7. “Turkey, along with Qatar, places great importance on peace and well-being in the entire Gulf region. We would never like to see tensions, conflict and enmity in these lands,” he said. “All of the Gulf peoples are our true brothers."

Now that Doha is on a course of reconciliation with its neighbors, it is unlikely to advance further its military partnership with Turkey on Qatari territory. Moreover, Qatar has long shown it has no intention to prioritize Turkey’s foreign policy objectives. Despite close economic and military cooperation, Doha has diverged from Ankara on some issues.

Most importantly, Qatar has been involved in energy projects with the Republic of Cyprus at the expense of Turkish claims in the Eastern Mediterranean. Last week, a consortium between ExxonMobil and Qatar Petroleum was awarded gas exploration rights in an offshore area, called Block 5, within the boundaries of the economic zone that Turkey claims. The consortium had already started exploration work in Block 10 in 2018. Ankara reacted in a rather low-key manner at the time, but it seemed to sharpen its tone after the Dec. 2 licensing. “Turkey will never allow any foreign country, company or vessel to engage in unauthorized hydrocarbon exploration activities in its maritime jurisdiction areas,” the Turkish Foreign Ministry’s spokesman said.

Doha’s strategic choices confirm its reluctance to share its foreign policy with Ankara. That attitude was on display also in spring when Qatar refused to allow the Afghan peace talks to move from Doha to Istanbul. Similarly, the Qataris scrapped a project for a Turkish-language TV channel by Al Jazeera several years ago, annoyed by the restrictive media climate imposed by Erdogan’s government.

After years of tension with Saudi Arabia and the United Arab Emirates, Erdogan now wants to open a new page with Qatar’s neighbors, while maintaining military ties with Doha. He hosted the Abu Dhabi crown prince in fence-mending talks in Ankara on Nov. 24 and is expected to return the visit in February. The UAE leadership — eager to review its ties with Turkey and Iran after falling out with the Saudis in Yemen — appears interested in Turkey’s defense industry, which has recently enjoyed international limelight over the impact that the Bayraktar TB2 drones made in various conflicts. While Erdogan visited Doha, Emirati officials explored cooperation opportunities with defense companies in Turkey, including Aselsan, the largest.

Ankara hopes that Saudi Arabia will move to thaw the ice with Turkey, too, to avoid falling behind the UAE amid its ongoing troubles in Yemen. Erdogan appears eager to make a sharp U-turn and shake hands with Saudi Crown Prince Mohammed bin Salman, whom Ankara held responsible for the 2018 slaying of journalist Jamal Khashoggi in the Saudi consulate in Istanbul.

Qatar had signaled readiness to mediate between Ankara and Riyadh after its reconciliation with its Gulf neighbors in January. And the talks between the Turkish and Saudi foreign ministers in May, followed by the Saudi trade minister’s meeting with Turkey’s vice president in November, show that an Erdogan-Mohammad meeting might not be far away.