The controversial planned city will partner with a Japanese and a French company in the endeavor. 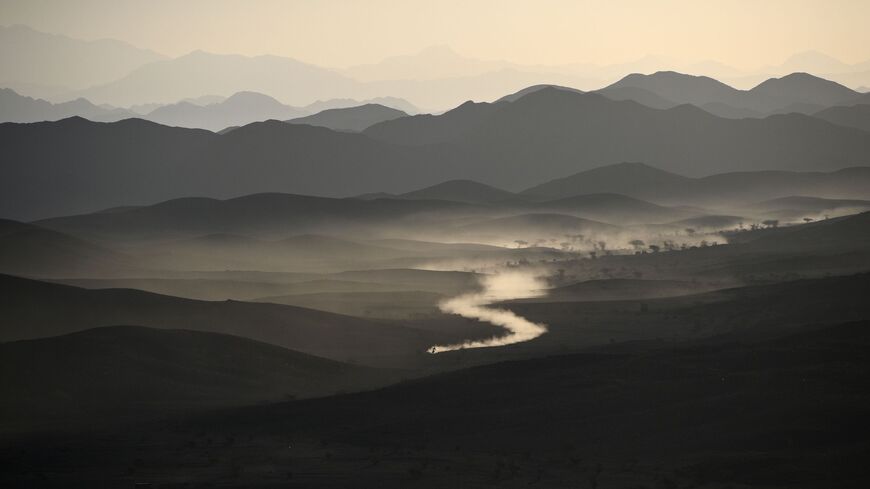 A file picture taken on Jan. 6, 2020, during the Dakar 2020 car race shows a general view of Saudi Arabia's northwestern region between Neoam and al-Wajh. - FRANCK FIFE/AFP via Getty Images

NEOM signed a memorandum of understanding yesterday with the Japanese trading company Itochu and the French energy company Veolia to build a desalination facility powered completely from renewable energy. NEOM plans for the facility to produce 500,000 cubic meters a day of water by early 2024, according to a press release.

What it is: Desalination is the process of separating salt from ocean or seawater to create fresh water that can be used for drinking. It is relatively common in the Gulf, where water shortages are an issue.

NEOM did not specify what type of renewable energy would be used to power the desalination process. In March, the planned city unveiled plans to build a green hydrogen facility. Turkey uses geothermal energy for water desalination.

Why it matters: The Saudi economy remains heavily dependent on oil, but the kingdom has explored renewable energy forms such as solar power in recent years.

Water scarcity is an issue throughout the Middle East, and Saudi Arabia is one of the most water stressed countries in the world.

NEOM is a controversial project. Tens of thousands of Saudis in the country’s northwest are facing eviction as a result of the plans.