Israel set to top up Galilee with desalinated water from Mediterranean

Some of the Sea of Galilee's water will reportedly go to Jordan following a water-sharing deal between Israel and Jordan earlier this year. 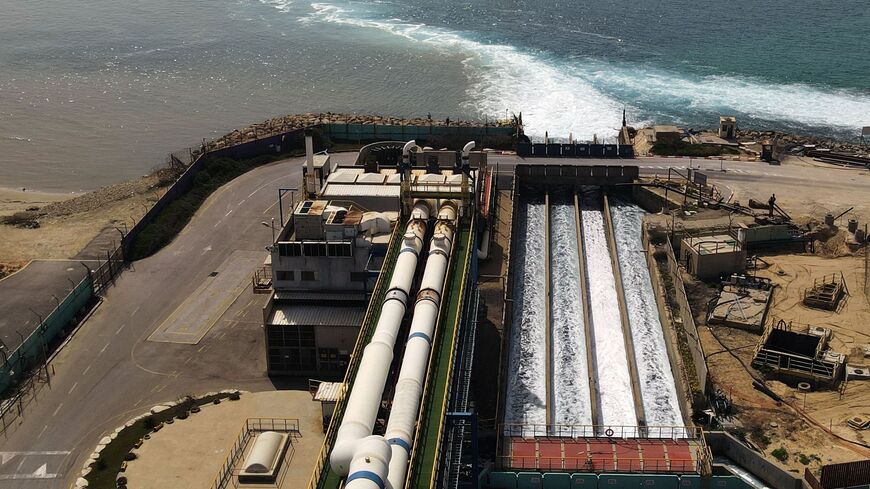 A photo taken during a tour of the Hadera Desalination Facility on April 3, 2022, shows a general view of the location in the central Israeli coastal town of Hadera. - JACK GUEZ/AFP via Getty Images

Israel inaugurated a major project Tuesday to fill the Sea of Galilee with desalinated water from the Mediterranean.

The project is a joint initiative between Israel’s national water carrier, Mekorot, and the Israel Water Authority. Mekorot constructed an underground pipe connecting the Galilee to five desalination plants on Israel’s Mediterranean coast. The water level in the Galilee is sufficient at present so the system may not be used immediately, according to The Times of Israel.

The project has been in the works for several years and will serve to maintain water levels in the Galilee as well as transfer water to Jordan, according to the Israeli news site Ynet. Israel and Jordan signed an agreement in November to exchange solar energy for desalinated water.

Why it matters: The Sea of Galilee is Israel’s largest freshwater lake and the water in the Galilee is heavily used for agriculture. This usage along with drought have led the lake’s water levels to decline in years past. In 2016, the Galilee reached dangerously low levels.

Increased rainfall and Israel using desalinated water for drinking have contributed to the rising water levels. Israel previously used water from the Galilee for drinking, according to The Jerusalem Post.

The Galilee desalination project is also potentially good news for Jordan, in light of its recent water agreement with Israel. Water scarcity is a big issue in Jordan. The Jordan Valley Authority signed an agreement with the US government this month to address water loss in Jordan.

Know more: Water desalination is growing throughout the region. The following water projects have been announced in the Middle East in 2022: