Photographers and journalists from Nile Basin countries meet in Cairo to show their stories about the Nile in the EveryDayNile project amid growing concerns of water shares and cleanness. 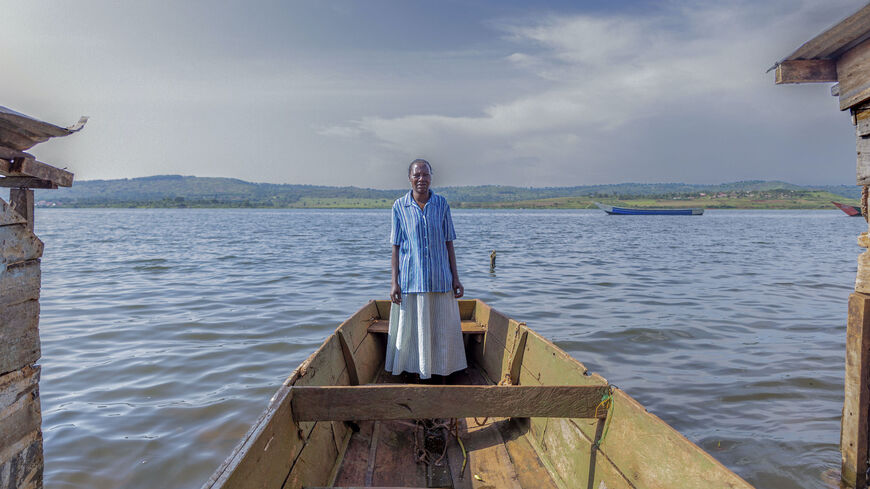 CAIRO — The EveryDay Nile Photo Exhibition proposes video clips that shed light on the other side of the lives of Nile residents, in an attempt to dive into their dreams and problems amid media reports and studies in which international water wars could start from the Nile River as governments of the riparian countries quarrel over additional water shares that are currently at stake due to both pollution and climate change.

In 2019, a set of discussions and meetings kicked off between a group of photographers, researchers and journalists across the Nile Basin countries. The meetings were held so as to start cooperation toward monitoring the stories of the residents on the banks of the Nile who rely on the river’s water for drinking, irrigation, fish wealth and energy generation purposes. The meetings were held within the framework of an initiative aimed at converging the views of the Nile residents and teaching them about the nature of life as well as the problems and challenges every country's residents face away from the stereotypes they tend to hold about each other.

On the sidelines of an art exhibition that ran June 15-20 and was held as part of the initiative in Cairo, Roger Anis, artistic director of the EveryDay Nile initiative, told Al-Monitor, “The stories chronicle the lives of the Nile residents, some of whom face arid drought while others face flooding that drowns crops and takes lives.”

He added, “Our goal for four years has been to draw a visual and informational map of the societies of the Nile Basin countries to break the prevailing stereotypes, complete the incomplete stories and get to know each other.”

Anis said, “The stereotypes of the Nile residents about each other are mostly a result of a lack of information as well as individual and brief storytelling processes.” 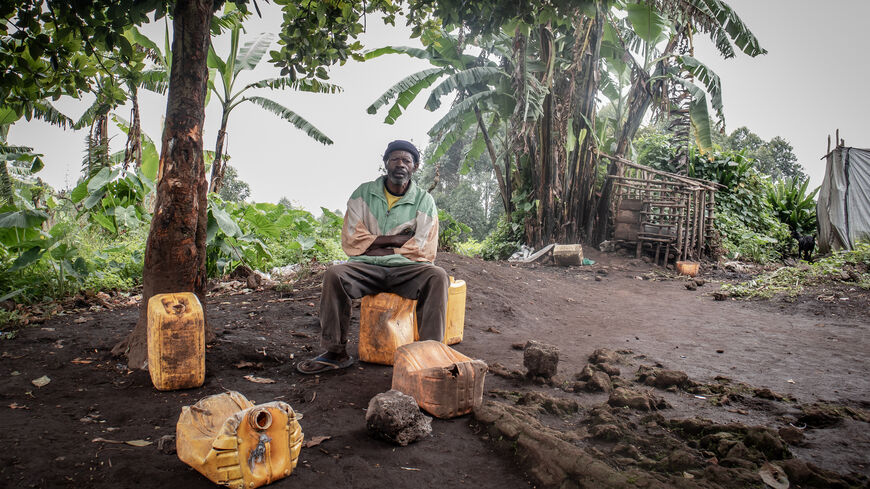 As part of the Open Water Diplomacy Lab project, studies on the role of the media and science in influencing tension and conflict in the Nile Basin and the Blue Nile, in particular, showed a tendency in the media to distort scientific and technical facts to inflame feelings and provoke strife away from objectivity. Also, most of the information on contentious issues such as the Grand Ethiopian Renaissance Dam (GERD) rely on copying and pasting from websites.

Asked about the ability of illustrated stories to change stereotypes and rectify information, Anis said, “It is difficult to judge the ability of images to completely change perspectives, but if a video clip managed to surprise the audience and teach them something new, then attention would be drawn to new information and more knowledge.”

He added, “It cannot be said that such initiatives can defuse tensions caused by political differences in the management of the Nile water, but they sure can serve as bridges of communication between the peoples away from politics and the effects of negative political propaganda. Such initiatives serve as awareness campaigns at a time when the Nile Basin countries are witnessing strong targeted campaigns supported by governments and politicians.”

“The exchange of stories can move perceptions, even if it cannot change them altogether, especially if such stories are full of touching human stories,” he went on to say.

Emmanuel Fetini, a researcher focusing on water policy and media affairs at the IHE Delft Institute for Water, share with Al-Monitor his experience working with journalists and photographers from the Nile Basin countries during the EveryDay Nile project.

He said that “photographers had the opportunity to discover stories, tales and problems related to the Nile, be it in their own country or in other countries overlooking the Nile, in order to closely witness the different ways in which the peoples of the Nile obtain water.”

“I felt how Egyptian journalists were astonished to learn that some of the Nile peoples, such as Ethiopia and the Congo, who are rich in water, do not have the means to clean their water sources, and so there was an opportunity to discover the joint challenges related to the use of water, agriculture, fisheries and hydropower,” he added.

Fetini said that “in countries such as Egypt, Sudan and Ethiopia, journalists and researchers sometimes lack the sufficient freedom of expression and research due to the security and political sensitivity of the Nile issue. However, within such collective initiatives, there is a margin of freedom to tell stories and work through a new perspective that challenges the existing stereotypes, allegations and the general trend. Such initiatives can create a bigger margin of freedom in dealing with various subjects related to the river, but it remains a long-term process.”

He said, “In the EveryDay Nile project, we do not focus on the political issues that are prevalent in the media and are creating tensions, such as GERD. Through the presentation of illustrated works to the public, I saw a state of astonishment, curiosity and interest in learning.”

The InfoNile Project, a transnational group of graphic journalists seeking to uncover and tell water issues in the Nile River Basin through data-driven multimedia, is taking part in the EveryDay Nile initiative. This group supports the initiative with numbers and scientific facts related to the issues covered in the illustrated stories such as drought, flooding, climate change, irrigation, agriculture and fisheries on the banks of the Nile.

Annika McGinnis, founder and director of the InfoNile project, told Al-Monitor, “We aim to connect journalists across borders to convey the same story from different angles to different audiences across the Nile Basin.”

“It was initially neither easy nor normal for journalists to work together, as each of them had their deep convictions. However, thanks to the production of collective stories, nationalism decreased, especially in cross-border stories through which information from each country is compared to the other and data about common and cross-border Nile issues are unbiased,” she said.

Asked about the impact of the collective work of journalists from the Nile Basin countries on the common issues and challenges, McGinnis said, “It may take more time, but through initiatives, training programs and the production of cross-border stories, there are inspiring experiences and good stories capable of defusing tension.”

The projects and initiatives coming from journalists and supported by donors interested in defusing tensions and starting cooperation in the Nile River Basin remain a new path aimed at conveying the other side of the lives of the Nile residents. This comes in an attempt to create a state of interaction with the local public opinion through issues and challenges experienced by the river bank residents, away from negative stereotypes and nationalist prejudices that deepen the state of tension without resolving any of the water use issues.