The quick visit of Prime Minister Naftali Bennett June 9 to Abu Dhabi clearly demonstrates the Israeli-American strategy of creating a large regional alliance that would face the Iranian threat. 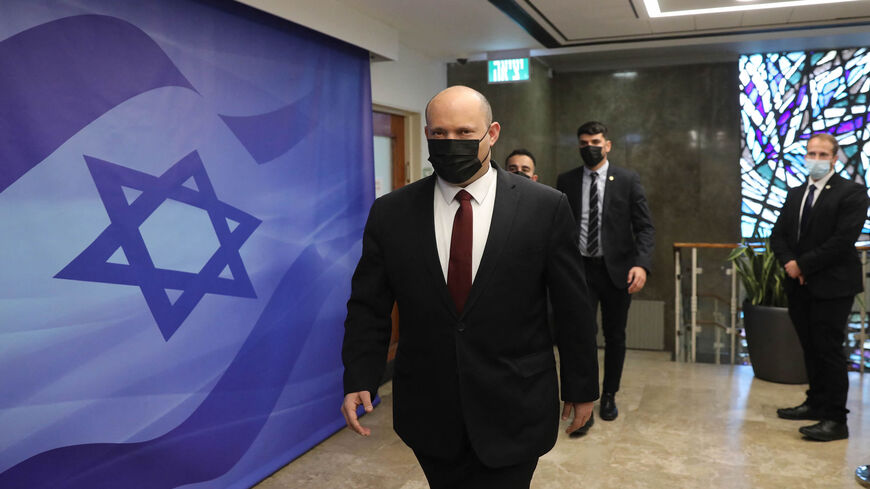 The “regional architecture” is code for the anti-Iran alliance taking shape in recent months between Israel and Sunni states in the Middle East, referred to thus far in various statements but implemented largely away from the public eye. Even as Bennett and his Emirati host referred obliquely to this “architecture” in Abu Dhabi, in Washington, bipartisan groups of US lawmakers in the House and Senate introduced legislation June 9 authorizing the US administration to cooperate with Israel, Egypt, Jordan, Saudi Arabia, the UAE, Bahrain, Qatar, Oman and Kuwait, as well as Iraq, on developing and deploying an integrated air and missile defense against Iran. Iraq’s inclusion on the list surprised many observers.

The Deterring Enemy Forces and Enabling National Defenses (DEFEND) Act is apparently mostly declarative and diplomatic in nature, and is not budgeted. It is designed to bolster cooperation between Israel and its Arab neighbors based on the 2020 Abraham Accords, and enable the Pentagon to help these allies to the extent possible in locating, identifying and defending against any means Iran and its proxies might launch at them.

These range from exploding and armed drones to ballistic and cruise missiles. The sophisticated joint aerial defense system would span thousands of miles across the Middle East, and provide its members with superpower-level advance warning. The next stage, according to various assessments, would involve Israel helping its allies not only locate and identify threats, but also intercept them.

Some sort of such cooperation is already in operation, as easily identified, for example, in the interception over Iraq by US fighter jets of two armed drones that Iran launched toward Israel in February. “Saudi Arabia is the most vulnerable country in this alliance,” a top Israeli security source told Al-Monitor on condition of anonymity. “It is under weekly attacks by Iran, including some that caused great damage. The Saudis are totally engaged. No one needs to push them in. They are the ones spurring this move. For them, this is an existential issue of national security.”

When the Democratic administration came into office in Washington in January 2021, some in Israel feared it would turn its back on the Abraham Accords, if only because they formed part of President Donald Trump’s legacy. The “anything but Trump” approach has been a long-held tradition in administration changes in Washington and signs of it were evident after President Joe Biden and his staff moved into the White House.

But that changed rather quickly. “Initially, we really did encounter US chilliness,” a senior Israeli diplomatic source well versed in these developments told Al-Monitor on condition of anonymity. “They were not very keen about what Trump had done, and especially critical of the exaggerated price he paid for his moves.”

Al-Monitor has learned that the crux of the new administration’s reservations had to do with the price paid for Morocco’s agreement to normalize its ties with Israel, in the form of US recognition of Moroccan control over the long-disputed claims to Western Sahara. But with time, Israel’s intense behind-the-scenes work paid off.

“The work done from the Israeli side was very thorough, very serious, and the Americans rose to the challenge,” the senior diplomatic source added. “The foreign minister [Lapid] managed to convince his counterpart [US Secretary of State Antony] Blinken, and once he came on board, everything turned around.”

The very close relationship between Defense Minister Benny Gantz and Defense Secretary Lloyd Austin, and obviously the ties between top military figures, such as the commander of the air force, the head of military planning and Israel Defense Forces Chief Lt. Gen. Aviv Kochavi also contributed to the turnaround, according to the official. “Each worked with his American counterpart and the result was perfect. The Americans realized the extent of the potential fairly quickly, decided to ignore politics and delved deeply into this issue with all their might and abilities. We are now starting to reap the fruit.”

On the sidelines of these developments, another fascinating process has been taking place. "The tremendous effect of the cooperation between Israel and its partners in the Abraham Accords has not gone unnoticed by the Egyptians and the Jordanians, the veteran partners in the frigid peace agreements with Israel," said a senior Israeli official in Jerusalem, talking on condition of anonymity.

The official told Al-Monitor, "The Jordanians and Egypt see what is happening, for example, between Israel and the UAE; they see the humongous scope of trade, the free trade agreement that has now been signed, all of Israel's inputs in technology, agriculture, high tech, and they want them, too. The Abraham Accords have had a considerable impact on the pioneering peace agreements in the Middle East, and all this is also influenced by the fact that there is a more businesslike and effective government in Israel today than the transitional governments that existed there in previous years. All parts of the system have been harnessed for this matter, and it has taken off.”

Every article of this kind begs the question of when some sort of agreement might also be signed with Saudi Arabia. "Saudi Arabia works at a different pace," another senior Israeli diplomatic official told Al-Monitor on condition of anonymity. "There, the ceremonies will come at the very end. Actions will come sooner. It is safe to determine that the scope of contact, cooperation and relations with the Saudis today is much greater than it was a year ago, and a year ago it was much greater than it was two years ago. Publicly, they will ripen at their own pace. When that happens, we will know."

One of the Saudis’ most coveted Israeli inputs is its influence in Washington to help restore the legitimacy of Crown Prince Mohammed bin Salman. In Israeli vernacular this is being referred to as the crown prince wanting to be let back into the diplomatic salons, freed from the dog house to which he was relegated after the 2018 murder of dissident Saudi journalist Jamal Khashoggi.

Israel's hands are largely tied in this affair and it shares the burden of proof with the Saudis. Jerusalem is currently trying to persuade Washington to lift sanctions imposed on the Israeli cybersecurity firm NSO, which sold spyware to the Saudis, who reportedly used it to surveil Khashoggi and lure him to his death. If successful, such a reprieve could also mark the beginning of Western forgiveness for Mohammed.