Following a change in Saudi Arabia’s entry requirements, dozens of Israeli businesspeople arrived recently to Riyadh and even closed deals there. 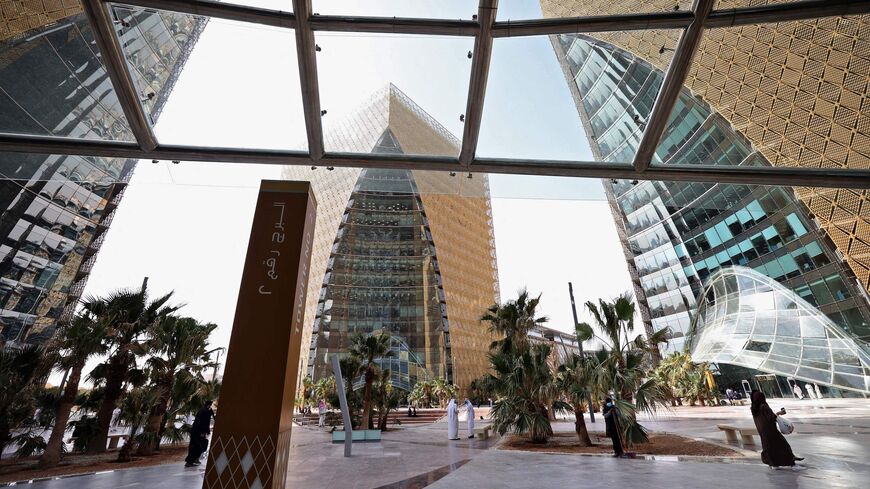 The economic and commercial ties between Israel and the United Arab Emirates and Bahrain following the Abraham Accords, which brought a rapid growth in trade (by five times and more) to nearly a billion dollars in 2021, has also led to the begininng of economic and business ties between Israel and Saudi Arabia, or to be more exact, between businesspeople and companies from the two countries.

Normalization of ties with Saudi Arabia could still take some time, but economic normalization seems to be starting to happen.

According to Israeli and Saudi sources, this is seen in large deals recently signed, in the visits of Israeli businesspeople with Israeli passports with special visas to Saudi Arabia, and in advanced contacts concerning investments of Saudi businesspeople and Saudi investment funds in Israel.

These businesspeople are mainly representatives and directors of Israeli technology companies who are invited by the Saudis.

The visits of the businesspeople became possible following the cancellation of the blanket ban that existed in Saudi Arabia, and the new ease of obtaining a special visa.

As abovementioned, dozens of businesspeople have used this opportunity and visited Riyadh, Saudi Arabia’s economic hub, as well as other places, such as the city of the future Neom, which is being built close to the shores of the Red Sea.

This city was visited by former Prime Minister Benjamin Netanyahu, who met there with Crown Prince Mohammed bin Salman in November 2020, in a meeting also attended by then-Secretary of State Mike Pompeo.

These visits have yielded a few deals, among them two large deals at the scope of millions of dollars in the field of desert agriculture. Y.P. is an Israeli businessman who visited Riyadh. Speaking with Al-Monitor on condition of anonymity, he said that these projects involve Israeli hydro-technology, which is necessary for the Saudi desert climate, along with other Israeli agri-tech technologies. The Saudi leadership, he says, hopes to significantly expand the use of these Israeli technologies as part of its effort to achieve food security and independence.

Another sign of these strengthening ties is a direct flight from Tel Aviv to Riyadh that took off May 31 with Jewish American businesspeople aboard the private plane.

Dr. Nirit Ofir, the CEO of the Israel-GCC Chamber of Commerce, tells Al-Monitor that the interesting point is that it is the private sector on both sides that is rapidly pulling relations forward. She says that businesspeople are not limited by diplomatic issues and that when the personal encounter and interests combine, they move forward. She emphasizes that in contrast to the United Arab Emirates, these deals are between businesspeople and the private commercial sector and not between the nations.

Further support came directly from Riyadh. A senior Saudi official involved in the issue told Al-Monitor on condition of anonymity that there is an increase in the number of requests from Saudi businessmen for entry visas for Israelis, and that the interest and thirst for knowledge about Israeli technologies are rapidly growing. He said that meetings between businesspeople from both sides are also happening in Dubai and Abu Dhabi in the Emirates as well as Manama, Bahrain’s capital. “The government here sees the potential, and this fits with the plans and big reforms advanced by the crown prince.”

Until the Abraham Accords, these commercial ties happened behind the scenes, mostly through companies registered with European or other countries, and deals were signed in these countries. The huge momentum on the civic level happened, as expected, after the Abraham Accords that Netanyahu signed with Saudi Arabia’s neighbors, the UAE and Bahrain. The largely positive reaction to this agreement among the Saudi public and its economic and other benefits have paved the path to these expanding ties. The Saudis’ silent assent was expressed in allowing flights from and to Israel, whether to the Emirates and Bahrain or to the Far East, to fly in its airspace.

Another significant step forward happened in recent weeks, as reported in The Wall Street Journal, with the Saudi investment of $2 billion in the private equity fund established by Jared Kushner, Donald Trump’s son-in-law, who was his envoy to the region. The fund, whose total scope is $3 billion, intends to invest in Israeli companies in various areas of advanced technology.

This isn’t the first time that Saudi Arabia is investing in Israeli companies. Through an investment fund run by another former Trump official, Steven Mnuchin, the Arabian principality has invested in Israeli startups operating in the United States, with contracts with the American defense establishment, including the cyber companies Zimperium and Cyberreason.

In the fields of security and intelligence, these economic relationships with cyber companies are important to the two countries mostly because of their common enemy: Iran. There were a number of reports on the sale of Israeli security systems to Saudi Arabia, including the spy program Pegasus.

This common interest has created the necessary basis for cooperation also in other fields. Together with the Abraham Accords and alliances created in the region, Israel’s geopolitical clout seems to have increased. Some reports even claim that in its efforts to curb global oil prices, Washington asked Jerusalem to assist vis-a-vis Riyadh on this issue.

Two of President Biden’s senior advisers arrived this week in Riyadh — Amos Hochstein, who deals with energy issues, and Brett McGurk — in order to convince them to increase oil production. According to American sources, the issue of advancing economic and commercial ties with Israel is expected to come up in the talks.

Thus, economic relations develop quite rapidly. On the other hand, the diplomatic scene also registers some changes in a direction of rapprochement. This week it was reported that the United States is mediating between Israel, Saudi Arabia and Egypt toward a process of normalization. On the agenda is completing the transfer to the islands of Tiran and Sanafir in the Red Sea to Saudi sovereignty.

According to a report over the weekend by Ynet journalist Nadav Eyal, ahead of the expected visit in Israel at the end of June of President Joe Biden, the United States is trying to establish a security-diplomacy axis that includes Saudi Arabia and Israel, including meetings between the two sides.