Iran negotiator in Doha for indirect nuclear talks with US

The new round is starting at a critical moment for Iran, where lingering sanctions and soaring prices have intensified public discontent. 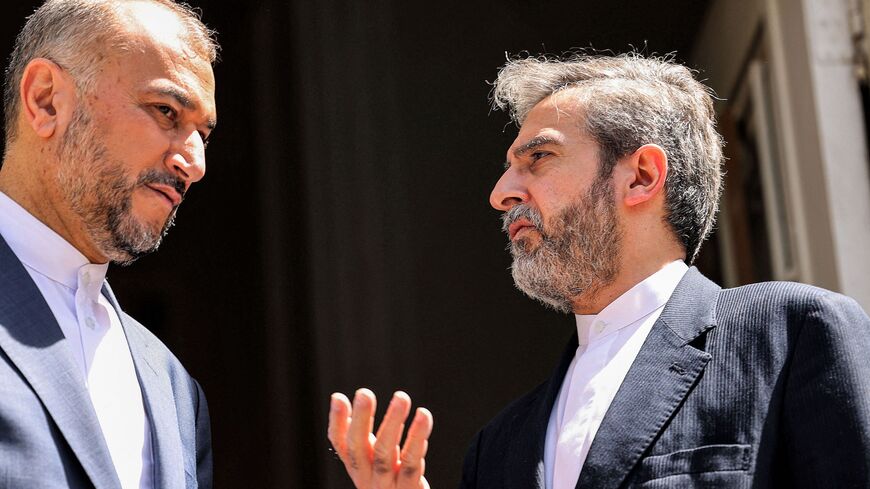 Iran's chief nuclear negotiator Ali Bagheri Kani was in the Qatari capital Doha on June 28, as Tehran and Washington agreed to push the restart button on nuclear talks that have been stalled since March.

In a tweet, Iranian Ambassador to Doha Hamidreza Dehghani avoided "any unrealistic prejudgement" about the negotiations that are meant to restore the Iran nuclear deal, the Joint Comprehensive Plan of Action (JCPOA). Dehghani wished the Iranian team "success in securing the interests of the Iranian nation."

US special envoy for Iran Robert Malley also landed in the Qatari capital for the indirect talks mediated by the European Union, this time without the presence of the United Kingdom, France, Germany, Russia and China, signatories to the JCPOA.

The resumption of the talks was announced last week by EU foreign policy chief Josep Borrell after his meetings with Iranian officials in Tehran. Borrell highlighted the urgency for a resurrected accord following a three-month pause from inconclusive rounds in Vienna.

In Tehran, the news of the resumption has been warmly welcomed by both moderate and conservative circles. "The prospects of the nuclear talks are now bright," read a headline from the Reformist paper Arman Melli.

Hard-line outlets hailed the broken deadlock, albeit in their own style. Javan, affiliated with the Islamic Revolutionary Guard Corps, argued that it was Washington's promises to commit to its obligations that convinced Tehran to enter the new round. Javan also pointed out the absence of the European nations in the "2+1 talks," as opposed to the 4+1 moniker for the Vienna negotiations.

Yet the ultraconservative daily, Kayhan, advised the Iranian negotiators to avoid "overexcitement" from the assumption that the venue being moved to Doha would make a difference. "If the Americans were willing to lift sanctions, they would have already done so in Vienna," the editorial read. Kayhan claimed that Borrell's visit to Tehran was a "diplomatic trap" set by the United States and Europe with the aim of forcing Iran into "backing down from its key demands," noting that "America and Europe have never demonstrated good will and serious resolve" in their dealings with Iran.

The new round of the JCPOA talks was coinciding with a moment of political and economic complications in Iran. The sanctioned country is grappling with inflation, unemployment and poverty all at levels unseen in its recent history. The ruling establishment has also been scrambling to quell public protests from Iranians disillusioned by the economy and the state's crackdown on dissent.

"Opportunities could go away as quickly as passing clouds," wrote Mohammad Ali Abtahi, a Reformist cleric and former vice president. "Public fate hinges upon chances like today's talks in Doha. Do not violate people's rights," he added in an apparent message to the Iranian negotiator tagged at the end of the tweet.