Iran's new optimism faces some serious challenges in an impasse with the US that has been lingering since March. 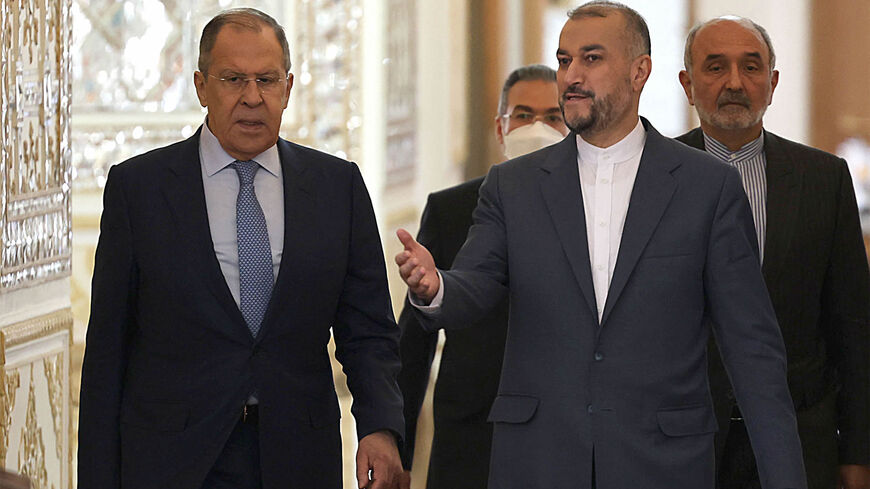 Iran's Foreign Minister Hossein Amir-Abdollahian said Tehran was hoping that talks with major world powers over the revival of the Iran nuclear deal "would reach the point of an agreement in a near future," as he stood next to his Russian counterpart, Sergey Lavrov, at a joint press conference in Tehran June 23. The Iranian minister, however, conditioned such progress upon the United States adopting a "realistic" approach.

The United States and Iran were indirectly engaged in negotiations over the 2015 accord, known as the Joint Comprehensive Plan of Action (JCPOA). However, more than a year of diplomacy that also involved other JCPOA signatories — the United Kingdom, France, Germany, China and Russia — was suspended in March.

Amir-Abdollahian told reporters that the Russian foreign minister had thrown Moscow's blessing behind "Iran's political stance" in the talks, and its support for a resurrected deal, should it inch closer to the final stage.

Iran's state media also quoted Lavrov as saying that the Kremlin "is seeking to have the US mistake corrected," a reference to Washington's 2018 withdrawal from the JCPOA, which he criticized as a violation of international law.

Despite being an ally of Tehran, Russia was accused of throwing a last-minute wrench in the works at a moment of unprecedented optimism about an imminent deal back in March. Moscow was insisting that under a restored JCPOA, international sanctions pertaining to its war on Ukraine should not complicate its trade with Tehran.

Yet Iran has had its own contentious point with the United States. Washington does not appear anywhere close to agreeing on Tehran's demand for the removal of the Islamic Revolutionary Guard Corps (IRGC) from the US government's list of Foreign Terrorist Organizations.

During the Tehran presser, Amir-Abdollahian and Lavrov also pointed out non-JCPOA issues, including work toward a 20-year strategic partnership deal, on which Russia and Iran have agreed in principle. Despite widespread public criticism, Iran inked a similar deal with China last year, as part of a "look to east" approach in its foreign policy with the aim of neutralizing US sanctions.

With Russia and Iran both currently facing severe international sanctions, the two foreign ministers said their governments were jointly working out solutions to overcome the impacts.

The ongoing Russia war on Ukraine appeared to have been covered at the meeting between the two diplomats. "While we oppose wars, we do also oppose imposition of sanctions against other countries including Russia," Amir-Abdollahian declared, repeating the Iranian official line.

Since the outbreak of the war, the Islamic Republic has refused to publicly condemn Russia for invading its western neighbor, repeatedly attempting to shift the blame from its allies in the Kremlin.

"There is no doubt that provocation by the United States and NATO is the root cause of the [Ukraine] conflict," President Ebrahim Raisi told Lavrov following the latter's arrival in Tehran late June 22. "Therefore, pushes for NATO expansion anywhere in the world must be actively blocked."