Iran's top diplomat was in Moscow in what appeared to be a push to bring Russia back onboard the nuclear talks after they were stalled presumably by Russia's "unrelated" demands. 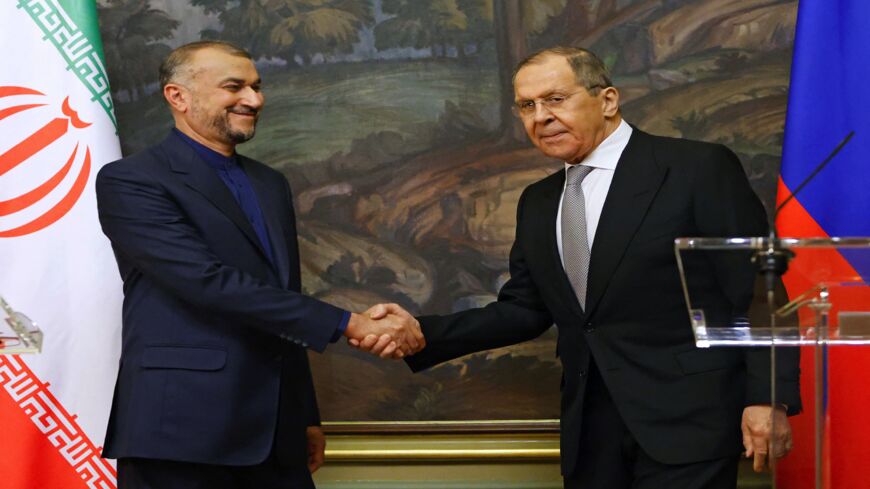 Iranian Foreign Minister Hossein Amir-Abdollahian said Moscow "will by no means block" a potential agreement that is meant to resurrect the 2015 Iran nuclear deal, formally known as the Joint Comprehensive Plan of Action (JCPOA).

"There will be absolutely no link between the developments in Ukraine … and the Vienna talks," the Iranian foreign minister declared during a joint presser with his Russian counterpart, Sergey Lavrov, in Moscow.

The statements and the visit itself came after the JCPOA revival talks in Vienna hit a snag, with negotiators declaring a break despite 11 months of marathon diplomacy that had brought the parties to the cusp of a deal.

Russia is accused of effectively triggering the impasse by demanding that any new deal must guarantee that Moscow's trade with Tehran will remain unaffected by Western sanctions levied on the Kremlin over its war on Ukraine.

"Should we see eye to eye with the American side over the remaining issues," Amir-Abdollahian said, "Russia will stand by our side to the very end, when we have a good, strong and lasting agreement." He also expressed gratitude to the Russian side for its "very constructive role" during the course of the negotiations thus far.

A date for the resumption of the talks has yet to be announced. Yet at the Moscow presser, Lavrov spoke of "written guarantees" offered by Washington and meant to meet Russia's demands. "They are included in the text of the agreement itself," he said.

On Lavrov's comments, US authorities did not specifically confirm any such formal guarantees. "Perhaps it is now clear to Moscow that … the new Russia-related sanctions are unrelated to the JCPOA and should not have any impact on its implementation," an unnamed US State Department official told Reuters.

Overlapping the Vienna talks, Russia's war on Ukraine and its subsequent attempt to "take hostage" the agreement has deeply divided Iran's political circles. The government of hard-line President Ebrahim Raisi and its supporters deny any commingling between the war and the nuclear talks, maintaining that the deadlock should be blamed on the United States rather than Russia.

The ultraconservative paper Kayhan, in particular, has been explicitly promoting the pro-Russia narrative, both with regard to the Ukraine war and the JCPOA stalemate. In a stinging, satirical piece on Monday, the paper labeled Russia critics at home as "servants" and "beggars of Western states."

By contrast, the centrist and Reformist camps are for the argument that Russia torpedoed an imminent deal and threw Iran off the cliff as soon as it found its own interests in jeopardy.

"Russia does not wish to see Iran's oil make a swift comeback into the international market in light of a new deal," said Diako Hosseini, a geopolitical analyst close to moderate former President Hassan Rouhani. In an interview with Qarn-e-No news website, Hosseini recommended that Tehran and Washington enter direct talks to bypass the pressure coming from Moscow.