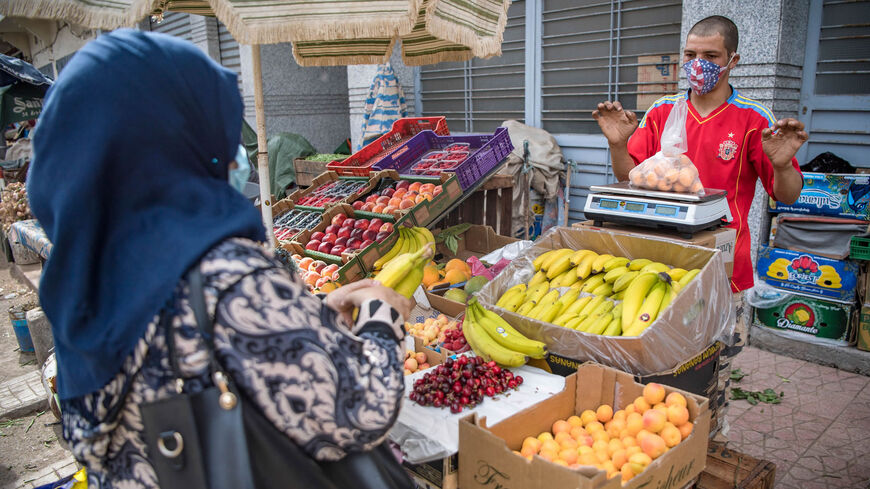 A vendor sells fruits at the central market during the Muslim Holy Month of Ramadan, Rabat, Morocco, May 6, 2020. - Fadel Senna/AFP via Getty Images 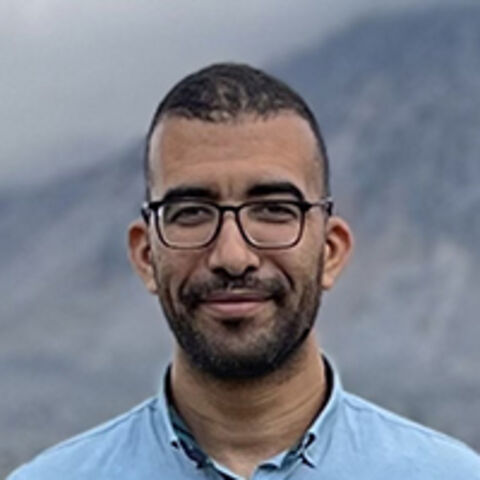 The Office des Changes (OC) published its monthly newsletter in early June, indicating a sharp rise in both exports and imports. The newsletter shows that remittances and phosphates were the leading sources of foreign hard currencies up to the end of April this year.

El Mehdi Ferrouhi, professor of economics and finance in the Faculty of Economics and Management at Ibn Tofail University in Kenitra, told Al-Monitor, “The agriculture and agri-food, and automotive sectors each account for 23% of total exports, while textiles and leather represent 10%.”

Comparing the first quarter of 2021 to that of 2022, the bulk of imports comprised fossil fuel products, which soared by more than 110%, while the imports of raw materials rose by 72%. Similarly, semi-finished products such as ammonia, chemicals, plastics and cereal imports increased by 53% and 25%, respectively.

Ferrouhi said, “This increase in the value of imports increases the trade balance deficit. Increases in exports — particularly phosphates and derivatives — covered only a small part of imports.”

As the trade deficit widens, increasing by 43.6% at the end of April to reach 91 billion dirhams ($9.08 billion), more pressure stresses the kingdom’s foreign reserves earned from exports. According to Ferrouhi, in order to narrow this gap, Morocco must diversify “its exports in sectors such as the pharmaceutical industry, the plastics and rubber industry, agriculture and forestry. The kingdom should reduce its dependence on imports of agricultural products such as wheat and barley and aim for self-sufficiency.”

Morocco's fossil fuel and food dependence make the country directly vulnerable to price fluctuations on the international markets. As imports soar, foreign currencies in Morocco plummet. “The effort must now be made in terms of preserving currencies so as not to be forced to borrow on the financial markets,” Ferrouhi added.

“It remains to be seen whether the Treasury plans to borrow internationally, which could increase foreign exchange reserves a little,” Hosaini said.

Morocco's latest sovereign rating by Fitch Rating, which is BB+, raises the cost of debt. Ferrouhi believes this “will further strain the balance of payments, as it will further indebt the country for several years. There is no urgency to borrow today and I hope that it will not be necessary.”

Moreover, Morocco saw higher inflation in April 2021, as the consumer price index rose by 5.9% with an increase in the index of food products by 9.1%, and that of nonfood commodities by 3.7%. According to a May report by Fitch Solutions, Bank Al Maghrib (Morocco’s Central Bank) will increase the key rate to 2% by the end of this year from 1.5% maintained since June 2020.

Ferrouhi explained, “The inflation Morocco is experiencing today is an imported inflation, linked to the rise in commodity prices on a global scale and not linked only to the financial sphere in Morocco.” Raising the interest rate will lead to inaccessibility to funding, which eventually affects investment, growth and employment. “I do not think that the increase in the key interest rate would lower prices — quite the contrary, it could impoverish the segments of the population affected by inflation and reduce access to financing for both individuals and businesses,” he added.

Hosaini noted, “Raising the interest rate is a complicated matter … any increase in the interest rate will further tighten monetary and financial conditions and, ultimately, demand. The latter is only just beginning to recover from the [coronavirus] pandemic.”

The Board of Bank Al Maghrib held its quarterly meeting June 21, to decide Morocco’s monetary policy and the interest rate to face this challenging period. According to the published press release, the board had decided “to maintain the accommodating monetary policy stance in order to continue to support economic activity. It therefore decided to keep the key rate unchanged at 1.5%, while continuing to closely monitor the evolution of the national and international situation.”