A newly promoted colonel will be the first woman to command a brigade in the Israel Defense Forces. 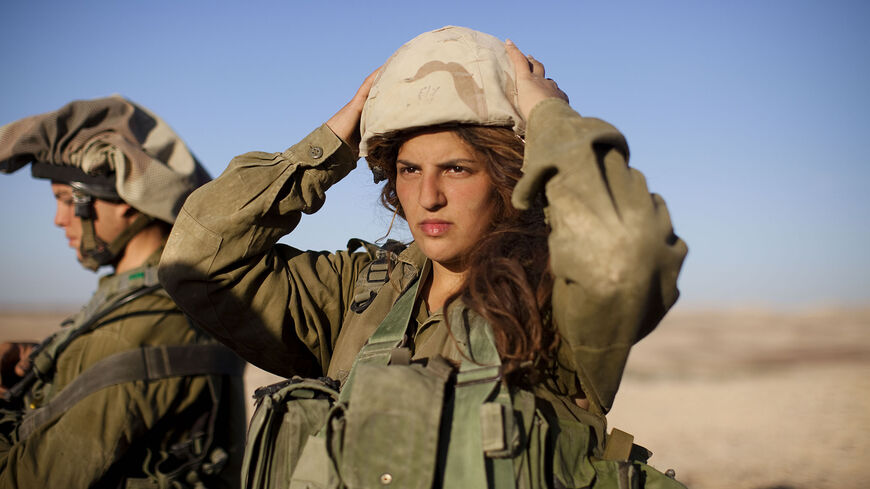 A female soldier in the Karakal Battalion trains near the Israeli-Egyptian border on Dec. 14, 2010, near Azoz, Israel. - Uriel Sinai/Getty Images

Chief of Staff Aviv Kochavi promoted Reut Rettig-Weiss to the rank of colonel yesterday. Retting-Weiss will serve as commander of the Israel Defense Forces’ 99th division’s artillery brigade as well as head an artillery unit at the military’s Tze’elim urban warfare training center in the south of Israel. She will be Israel’s first ever female brigade commander.

Before her promotion, Rettig-Weiss commanded the Artillery Corps’ elite Sky Riders Unit, which gathers intelligence before and during missions using small, rather simple drones. She was also the first woman to ever serve in this capacity.

IDF spokesperson Ran Kochav tweeted after the ceremony, "Dear Reut, congratulations on the glass ceilings you continue to shatter, your pursuit of excellence, the personal example you are setting and the important path you are paving for many excellent women. Good luck!"

Economy Minister Orna Barbivai, who was the first woman to make major-general in the IDF, also congratulated Retting-Weiss, tweeting, "Col. Reut Rettig-Weiss, I salute you for the groundbreaking appointment for a woman to head a brigade." Barbivai was the only female minister out of the nine in the current government to tweet about the news.

The IDF currently has 47 women colonels, up from 24 in 2016. Kochavi announced a plan last year to increase the number of female senior officers in the IDF by 50% in the next five years.

There is a growing trend of women serving in combat units and in other roles previously exclusive to men. Still, the issue remains very sensitive in both the IDF and Israeli society.

On May 28, the IDF announced it would expand the integration of women in the military by opening the air force’s elite Search and Rescue Unit 669 to female recruits. Reports at the time said Kochavi is expected to make other similar decisions over the next few weeks, including integrating women into the mobile unit of an infantry brigade.

Still, experts say that the May 28 declaration was mostly symbolic and did not mark a true revolution in the army. They explain that the decision was made in response to a petition submitted to the Supreme Court, forcing the army to open the unit to female soldiers. In reality, the physical requirements set for women seeking roles in elite combat units are almost impossible to meet.

Experts also point to another factor hindering the integration of women in combat units: Zionist rabbis. Several of these spiritual leaders of the Zionist religious community are against mixed combat units. In the past few years, more religious soldiers have signed up for the armored corps instead of the artillery corps, which has integrated many female soldiers over the past decade.

Last week, more than 700 students of religious high schools signed a petition asking Kochavi not to open the army any further to female fighters and noting they would refuse to serve in mixed-gender units. "We were sorry to hear of your decision to open light infantry units to mixed service as part of a trend to mix women and men in more IDF combat units. It is important to us that we make it clear that according to our way of life and the Halacha [Jewish law] we believe in, we cannot serve in mixed combat units and we will not serve in a mixed brigade because combat service as such invites situations of proximity between men and women forbidden by Jewish law," the students wrote.