With more women assuming combat roles in the IDF, it becomes more plausible that a woman will one day command the IDF and that along the way more women will be able to move from the military into high-level national politics. 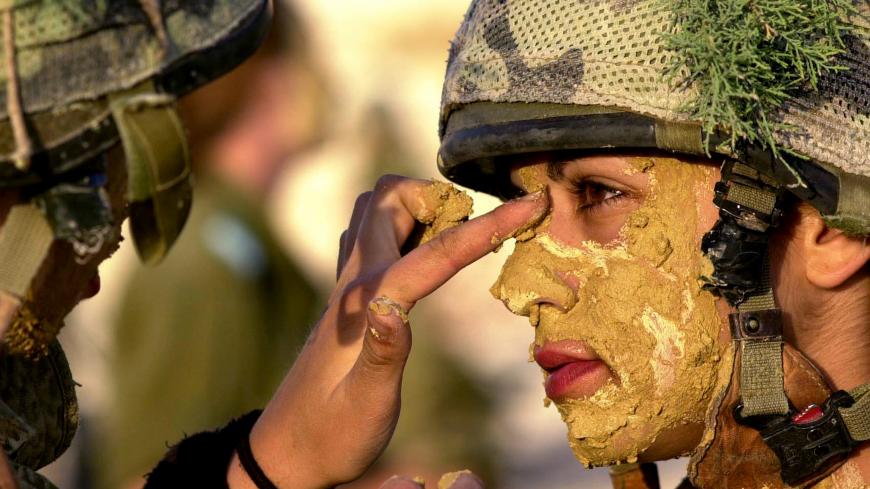 A female Israeli soldier paints the face of a comrade with mud prior to a week-long survival course for women in the infantry, undisclosed location in Israel, May 23, 2005. - REUTERS/IDF/HO OP/TW 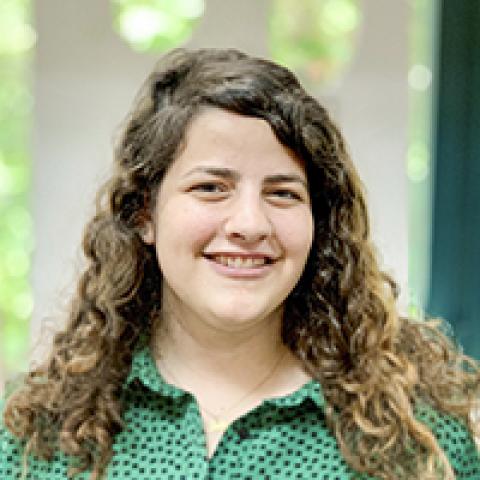 A few hours before the Sept. 17 elections results in Israel, one thing appears certain: The 22nd Knesset will star some senior military officers who traded in their uniforms for suits a few years ago. Four former commanders of the Israel Defense Forces (IDF) are running (three from Blue and White and one from the Democratic Camp), as are retired major generals and brigadier generals. They are not a homogeneous group, coming from varying social groups and parties. With the exception of Maj. Gen. (res.) Orna Barbivai (Blue and White) and Brig. Gen. (res.) Miri Regev (Likud), their only common denominator is gender. All of them are male.

A military presence in parliament has been a fact of life in Israel since its founding 71 years ago. Insignias and medals have always parachuted their wearers into the top echelons of the country’s leadership, for instance the late Prime Ministers Yitzhak Rabin and Ariel Sharon and Defense Minister Moshe Dayan, to name but a few. Significant combat experience remains a prerequisite for reaching most top military ranks and positions, aside from a handful of professional roles.

Until the Supreme Court's landmark Alice Miller (1995) decision, which forced the IDF to admit women to its pilot training course, all combat roles were off limits to women. The restriction meant that women were also excluded from one of the main career paths into Israeli politics.

The ruling in favor of Miller, an IDF officer, set off a revolution with women being accepted into combat roles in the different branches of the military, among them the combat engineering corps and the border patrol. In 2004, the first mixed-gender combat unit, Caracal, was established, and subsequently more and more units were opened to the growing number of women in combat roles. In the 2018 officers training class, one in every 10 cadets was a woman, but that ratio plummets the higher the rank.

“We see the glass ceiling for women’s promotion in the military at about the rank of captain, after which it is much harder for women to get ahead,” said Professor Edna Lumski-Feder of Hebrew University, who studies the role of gender in the military. “It has nothing to do with their ability or inability, but with all sorts of processes related to prejudice, ideology, beliefs, pressures, interests, etc.”

Lumski-Feder told Al-Monitor that the situation of women in the IDF is deeply influenced by the state of Israeli society in general. “More than serving as a catalyst for various processes, the military reflects processes underway in Israeli society,” she explained. “That is why one must examine what forces will be more dominant and less dominant in society — the religious, the right, the left, the secular. It could go every which way, but we know from observing history that whenever there is a trend of integrating women into a variety of roles and higher ranks, reactionary forces from within the organization, and mostly such forces from outside, will try to push back and stop these reforms and changes.”

Lt. Col. Oshrat Bachar, deputy adviser on gender issues to the IDF chief of staff, is far more optimistic. Bachar made history in 2014, when she became the first woman to command a combat battalion, and believes the IDF is on a steady trajectory of improvement in this regard.

“In the past five years, we have set up another three mixed-gender battalions, with 70% of women fighters in each,” she told Al-Monitor. “And as with any evolutionary process, the more women you have in the lower ranks, the more who will ‘float upward.’ Currently, some 30% of officers in core roles in mixed units are women — meaning that they serve as platoon commanders, deputy company commanders and company commanders. We are certain to see them advancing to more senior positions in the future.”

On their way to higher-level positions, many female officers will face a complicating hurdle — motherhood. The average age of Israeli women to have their first child is 27.5, whereas female officers are generally promoted to the rank of major and the job of deputy battalion commander, for example, around the age of 27-28, according to Bachar. Given the difficulties of going through a pregnancy as a staff officer, doing so as a combat field officer is virtually impossible.

“If a woman officer chooses to take on an office staff position to be with her family, we fully enable it,” Bachar said. “I myself had an office job after my daughter was born, then I went back into the field and after that had another staff role. This kind of movement is quite possible and is even something we in the IDF encourage. A senior officer with both staff positions and combat roles on their resume will probably be a better commander with a better understanding of the military. That is why this is not really a gender issue. It is done in order to allow everyone to have a family.”

The women officers who have successfully overcome this obstacle are now seeking to conquer their next target: the rank of colonel, with its whiff of prestige and authority of a senior commander. While a glass ceiling hinders promotion from the rank of captain to major, the ceiling between the combat rank of lieutenant colonel and colonel is made of cement. Translating these ranks to field positions, one finds that a woman has never served as commander of a maneuvering battalion or of an artillery division. Bachar is convinced this will soon change.

“Promoting a woman to the combat rank of colonel could happen next year or within a few years,” Bachar asserted. “We can actually see it in a matter of years, not a decade. In the future, we may have a women chief of staff, as well.”

“Having more women in combat roles and higher ranks would have an impact on society, too. Everything that happens in the IDF affects Israeli society,” she said smiling. “Maybe, we will have more women in politics, then more women in the business world and more women in all public arenas.”

For now, all that remains is to wait patiently for national elections within a decade or two to see if the number of retired officers running for the Knesset will not only increase in number, but also in gender diversity.