IDF not in hurry to integrate women in elite combat units 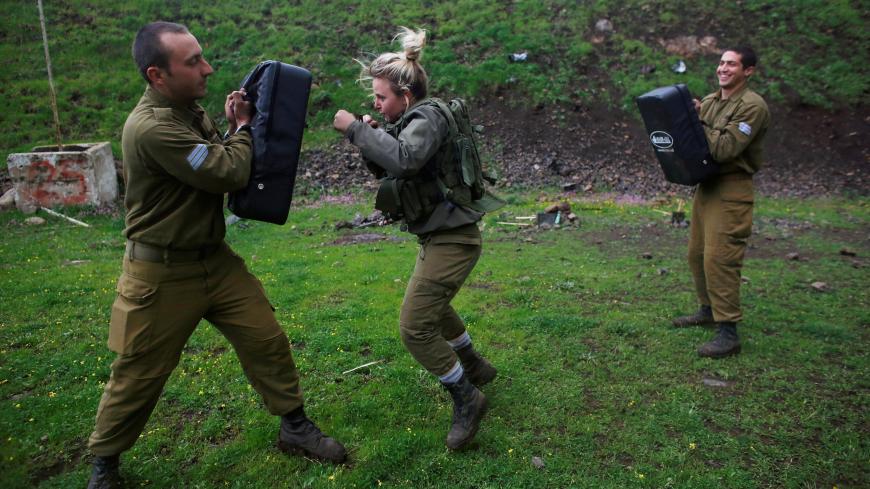 A female Israeli soldier from the Haraam artillery battalion takes part in a training session in Krav Maga, an Israeli self-defense technique, at a military base in the Israeli-occupied Golan Heights, March 1, 2017. - REUTERS/Nir Elias 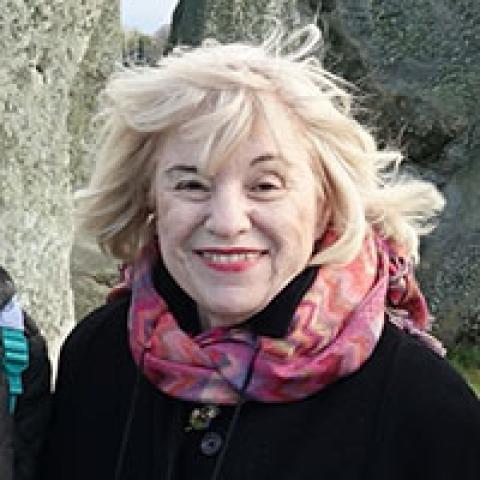 Gali Nishri is a marathon runner. Service in an elite military unit runs in her family and she wants nothing more than to serve in the Shayetet 13 commando of the Israel Defense Forces (IDF), the equivalent of the US Navy SEALs. Mika Klieger successfully completed a tryout for IDF naval officers’ training, but she is eyeing service in the infantry’s Golani commando. Omer Sariya, a bookworm inspired by the exploits of Hannah Senesh, the woman parachuted by the British into Yugoslavia during World War II to assist anti-Nazi forces, dreams of serving in the IDF paratrooper’s commando. Mor Lidani has her sights set on serving in the IDF’s elite counterterrorism Duvdevan commando.

The four youths, cadets in a pre-military academy, petitioned Israel’s top court May 20, demanding that the IDF summon women for tryouts to its elite special operations units just as it does men, in the name of full equality.

“We are not asking for any special treatment. We want the women tested according to the exact same criteria applied to men. If they pass, they serve,” Attorney Yinor Bertental told Al-Monitor. “We specifically want them called for tryouts conducted according to set criteria so that the army cannot wriggle out of allowing them to serve if they pass.”

Bertental knows what he is talking about. In 2019, he petitioned the Supreme Court on behalf of two female soldiers who had successfully completed rigorous training to become tank crewmembers but were not allowed to serve in that capacity. In January 2020, the court rejected that petition, citing a decision by IDF Chief Aviv Kochavi to continue testing the integration of women as tank fighters.

Kochavi reportedly deemed that the first pilot program to integrate women as tank fighters in 2017-18 had not addressed some related issues, such as women’s ability to load tank shells. Thus, a second pilot program will be put in place. But is this a genuine attempt at finding solutions or a delaying tactic? Bertental said that the second pilot will include some 60 rather than the previous 15 participants, and increase the height and weight prerequisites. The idea, in any case, is to have gender-segregated tanks, apparently a concession to rabbis and some religious commanders opposed to co-ed military units.

“With the growing number of men from religious Zionist circles in the army, the conflict with the gender revolution in the IDF has become unavoidable,” Idit Shafran Gittleman, an expert on women’s integration into the IDF and head of the Army and Society program at the Israel Democracy Institute, told Al-Monitor.

The combination of an inherently male-dominated, patriarchal, hierarchal organization and conservative, religious pressures has created a bastion that is hard to breach. While thousands of women serve in combat positions that were closed to them less than a decade ago, Shafran Gittleman concedes that the military often takes one step forward and two steps back. “There is still a large group of people who view the fight for gender equality as a liberal, feminist whim willing to sacrifice the army’s ability to win wars. The fact that equality is not a luxury has still not sunk in,” she said.

The petitioners themselves insist they are not trying to poke the army in the eye. “We want to contribute and volunteer,” Klieger has said in several interviews, but she also believes the petition has a higher purpose than just personal ambition. “If women serve in elite units, this would create a huge shift in social awareness,” she noted. The four women claim that the roles offered to women by the army are “gilded cages, allowing the army to boast of integrating women in combat roles although they are nothing but a misleading fig leaf."

Shafran Gittleman agrees. “This is a super important petition, given that the IDF is a people’s army, with mandatory recruitment, and it plays a key role in shaping society, imbuing values and social norms and creating social mobility,” she said.

The May 20 petition is directed at the IDF and at the newly installed Defense Minister Benny Gantz, whose record on women’s inclusion could be considered spotty.

In 2011, as IDF chief of staff, Gantz was forced to issue an apology after he joked with then-Defense Minister Ehud Barak about female soldiers present at an army exercise in the north. In the comments, caught on an open mike, Barak was heard asking Gantz, “Who are these girls, from the battalion, the brigade?” To which Gantz answered, “They sing on breaks” — a reference to the controversy over women singing in the presence of religious male soldiers.

Two years later, Gantz was quite clear about his views on women serving in infantry units. “I see three parameters for women’s service in the IDF. The first is whether they can carry out operational tasks; the second is whether they can work in the operational environment in which they are placed; and the third is whether this can be done in the required scope. I don’t think we can have companies of women [only] in Golani.” Nonetheless, he added, “There is no problem with a woman being a combat pilot.”

When Gantz entered politics in late 2018, he appointed two former fellow army chiefs to the leadership of his Blue and White party — Moshe Ya’alon and Gabi Ashkenazi — naming very few women to his party’s Knesset slate.

The attitude of distancing women from top security positions was reflected also in the recent nomination of a panel of experts advising the National Security Council on combatting the coronavirus outbreak. The panel included 23 members — all men. In response to a demand by women’s groups to include women, the committee thanked them for their “important letter.”

Nonetheless, Bertental is hopeful. “I think it will be hard for the IDF and the court to deny the petitioners something as basic as equality,” he said, encouraged by the commander of Israel’s northern command Maj. Gen. Amir Baram, who said in a recent interview, “I believe in these women. Those among them able to get into these units on an egalitarian basis, I am with them all the way.”