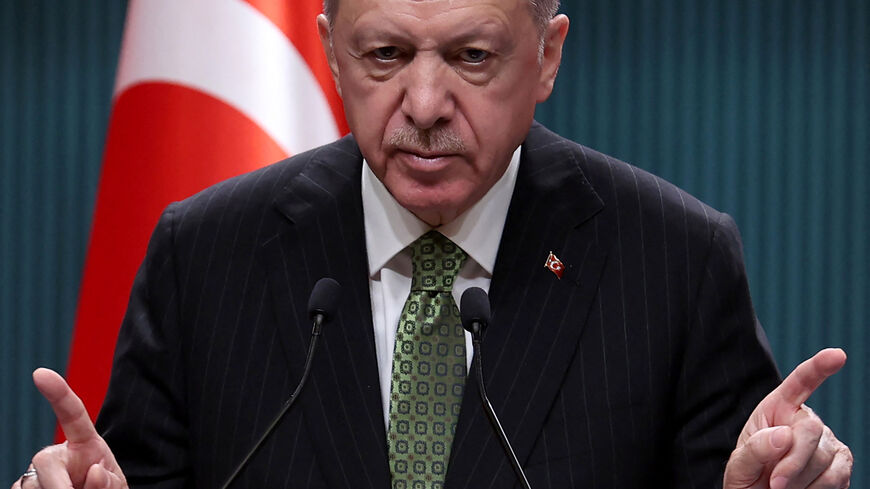 Judicial independence has taken on a new prominence in Turkey ahead of the 2023 polls. Government critics describe recent rulings as further signs of President Recep Tayyip Erdogan's interference in the Turkish judiciary to silence his opponents.

Two judicial proceedings on May 31 provide illustrative examples. Nationalist assailants who punched and nearly lynched Turkey’s main opposition leader Kemal Kilicdaroglu in 2019 have avoided jail time despite being convicted of several crimes. A Turkish court sentenced Osman Sarigul, a primary defendant in a 36-defendant case, to five years in prison, downgrading his jail sentence to probation. Other defendants were sentenced to lesser terms, also avoiding prison time. Ironically, on the same day, prominent opposition official Canan Kaftancioglu went to prison — albeit for a few hours — after the country’s top appeals court upheld her jail sentence over a couple of tweets in 2014. The following day, Istanbul Mayor Ekrem Imamoglu appeared before a judge for criticizing a decision by the country’s Supreme Electoral Council. Prosecutors asked for a four-year jail term and a political ban for the mayor, who is seen as one of three potential front-runners to compete against Erdogan in the next polls.

As news of the rulings rippled through the country, the appointment of Deputy Justice Minister Akin Gurlek, a judge whose rulings have been widely controversial among government critics, has further fueled concerns.

The developments have increased fears for the independence of the judiciary in a country where Erdogan’s critics have been imprisoned over charges described as “bogus” by several international civic and judicial bodies as well as Western capitals. Most recently, Osman Kavala, a prominent Turkish businessman and human rights defendant, was sentenced to life imprisonment in April over what the US State Department called “specious charges.” Gurlek was one of the presiding jurists in one of Kavala's trial.

According to political commentator Dincer Demirkent, the rulings and appointment are part of a pressure campaign by Erdogan’s government against his critics. He pointed out steadily growing pressure, from a bill that would crack down on social media and the government’s crackdown on human rights and anti-government demonstrations to the cancellation of scores of music concerts and public gatherings by local authorities as well as legal cases against members and officials of opposition parties.

“Turkey is heading toward the elections in a climate of great pressure,” Demirkent told Al-Monitor, arguing that the government “has been relying on such a climate” to improve its electoral fortunes ahead of the polls amid economic turmoil.

Meanwhile government supporters seem to be operating with impunity.

According to Kilicdaroglu’s attorney Celal Celik, the May 31 ruling is a case in point. Celik said that the authorities downplayed the incident from the get-go by trying the assailants in a lower criminal court, arguing that the prosecutors failed to accuse the men of attempted murder under political pressure. Kilicdaroglu narrowly escaped the lynching attempt by a nationalist group during a funeral of a Turkish soldier in 2019. He joined the funeral service in defiance of a call by Interior Minister Suleyman Soylu to “ban" the Republican People's Party (CHP) members from soldiers’ funerals. Two years later, Erdogan openly praised a group of perpetrators of a mob attack on Good Party leader Meral Aksener in Turkey’s Black Sea province of Rize, saying that she "was given a good lesson."

The ruling "has another significant message," observed political commentator Esat Aydin, who claimed that it sent an emboldening message to the government’s supporters. He said the government didn't hesitate to change out the presiding judges in trials against its supporters. “Erdogan sends the message to his supporters: You will never get into trouble as long as you walk with me. But if you don't walk with me then here are the outcomes,” he told Al-Monitor.

Celik agreed, stressing that the aim of punishment should be deterrent. “If you override this principle, you pave the way for potential attacks,” he said. “People attack the leader of the main opposition with sticks and guns, calling for his murder and depriving him of his liberty. But then, no one spends a day in jail. Then you cannot expect that it will not happen again tomorrow.”

According to Omer Faruk Eminagaoglu, former head of the Association of Judges and Prosecutors, the ruling indicates ominous prospects for the country ahead of the June 2023 polls, “creating a climate that can encourage” new attacks on opposition officials. “This climate,” Eminagaoglu argued, “signals us that similar attacks may increase during the campaigning period.”

Describing the ruling as the “latest blow” to the possibility of holding a fair election in the country, Eminagaoglu said that the increasing prospect of new attacks could blow a deal to the opposition parties’ campaigns.

Turkey witnessed a similar climate in 2015 after Erdogan’s ruling Justice and Development Party (AKP) lost its parliamentary majority in the polls. After the government’s decision to call snap polls in November under pressure from the president, the peace process between the government and the outlawed Kurdish militants collapsed. The government launched a massive crackdown on HDP politicians and members. The country descended into security chaos, shaken by several Islamic State bomb attacks across the country, targeting mainly HDP rallies and civic protests and killing hundreds of civilians. The AKP restored its parliamentary majority in the Nov. 1 polls.

Yet Erdogan and his ruling party are in a drastically different political landscape right now. Ahmet Davutoglu, who was the prime minister in 2015, has set up his own party, joining forces with the CHP-led opposition bloc.

While agreeing that the success of the government's pressure strategy “will depend on the counter-strategy” that the opposition pursues, Demirkent paints a less optimistic picture. Stressing that fair and free elections depend on civic groups, opposition forces and unions’ ability to influence the process, he concluded, “Ultimately, we have hope that democracy will win. But from the point of view of a political scientist, from someone who knows how things work, I find it difficult to express this hope easily.”