The Abraham Accords could enable Israel to share missile defense technology with Arab Gulf countries in a joint defensive architecture against Iran. 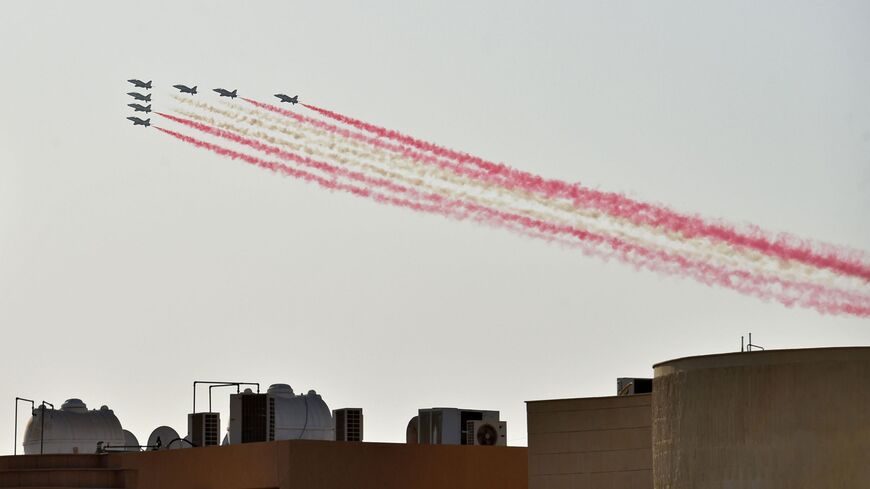 Bipartisan legislation introduced in Congress today would require the Pentagon to present a strategy for integrating the air defense capabilities of Israel and Arab states in order to counter ballistic missile and other projectile threats from Iran and its proxies.

The bill, led in the Senate by Joni Ernst (R-Iowa), mandates a report on the Pentagon’s plans be presented to lawmakers no later than 180 days after its passage.

Why it Matters: US Central Command has sought to support efforts by Gulf states such as Saudi Arabia and the United Arab Emirates to knit together seams in their air defense capabilities as Iran has rapidly developed its own offensive missiles and drones in recent years.

Iran’s proxies have repeatedly struck Saudi Arabia with drones and both ballistic and cruise missiles amid the Riyadh-led campaign against Iran-backed Houthi rebels in Yemen. At the same time, the US has withdrawn a number of its own air defense batteries from the Gulf as Washington shifts strategic focus to countering the military and economic rise of China. Such decisions have increased friction between Washington and its Gulf allies.

Earlier this year, the Houthis claimed credit for drone attacks that landed in the United Arab Emirates for the first time, prompting Abu Dhabi Crown Prince Mohammed bin Zayed to seek additional US military support. American officials have accused Iran of pushing groups such as the Houthis to launch such cross-border projectile strikes.

One next major step is to bring Israeli technology and expertise into the equation. CENTCOM commander Gen. Michael “Erik” Kurilla told lawmakers in February that Israel’s peace deals with Arab states and incorporation into CENTCOM’s area of responsibility present “some of the greatest opportunity” for helping to build an integrated air defense architecture among US allies in the Middle East.

Which Countries: The bill requires the Pentagon to work with GCC countries as well as Iraq, Israel, Jordan and Egypt.

What’s Next: Lawmakers aim to include the new measure in the 2023 defense spending bill, Ernst said during a press conference outside the Capitol this morning.

She emphasized that the legislation is “entirely separate” from the Biden administration’s efforts to rejoin the 2015 nuclear deal with Iran, known as the JCPOA, noting that it has support among some lawmakers who oppose the Vienna talks.

“The intent of the bill is to secure the skies,” said Rep. Jimmy Panetta (D-Calif.). "It would protect our partners in the region by building off the existing partnership of the Abraham Accords."

Overt Israeli cooperation with Riyadh may have to wait, however, as the kingdom’s leadership is reportedly not yet quite ready to normalize relations with the Jewish state.

Know More: Read the text of the new bill here.