The US hit five individuals with economic sanctions over aiding jihadi recruits via money transfer. 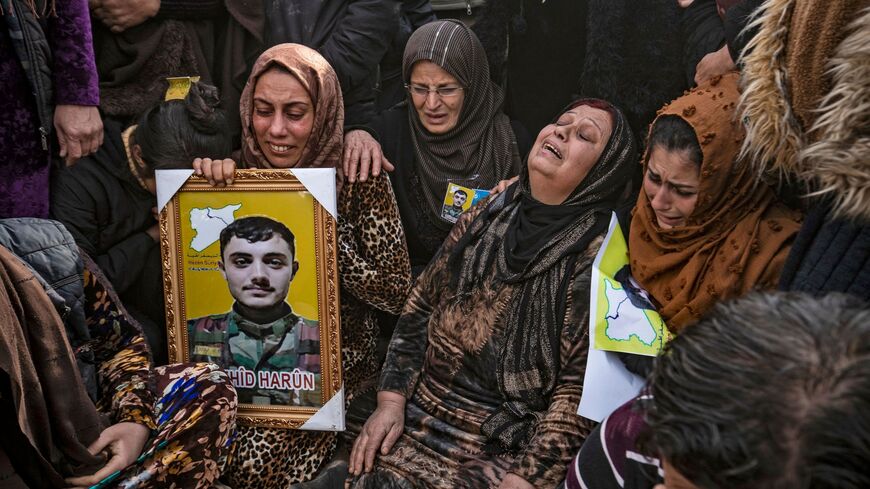 People take part in a funeral in Syria's northeastern city of Hasakeh on Feb. 4, 2022, for Syrian Democratic Forces (SDF) fighters killed in clashes during a jailbreak attempt by the Islamic State (IS) group at the Ghwayran prison.. - AFP via Getty Images

Members of the network played key roles in helping IS recruits join the group, and moved funds to help IS fighters obtain weapons and for children to be smuggled out of IS detention camps in Syria, the US Treasury Department said in a statement.

One member of the network, Dwi Dahlia Sustani, is accused of assisting IS members with money transfers from all three countries. Sustani helped her husband deliver nearly $4,000 and weapons to an IS leader, distributing roughly $500 of that money to fellow IS supporters, the department said.

Why it matters: The new sanctions show that despite IS’s military defeat in 2019, the group retains ardent sympathizers willing to lend assistance from abroad.

The group has continued to smuggle affiliates out of prison camps run by Kurdish-led forces in northeast Syria to Idlib (where two subsequent IS leaders were found and died during US Special Forces raids), Deir Ezzor and Raqqa provinces.

Counter-IS strategy: The sanctions came just two days before a foreign ministers’ meeting of US-led anti-IS coalition member states is to be held in Morocco’s capital.

In January, the jihadist militants staged a massive prison break at a detention facility in the northeast Syrian city of Hasakah.

What’s next: With few easy options, Washington’s Syria policy appears to be in a holding pattern.