The Islamic State has been smuggling boys out of displacement camps to train in the Syrian desert. 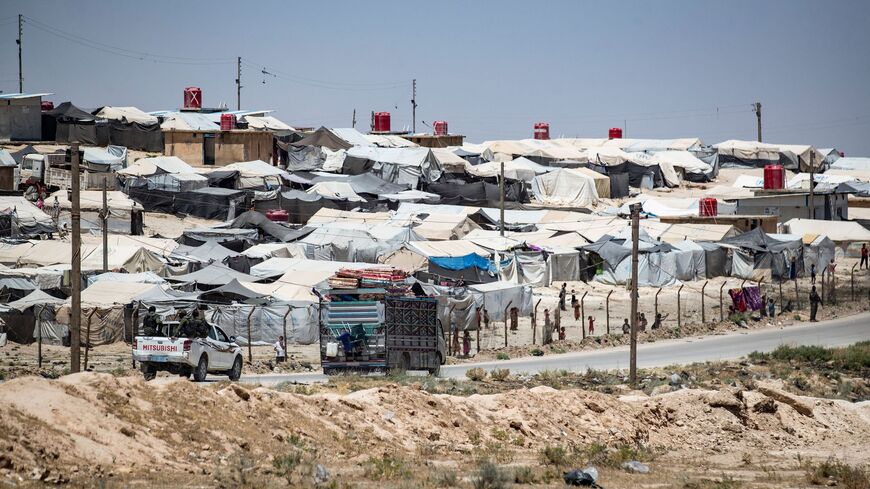 A five-day raid that targeted Islamic State members inside northeast Syria’s sprawling al-Hol detention camp in March appears to have led to a reduction in killings there, the US military reported.

The raid led to the arrest of 125 people in the camp, including what security forces there say was a five-member assassination squad of Iraqi men believed to have been involved in a series of grisly murders in the camp.

Yet US CENTCOM assessed that the lull in violence may only be temporary, as an uptick of eight murders were recorded in the camp in June alone, according to a new report released by the Pentagon’s inspector general.

CENTCOM assesses that the Islamic State retains a “strong” presence in the camp, which houses more than 50,000 family members of IS fighters captured or killed during the war against the jihadist group.

Conditions in the underserved camp, which is run by the US-backed and Kurdish-led Syrian Democratic Forces, have been described as “horrifying” by Fabrizio Carboni, the Middle East regional director of the International Committee of the Red Cross.

Another 10,000 captured IS fighters remain in prisons that dot northeast Syria. That swath of the war-torn country is controlled by Kurdish-led militias backed by the US-led international coalition to destroy the jihadist group.

Speaking at a conference in northeast Syria last week, Lt. Gen. Paul Calvert, commander of the US-led coalition to defeat IS, pledged continuing international support for the SDF and additional funding for the prisons holding IS detainees that the Kurdish-led militias control.

IS recruiters also continue to recruit boys and teenagers out of displacement camps in the region, smuggling them to remote training camps to fight in the Syrian desert, the report stated, citing an assessment by the Defense Intelligence Agency.

The SDF and international coalition captured IS’ final territory in eastern Syria in 2019, but the group remains “a well-entrenched” low-level insurgency in both Syria and Iraq, the military reported to the inspector general. IS’ attacks in Iraq remain more sophisticated than those in Syria.

The group continues to inflict casualties on forces aligned with the regime of President Bashar al-Assad in Syria’s eastern desert, though there has not been a successful attack on US forces since a deadly suicide bombing in a Manbij restaurant in 2019.