Botched suicide bombings came less than two weeks after the top US general in the Middle East sounded the alarm over security and humanitarian conditions at al-Hol camp. 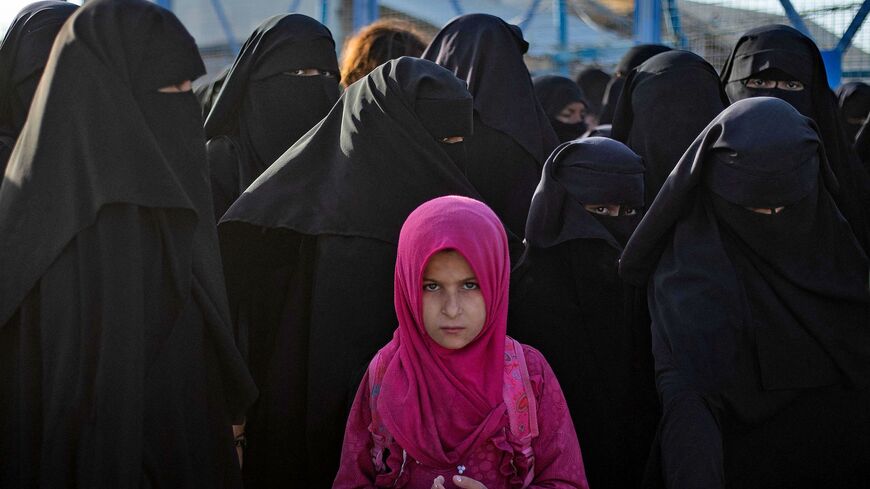 A picture shows the Kurdish-run al-Hol camp, which holds relatives of suspected Islamic State (IS) group fighters in the northeastern Hasakeh governorate, during a security operation by the Kurdish Asayish security forces and the special forces of the Syrian Democratic Forces, on Aug. 26, 2022. - DELIL SOULEIMAN/AFP via Getty Images

Four Islamic State (IS) fighters are dead and one has been captured after attempting a suicide attack this week aimed at the largest prison camp holding IS detainees in northeast Syria.

Seven IS jihadists packed into two explosives-laden cars were passing through the village of Um Fakik, some 12 miles northeast of al-Hol, after midnight on Tuesday when one of the vehicles detonated prematurely, the US military said in a statement today.

No SDF members were hurt, though four IS fighters were killed. One additional fighter was captured alive by the SDF, Buccino said. It remains unclear what became of the other two suspected jihadists.

The Kurdish-led alliance announced today that its police forces disabled a third car bomb at a farm in the village of al-Qayrawan, not far from al-Hol, after receiving a tipoff.

Why it matters: The attempted bombings appear to be IS’ response to an SDF operation that rounded up suspected jihadist organizers inside al-Hol camp in recent weeks.

The commander of all American forces in the Middle East, US Army Gen. Michael “Erik” Kurilla, visited al-Hol earlier this month and urged the international community to repatriate foreign citizens from the camp, saying most detainees there can be returned home and rehabilitated.

Three subsequent CENTCOM commanders have now warned that the indefinite languishing of some 56,000 IS family members in al-Hol portends a significant threat to future regional stability.

“With approximately 80 births in the camp each month, this place is a literal breeding ground for the next generation of ISIS,” Kurilla warned earlier this month.

The majority of detainees at the camp surrendered during the US-led coalition’s final battle against IS in 2019.