The State Department said the new Iraqi law promotes “an environment of antisemitism.” 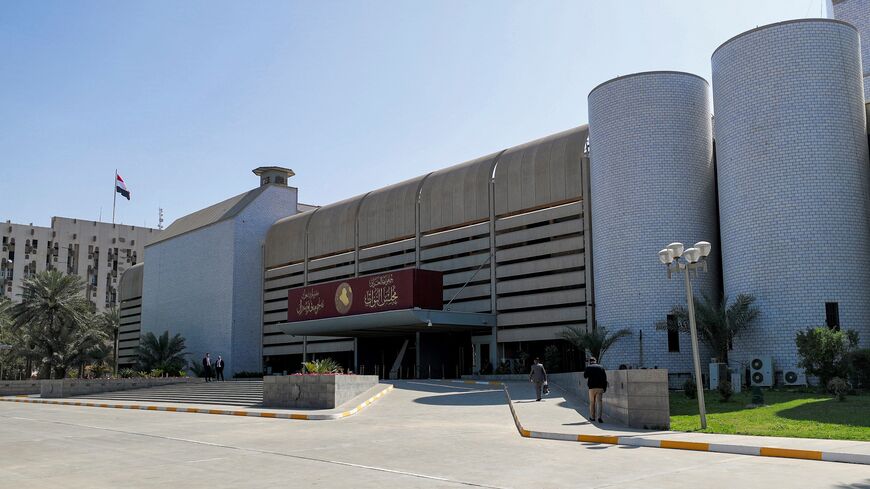 This picture taken on March 26, 2022 shows a view of the exterior of Iraq's Council of Representatives, the country's unicameral legislature, in the capital Baghdad's heavily fortified "Green Zone." - AHMAD AL-RUBAYE/AFP via Getty Images

The Biden administration says it is “deeply disturbed” by a new Iraqi law that criminalizes a range of “normalization” interactions with Israel.

On Thursday, 275 lawmakers of the 329-seat Iraqi parliament voted in favor of the law, titled “Criminalizing Normalization and Establishment of Relations with the Zionist Entity.”

The law criminalizes activities including traveling to or from Israel, visiting any of its embassies, participation in conferences linked to Israel and promoting Zionist ideas.

Violations of the law are punishable by life in prison or even death. The anti-normalization law expands on a 1969 law criminalizing communication with Israel.

In a statement, the State Department said Thursday that the new Iraqi law undermines freedom of expression and promotes “an environment of antisemitism.”

“This legislation stands in stark contrast to progress Iraq’s neighbors have made by building bridges and normalizing relations with Israel, creating new opportunities for people throughout the region,” said State Department spokesperson Ned Price.

“The United States will continue to be a strong and unwavering partner in supporting Israel, including as it expands ties with its neighbors in the pursuit of greater peace and prosperity for all,” Price said.

The two countries lack diplomatic relations. Iraq has technically been at war with Israel since the Jewish state’s founding in 1948, and Iraqi citizens are barred from visiting Israel.

The new Iraqi law comes as the Biden administration seeks to build on the Abraham Accords. Under the Trump-brokered normalization deals, the United Arab Emirates, Bahrain, Morocco and Sudan recognized Israel.

US officials are reportedly discussing normalization with Saudi Arabia, which has called for recognition to be offered only in exchange for Israel’s complete withdrawal from the Palestinian territories occupied since 1967.

Influential Shia cleric Muqtada al-Sadr, whose bloc in the Iraqi parliament proposed the legislation, praised its passage as a “great achievement.” His supporters gathered in Baghdad Thursday to celebrate.