The Emirati government decided to sell bonds in dirhams to boost the local banking sector and diversify financially. 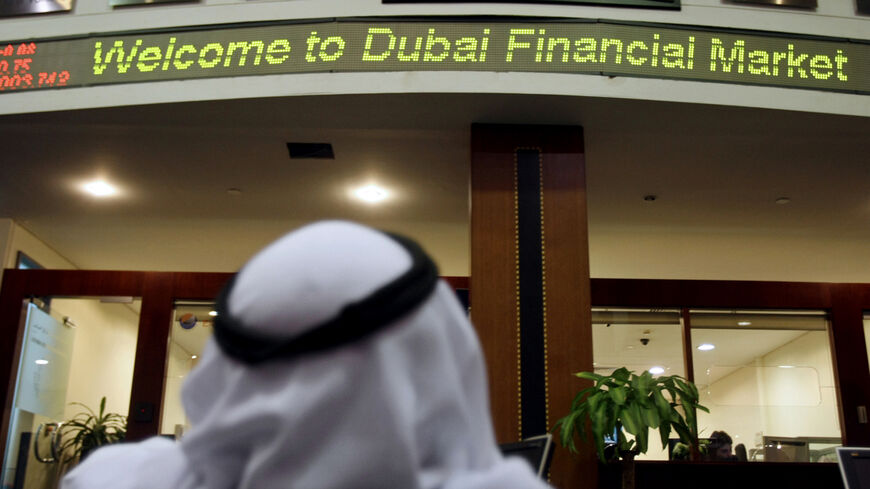 An Emirati man follows the market's movement at the Dubai Financial Market in the Gulf emirate on December 1, 2009. - KARIM SAHIB/AFP via Getty Images

The United Arab Emirates released today the results of its first bond auction in dirhams.

Why it matters: The UAE decided last month to sell treasury bonds in dirhams in a bid to bolster the Emirati banking sector and diversify the government’s financial assets.

Treasury bonds are debt securities that in this case represent the UAE government’s obligation to repay the buyer for the designated amount plus interest. States often sell such bonds as a means to finance their expenses.

The UAE had never sold bonds until last year when they began selling bonds priced in US dollars.

The Gulf state is seeking to diversify financially and reduce its dependence on oil exports. Relatedly, the UAE decided in January to implement a corporate tax in a bid to boost government revenue.

The first round of the bond sale was successful. The Ministry of Finance targeted sales worth $400 million at the auction.

What’s next: The next bond sale will take place on June 20. The ministry also said today that the bonds will “soon” be listed for sale on the Nasdaq Dubai stock exchange.