The UAE and Greece have become close allies in recent years. 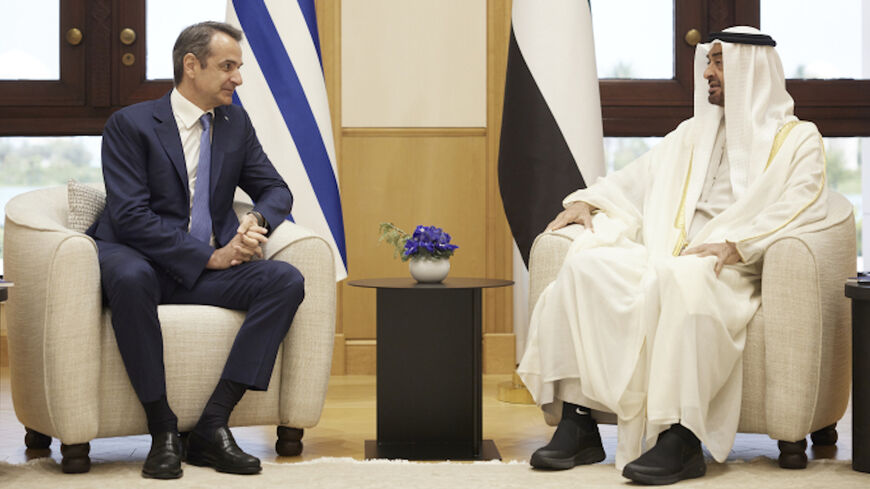 ADQ signed an “investment partnership” agreement with the Greek state-owned Hellenic Development Bank and the Greek sovereign wealth fund the Hellenic Development Bank of Investments worth 4 billion euros (about $4.2 billion). The three entities will invest in a variety of sectors in Greece per the agreement, including renewable energy, infrastructure, agriculture, technology, health care and life sciences, ADQ said in a press release.

“Bilateral relations between the UAE and Greece have strengthened in recent years, particularly in the areas of trade and economic development,” said ADQ CEO Mohamed Hassan Alsuwaidi.

The signings occurred during Greek Prime Minister Kyriakos Mitsotakis’s visit to the UAE.

Why it matters: The UAE and Greece have forged a strong economic and military alliance in recent years. Last year, the countries’ official export credit agencies signed an agreement to boost bilateral trade. In 2020, the two states inked a foreign policy and defense cooperation deal.

Much of their relationship is based on their shared rivalry with Turkey. Greece opposes Turkey’s offshore drilling activities in what it says are Greek and Cypriot waters. Turkey and the UAE have been on the opposite sides of several regional issues in recent years, including the Arab Spring and the Libyan civil war. Turkish President Recep Tayyip Erdogan’s visit to the UAE in February helped repair ties somewhat. Turkey and Greece also resumed talks last year aimed at reconciling their differences.

Know more: ADQ has been active in several sectors and countries this year. In February, they received permission to a launch a new financial technology (fintech) app. In April, the firm invested in several Egyptian state-owned companies.