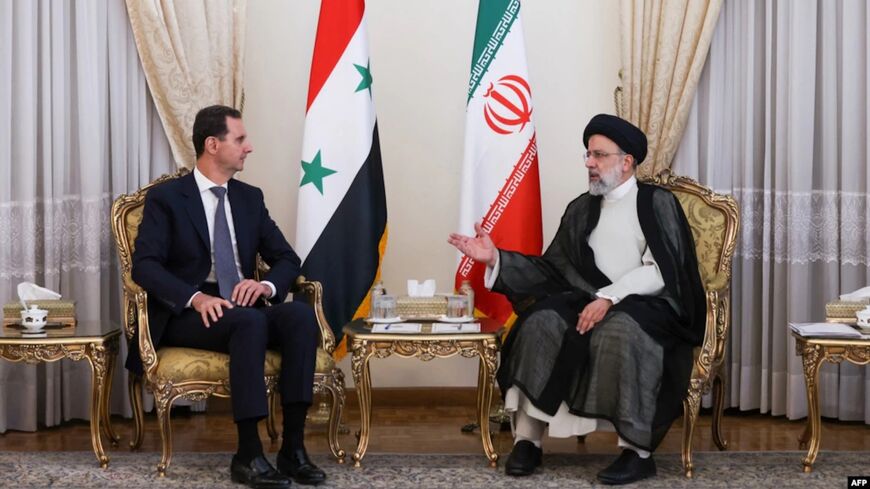 Since the outbreak of the COVID-19 pandemic in February 2020, Khamenei has not met with many foreign officials. The only other head of state to meet with Khamenei in recent years is Iraqi Prime Minister Mustafa al-Kadhimi.

During the meeting with Assad, Khamenei praised Syria’s resistance in the country’s civil war, which Iran often refers to as an “international war” given the support the Syrian opposition had from Western and regional Arab countries. He called for an expansion in relations between the two countries.

Khamenei continued, “The Syria of today is not the Syria of before the war. While the destruction [from the war] was not there, but today the respect and confidence of Syria is more than it was previously and everyone looks at Syria as a power.” Khamenei attributed Assad himself as being one of the factors in winning the war and expressed hope that Assad would use the same energy in the reconstruction of the country post-war.

Speaking of former Quds Force commander Qasem Soleimani, who was assassinated by the United States outside Baghdad's airport in January 2020, Khamenei said that Syria held an important place for him and he worked as tirelessly in the Syrian war as he did in the Iran-Iraq War. He added that the ties between Iran and Syria “are essential and they must not allow them to be weakened but rather reinforced.”

Speaking of the relations that some Arab countries have with Israel, Khamenei said that the heads of these states meet with Israeli officials and drink coffee together, but on Quds Day rallies, which Iran first initiated in 1979 after the Islamic Revolution on the last day of Ramadan as a pro-Palestine solidarity movement, the streets are full of people chanting anti-Zionist slogans. He added, “This is the reality of the region today.”

During the meeting, Assad praised Iran’s stance on regional issues over the last four decades, especially with respect to Palestine. He said the factor that has prevented Israel from consolidating power in the region is Iran and Syria’s relationship and resistance.

It’s not clear why the trip was made or what essential information needed to be discussed. Since the outbreak of the war, Assad has not left the country often and has only made rare visits to other countries. With the war seemingly coming to an end and other regional countries accepting the reality that Assad will not be toppled, many are seeking to improve relations and possibly take part in reconstruction efforts. It is possible that Iran is seeking to further solidify ties before Arab countries in the Persian Gulf start pouring money into the country and thus themselves angle for political and economic influence in Syria.