By quitting the coalition, Meretz Knesset member Ghaida Rinawie Zoabi has changed the balance of power in the Israeli parliament and given the opposition a majority. 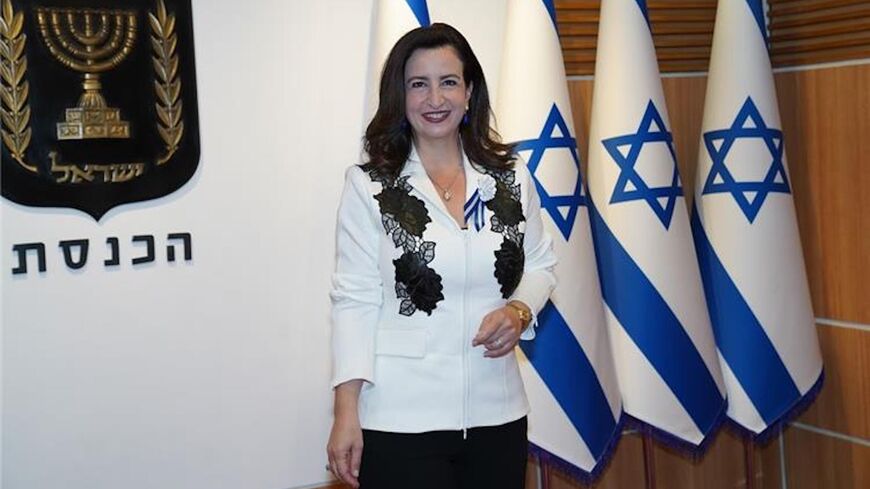 Knesset member Ghaida Rinawie Zoabi poses for a photo at the inauguration of the 24th Knesset, April 6, 2011. - Danny Shem-Tov

Israel’s government suffered a serious setback today when Meretz Knesset member Ghaida Rinawie Zoabi announced she would no longer be part of the coalition.

In a letter addressed to Prime Minister Naftali Bennett and Foreign Minister Yair Lapid, Rinawie Zoabi wrote, "I entered politics because I saw myself as an emissary of Arab society, which I represent. A year ago, I joined the coalition. I labored diligently for its success, because I believed that Jewish-Arab partnership in such a coalition could offer a true ruling alternative and a real window of hope for Arab society, a new way of equality and dignity. Unfortunately, over the last few months for narrow political reasons, the heads of the coalition chose to strengthen their right side."

Rinawie Zoabi claimed that the heads of the coalition repeatedly espoused hawkish right-wing positions on key issues pertinent to Arab society "such as Al-Aqsa and Temple Mount, [east Jerusalem Palestinian neighborhood] Sheikh Jarrah, the settlement and occupation enterprises, house demolitions and land expropriation in Arab villages in the Negev region and, of course, the nationality law."

She argued that the current coalition is composed of two classes: the "upper class," which keeps making demands, and the "lower class," the Arab coalition partners who are subject to constant pressure and political blackmail.

Rinawie Zoabi reportedly did not inform her party leader Health Minister Nitzan Horowitz of her intentions, nor did she tell Bennett or Lapid in advance.

With her quitting, the coalition now has only 59 Knesset members out of 120. It had lost its majority in early April, when coalition whip Idit Silman, a member of Bennett’s Yamina party, quit to join the opposition.

Despite Silman’s departure, the government managed to keep functioning. The opposition Joint List had thwarted the Likud's May 9 efforts to win non-confidence vote against the government, but the party made it clear it will no longer serve as safety net for the government.

In order to dissolve the Knesset and hold new elections, the opposition must win a non-confidence vote. It needs to win a simple majority in a preliminary Knesset vote and then an absolute majority of 61 at the second and third Knesset hearings. According to the coalition agreement, if the government is toppled by a Meretz parliamentarian, Bennett will remain caretaker prime minister during the election period and until a new government is formed. If the opposition win a majority in the non-confidence vote, new elections could be announced as early as mid-September. It would be the fifth election round in in Israel in three years.

Joint List chair Ayman Odeh said today that Rinawie Zoabi was right that the government should be toppled for its hawkish decisions.

Likud faction chair Yariv Levin said after her announcement that the “failed government” of Bennett and Lapid “has turned into a minority government. Now it’s clear the government has lost its right to exist.”

In reference to Sage Bar Yochai, whose death anniversary was marked last night, Shas leader Aryeh Deri tweeted, “The merits of holy Rabbi Shimon Bar Yochai will help us remove an evil government from the land.”

Meretz Knesset member Mossi Raz expressed hope that Rinawie Zoabi will change her mind, saying “We need to learn what happened, talk to her, and I hope we can straighten things out. I think we can find solutions.”