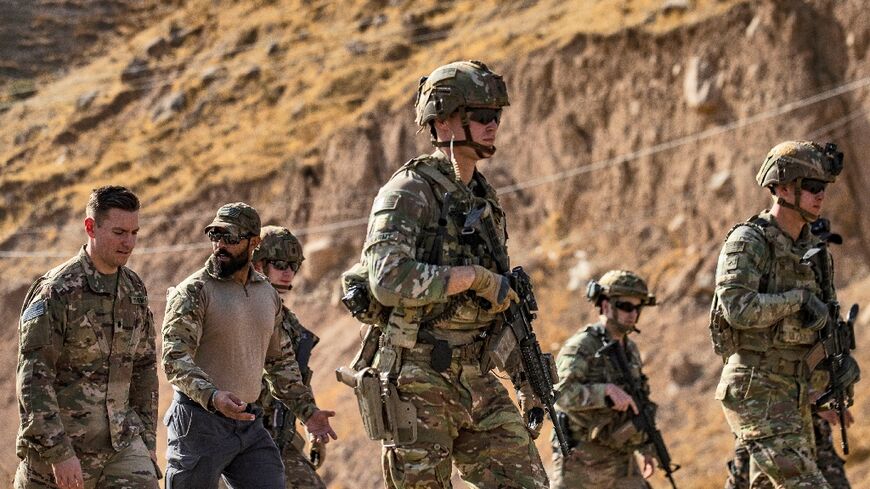 An investigation into a 2019 strike by US forces in Syria that killed numerous civilians found no violations of policy or wanton negligence, the Pentagon said Tuesday.

The internal US Army investigation focused on an operation by a special US force operating in Syria which launched an airstrike on an Islamic State bastion in Baghouz on March 18, 2019.

The investigation was sparked last year after the New York Times reported that in the original strike the US military had covered up dozens of non-combatant deaths.

The Times report said that 70 people, many of them women and children, had been killed in the strike.

The Times report said a US legal officer "flagged the strike as a possible war crime" and that "at nearly every step, the military made moves that concealed the catastrophic strike."

But the final report of the investigation rejected that conclusion Tuesday.

It said that the US ground force commander for the anti-Islamic State coalition received a request for air strike support from Syrian Democratic Forces fighting the extremists.

The commander "received confirmation that no civilians were in the strike area" and authorized the strike.

However, they later found out there were civilians at the location.

"No Rules of Engagement or Law of War violations occurred," the investigation said.

In addition, the commander "did not deliberately or with wanton disregard cause civilian casualties," it said.

The report said that "administrative deficiencies" delayed US military reporting on the strike, giving the impression that it was being covered up.

The Times cited an initial assessment of the incident saying that about 70 civilians could have been killed.

Pentagon Spokesman John Kirby said that 52 combatants were killed, 51 of them adult males and one child, while four civilians died, one woman and three children.

Another 15 civilians, 11 women and four children, were wounded, he said.

Asked if anyone was being punished for the civilian deaths, Kirby said the investigation did not find the need to hold any individuals accountable.

The probe "did not find that anybody acted outside the law of war, that there was no malicious intent," Kirby said.

"While we don't always get everything right, we do try to improve. We do try to be as transparent as we can about what we learn," he said.