The admission of potential civilian harm comes after the US defense secretary ordered a new review of a separate lethal strike in Syria. 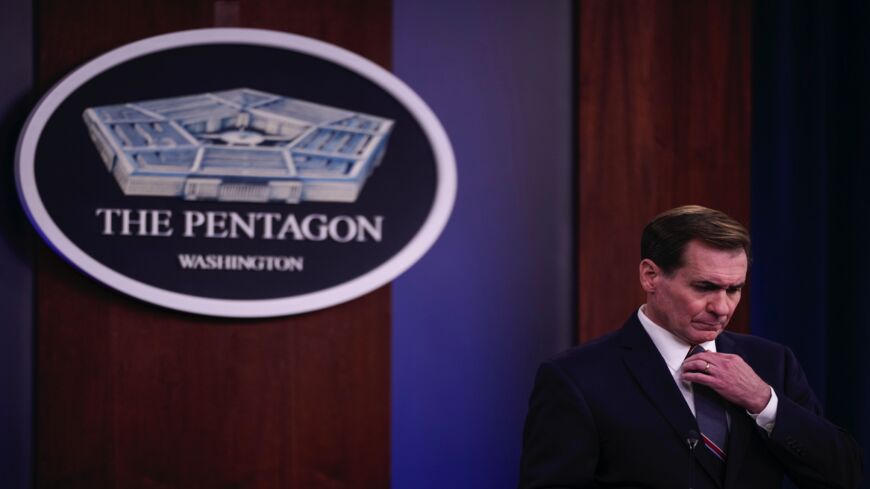 Pentagon Press Secretary John Kirby listens to questions from reporters during a press briefing at the Pentagon on Sept. 3, 2021, in Arlington, Virginia. - Drew Angerer/Getty Images

Huras al-Din is an offshoot of al-Qaeda in Syria. Kirby identified the target by name as Mus’ab Qinan.

CENTCOM said in a statement on Friday that it had initial indications that civilians may have been harmed in the strike.

“We abhor the loss of innocent life and take all possible measures to prevent them. The possibility of a civilian casualty was immediately self-reported to US Central Command,” spokesperson and US Navy Capt. Bill Urban said in a statement emailed to reporters.

The Associated Press reported earlier today that a family of six was wounded in the strike, including a 10-year-old child, near the town of Mastoumeh.

The missile strike targeted a man on a motorcycle whom the civilian victims were attempting to pass in their car, according to the AP report.

The strike wounded a 52-year-old farmer from Afrin, as well as his wife and four children. Their youngest son was reportedly hospitalized in Idlib city with serious head injuries. The man’s wife, identified as Fatima Gargouh, 48, reportedly suffered from a broken leg in the strike.

A spokesperson for CENTCOM was unable to confirm details of the report.

The strike comes just a week after US Defense Secretary Lloyd Austin appointed the head of US Army Forces Command, Gen. Michael Garrett, to oversee a review of a 2019 airstrike in Syria that The New York Times reported may have killed as many as 60 civilians.